Robert Pattinson Beard & How You Can Ace This Thick Style 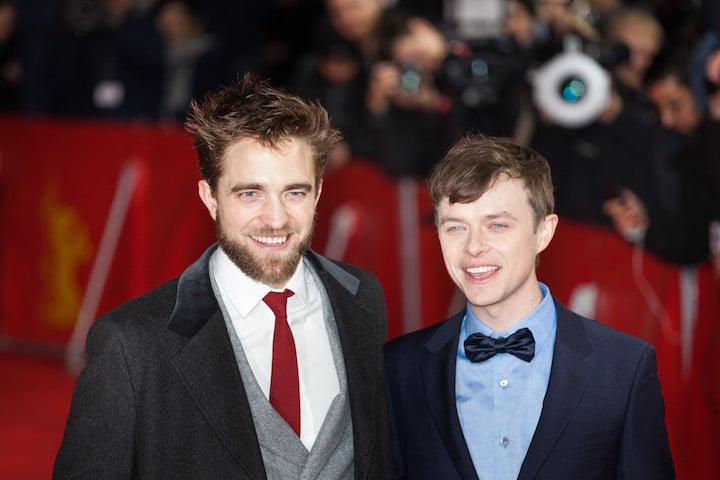 The Robert Pattinson we know and love from the Twilight Saga is all grown up now, and he has a beard! Most of us remember Robert as a young sparkling vampire from the Twilight movies or a young wizard from that one Harry Potter movie. But in none of those did he have a Beard.

However, since then, Robert Pattinson has expanded his career and showed how talented he is. With roles in movies like The Lighthouse and Tenet, Robert showed his wide specter of acting skills and proved to everyone that he is not only a goth, clean-shaven vampire. He can take on more serious roles, and it doesn’t get more serious than playing Bruce Wayne in the upcoming The Batman movie.

Besides changing up his roles a bit, Pattinson has also shifted his style. With more serious roles comes a much more dignified look with a beard. Robert hasn’t settled down on a single beard style, though. He keeps changing them, he has yet to try on some impressive mutton chops, but his choices have been hit or miss for now. Nevertheless, a stylish beard suits him, as he can’t remain a vampire… I mean a boy forever.

Robert Pattinson was born in London, England, in 1986. He grew up with two older sisters and attended the Tower House School, from where he was expelled at the age of 12 for shoplifting adult magazines. Nevertheless, he finished school at the Harrodian School and started working as a photo model and appeared in various British fashion magazines. It was an early gig that helped him get some pocket money.

Soon after, Pattinson began attending the London Theatre Club while he was 15, where he was spotted by a talent agent while performing the role of George Gibbs in the play Our Town. Not long after that, he was cast in his first significant role and appeared as Cedric Diggory in Harry Potter and the Goblet of Fire in 2005.

Staring in the Harry Poter franchise opened the door for Robert to some other significant roles. So when an opportunity came knocking, he grabbed it and became known as Edward Cullen, the role he played in all four Twilight movies.

After that, Robert Pattinson started expanding his career by appearing in several lesser-known indie projects. He surprised everyone with his performance in movies like The Rover and Maps to the Stars, where he stole the show. But the most recent roles where he completely threw off the Twilight guise were in Robert Eggers’ The Lighthouse and Christopher Nolan’s Tenet.

These performances were enough to help Robert Pattinson get cast in the role of a lifetime as he will be the next one to dawn the cape and cowl of Gotham’s crusader and become the dark knight, a hero that nobody wanted but a hero that we all need. Matt Reeves’ The Batman promises to be a redefining tale for the bat. 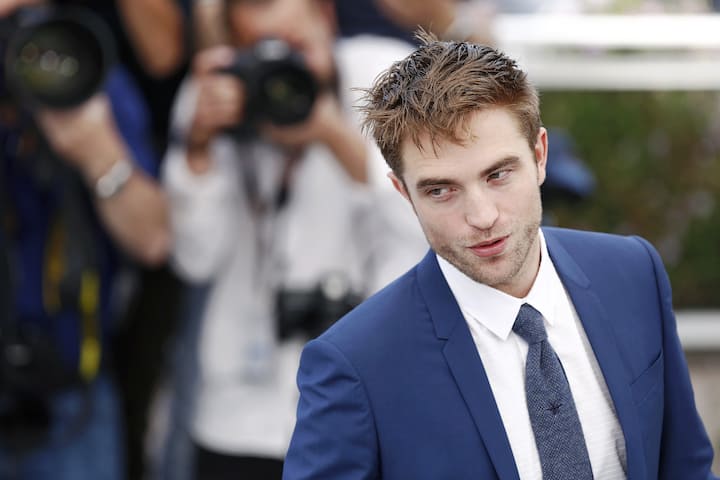 Early on in his career, Robert Pattinson was mainly known for the shallow lines that the script made him say. So you might remember some quotes like:

But after throwing off his Edward Cullen mantle, you can see the change he made and how he carries himself during interviews. You get to know a completely different Robert Pattinson. We can even quote him on that:

Robert Pattinson isn’t famous for his beard choices. You rarely see him having one and the styling choices translate to his movies. However, there have been some rare occasions when Robert decided to grow a glorious beard. But there have also been some beard styles to avoid as well.

There was a time when Robert sported a full beard with quite a long mustache. People thought he went completely Joaquin Phoenix on us. But it turned out to be just a phase. Robert also went for a goatee beard style, which looked weird. There were too many problems with that style to mention all of them.

Robert looks best with a stubble beard. He already has a very defined jawline and cheekbones that highlight his face. Hiding them away is a travesty, which is why a subtle and subdued beard style looks best for him. A stubble beard also does not require much to create as one only needs to use a beard trimmer to style it and add some beard oil from time to time to maintain it. 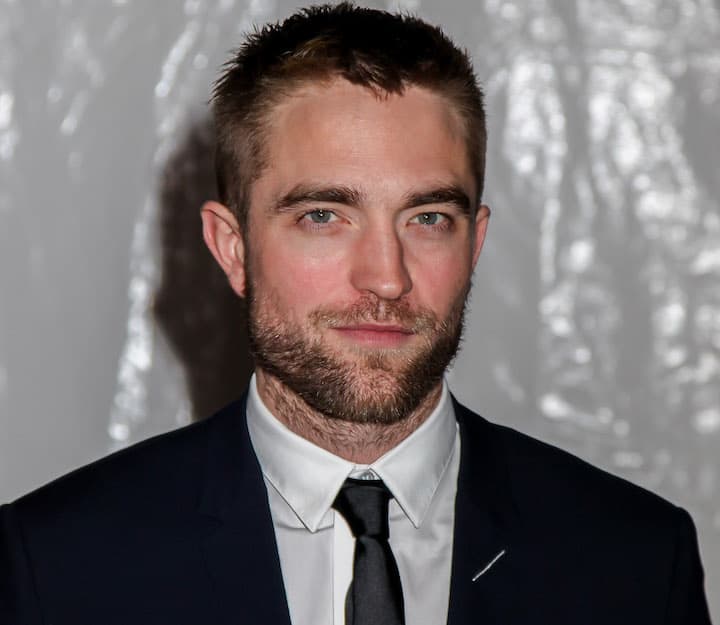 Robert Pattinson once said that he doesn’t enjoy having a lot of facial hair, even in his movie roles. He specifically emphasized:

“The two times I’ve done a movie where I have had quite significant facial hair—I do not understand men who choose to do this to themselves. The idea of having a mustache as your go-to look for your whole life [means] you’ve got to be out of your mind. It’s like having a stone in your shoe every day. You’re constantly sneezing, constantly covered in food.”

He refers to roles in movies The Lost City of Z (2016) and The Lighthouse (2019). Robert needed to grow a long, bushy, and scraggly beard for the role in The Lost City of Z. It was something genuinely unnatural for him. Even though it made him look a lot manlier, it is a beard style that cannot even be tamed with the world’s best beard comb and something he would not wear in everyday life.

The long mustaches he downed in The Lighthouse looked even weirder on him. First of all, it makes him look significantly older and the style is not something you would expect from the baby-faced Pattinson. He fares better when going for unique beard styles without a mustache, as the stash is unsuitable for his face type.

Like the one he has in the Water for Elephants (2011), a subtle stubble is a far better beard choice for Pattinson than longer facial hair styles.

Depending on the Pattinson style you want to go with, you will need some tools to grow a good Robert Pattinson beard. If you’re going to go for a more extended look, then be sure to get some natural beard shampoo. Washing your beard regularly will help you make it neat but, most of all, soft to the touch. A high-quality beard brush should also be a part of your toolset, as you will need it to brush and comb the beard from time to time.

A longer beard will also take much more time to grow, at least four months or so. Therefore going for a lighter beard might be a more suitable option. Since it will take only a month to get a stubble going, you are probably only going to need some premium beard oil to maintain it. We also suggest getting an excellent beard trimmer as you will have to trim it from time to time to keep the length.

How to Grow Robert Pattinson Beard

Allow the beard to grow for about a month.

Use an electric trimmer to do away with excess hair. Shave off the neckline and the cheeks with a suitable razor. Do away with all the stray hairs using some scissors.

Applying beard balm from time to time is not going to hurt.

How to Groom and Style Robert Pattinson’s Beard 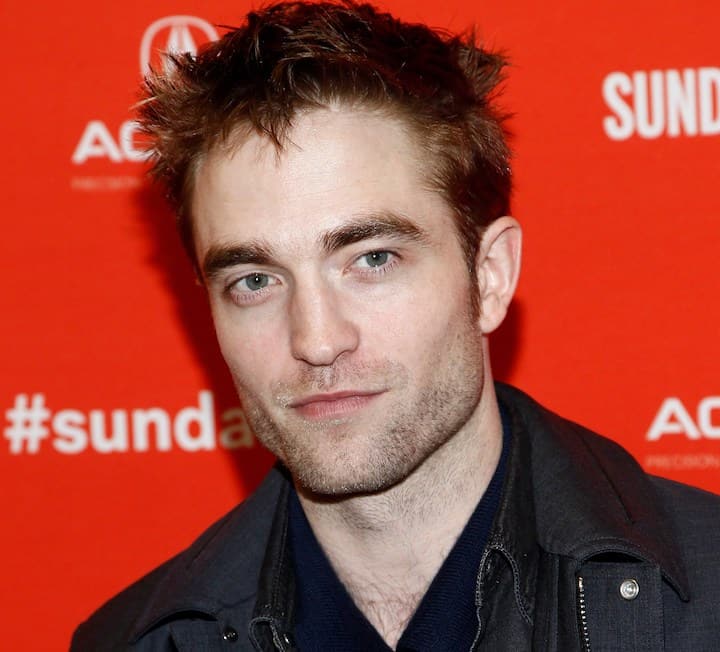 Grooming your Robert Pattinson beard does not come without making certain sacrifices. It means that you will have to spend a lot of time grooming your beard, so it does not get too wild on you. Regular trimming is needed. In this case, when determining between electric razor vs blade, the former will help you keep the beard short while the latter should be used for shaving off the hair from the cheeks and the neckline.

Applying beard oil and moisturizing your face is a must. It does not hurt to do it every day, but it will be necessary after each trim or shave.

Step 3 – Clean your trimmer and razor

Always use a sharp razor and be sure to clean your trimmer after each go.

Step 4 – Use a quality beard brush

A high-quality beard brush should also be a part of your grooming arsenal, as brushing it from time to time will help you remove all the dead skin and help the beard be as neat as possible.

Most Common Mistakes to Avoid for Robert Pattinson Beard

There have been instances where Robert Pattinson made a few mistakes in his beard style choice. Longer beard styles are not his cup of tea. At best, his mistakes were pedestrian as he did some atrocities that seasoned shavers know they have to avoid.

Over trimming a long beard is one of the mistakes he made. It is necessary to trim the beard, but going overboard does not come with favorable results. He also did a number on the mustache, as it was too light for the rest of the face. The mustache looked too sharp and jumped off from the face.

The final beginner mistake was shaving the neckline too high. You have to shave it to a certain point, but showing extra skin will only come with consequences. It creates an unwanted double chin effect that needs to be avoided.

Robert Pattinson has grown into quite a capable contemporary actor in front of our eyes. In his Twilight days, he is not your average pretty boy that everyone thought him of. Taking on some more serious roles showed us exactly how good he is. Let’s hope he doesn’t do a Clooney on us when it comes to playing Batman and being more of a Keaton.

As for his beard style choices, some were “Twilights” while others were “Lighthouses.” His face type is much more suitable for a shorter and lighter type of beard. If you have a similar face as Robert Pattinson does, stick to the same shorter styles as they look much better in this case.

The post Robert Pattinson Beard & How You Can Ace This Thick Style appeared first on Beardoholic.

Robert Pattinson Beard & How You Can Ace This Thick Style