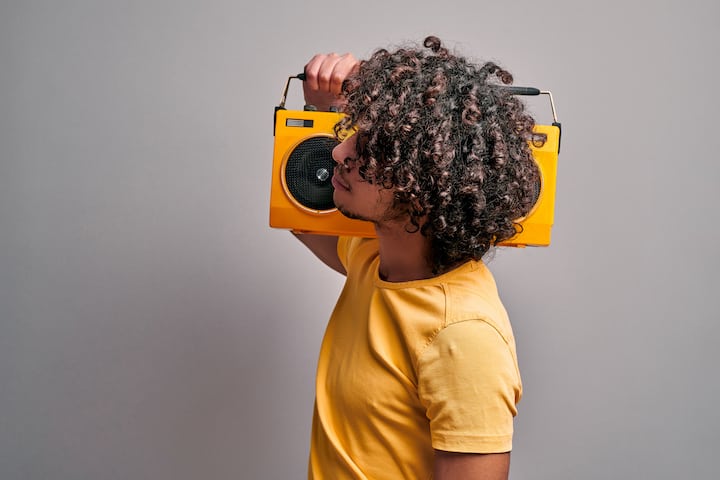 The 90s was a very popular time in fashion and there were many innovative hairstyles for men at the time. Almost everyone had a unique sense of fashion and used to express themselves creatively.

If you’re looking for a cool retro look, we’ve got you covered. Here is a list of the best 90s hairstyles to choose from:

What Hairstyles Did Men Have In the 90s

Though we are way past the 90s, 90z fashion has recently returned. This includes men’s hairstyles too. The classic slicked back hair is already in style and many other 90s hairstyles are hot on their tail.

90s hairstyles were a combination of short and long, emphasizing texture and color. Darker colors were in style while older men rocked the salt and pepper look.

33 Most Popular 90’s Hairstyles for Men

The curtain haircut has been sported by Brad Pitt, Johnny Depp and Leonardo Dicaprio. It was quite the rage at the time because it framed your face and highlighted your cheekbones.

You can go the messy yet chic look or slick it back for a classy, more formal setting. Using high-quality hair cream for men will help you maintain the look with this haircut.

Believe it or not, a bowl cut was pretty flattering on men with the right texture and face type. It drew attention to your eyes and had a spotless look overall. Most importantly, it was very easy to maintain and looked great in professional settings.

No list of 90s hairstyles is complete without mentioning the mullet. It was a defining symbol of the 90s and almost every celebrity had a mullet at some point in the decade.

A Caesar haircut is still pretty popular among men nowadays. The hair is short but tousled on top and shorter back and sides. It looks a little like a fringe, as it hangs over your forehead a little.

This was the classic ‘just got out of bed’ look for short hair during the 90s. The haircut is pretty simple—just a short trim.

The real magic lies in the styling. The hair needs to be just the right amount of messy and tousled, ideally with a bit of product to hold the look throughout the day. 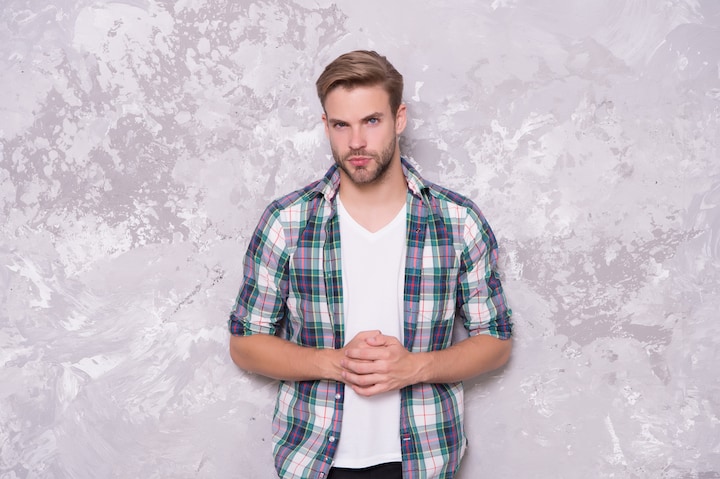 This was the carefree and effortless look that celebrities like Leonardo DiCaprio loves to sport back in the day. It is like the curtain haircut, but it is slightly shorter.

You need to cut your hair in a short bob till your chin and style your hair by pushing it backward. Some hair will fall back towards your face—it will look effortless, yet it will frame your face just the right way.

If you’re thinking of sporting this look, go for subtle contrast to make it era-appropriate. The difference between the highlights and your hair shouldn’t be more than 1 or 2 shades.

This hairstyle was heavily inspired by the grunge music popular during the 90s. Keanu Reeves had this look for a long time.

You need to grow your hair long—at least till your chin. This look only works for straight hair, so you might need to straighten your hair curly or too wavy.

This was very popular among heavy metal fans during the 90s. Long hair was already in fashion and diehard fans of the genre took it one step forward by coloring it red.

It got a bad reputation because people started associating them with satanic cults, but it was still an exciting hairstyle in the 90s.

Bangs don’t have a reputation as a men’s hairstyle, but bangs with short hair look great on men. It makes your forehead appear smaller and your cheekbones appear higher.

Try using the world’s best hairspray while creating this look to ensure it stays put throughout the day.

Cornrow braids went out of style after the 90s, but much like bell-bottomed jeans, they are also making a comeback. If your hair is long, you should try having cornrow braids. To complement this look, try combining it with some goatee style.

Spiky hair was a prevalent hairstyle during the 90s. Just get a short haircut and use gel or pomade to twist your hair into spikes. It is low maintenance and works with any volume of hair.

Almost every schoolboy sported the dork during the 90s. The hair on the side is short and often fading, while the hair on top is longer and combed forward. It gave you a slightly nerdy appearance and many people still sport it.

You will need a quality pair of hair clippers to maintain this look. Look at different hair clippers performances before you pick one.

One could argue that an afro is pretty much timeless. African American hairstyles were famous because of rap music during the 90s and have remained popular ever since. Besides, it is an ideal hairstyle for naturally curly hair.

Flat top afros were an exciting twist to the afro hairstyle. The hair on top was styled to look completely flat, creating a contrast with the usual unruliness of the afro. 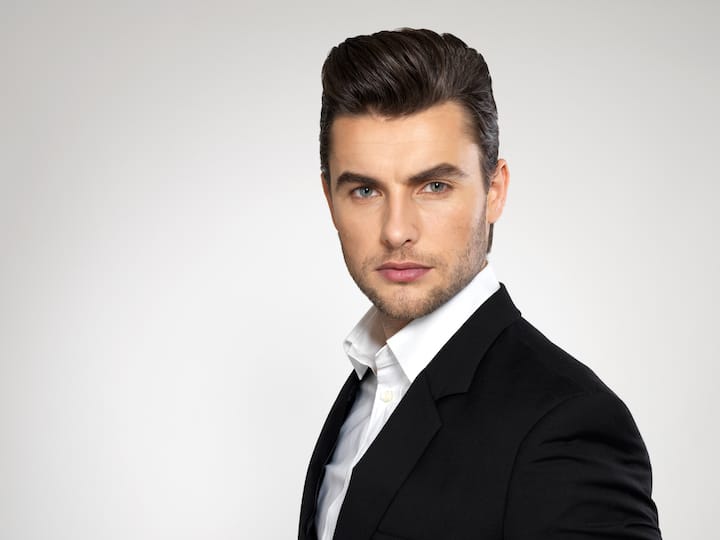 Frosted tips will forever be remembered as a classic 90s hairstyle. The hair was short and styled in spikes, while the tips were bleached to create enormous contracts.

People always have strong feelings about the male perm. Hair was permed on top and left straight or natural on the back and sides. Justin Timberlake is one of the celebrities who sport a male perm back in the 90s.

The mohawk is still around; it is cut to a different length and is styled differently. The hair is long on top and short on the sides. Harry Styles had a mohawk until recently.

If you thought bob cuts were just for women, think again. Short bobs were very popular with men in the 90s. Keanu Reeves is one celebrity who still rocks a bob cut.

Flipped ends were popular among both men and women in the 90s. It does take a bit of effort, though; you need effective hair clay, a round brush and a hairdryer to style this look.

Slicked back hair is a classic in every decade. It is chic, classy and looks appropriate in every setting. You need premium hair wax and a good pomade to maintain a slicked-back hairstyle.

Tramlines have been making a comeback recently. You shave a line into the sides of your head. It gives excellent contrast to a fade and adds detail.

Comb Over With Undercut

An undercut is a no-fuss haircut that men still have these days. Combing them gives a neater look and keeps the hair from falling into your eyes.

This one is like the flat top, except the hair is cut and styled into a point to the side. It is one of the various attractive African-American hairstyles of the 90s.

This takes a little more effort than most men care to put into their hair. You get a bob cut and crimp your hair to make it wavier. You can also make braids and leave them overnight for a messy look.

The hair is short on the back and sides and long on the top. You push your hair forward to make it look like bangs and color them blond.

Spiky hair was very popular with Asians during the 90s. You create spikes using hair gel in the back and top of your head. You can also shave your sideburns into a spike to complete the look.

For a messy high top, you shave the sides and back into a fade and the hair on top long. Add blond highlights to the top for contrast. A beard looks great with this haircut. 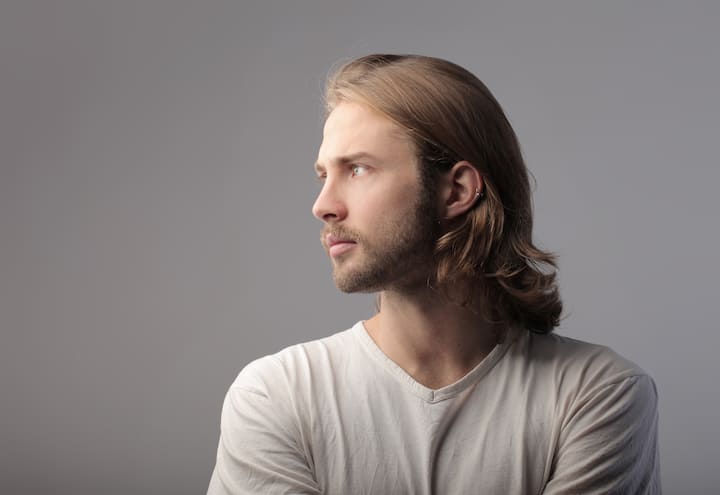 This was a typical look among rockstars in the 90s. Let your lock grow long and color them a blond ombre. Look up some tips on how to dye your hair to achieve quality color.

A wet bob is great for people who like long, messy hair. You will need foam to make your hair look wet and messy.

What is the 90s haircut called?

What men’s hairstyle was most popular in the 90s?

The mullet was the most popular haircut during the 90s. Those who preferred short hair, curtain haircuts and spiky hair were the go-to hairstyles during the 90s.

Like most fashion trends of the 90s, men’s hairstyles are also making a comeback. They are styled differently today, but 90s men’s hair mostly inspires them.

90s hairstyles are making a comeback these days. If you are looking for a suitable 90s look to recreate, go through our comprehensive list of iconic 90s hairstyles.

The post 90’s Hairstyles for Men That Are Back & Still Look Very Cool appeared first on Beardoholic.

This post first appeared on Beardoholic, please read the originial post: here
People also like
UNice Hair – Graduation Day Sale: Up to $40 Discount
Albania: Explore the Forgotten Side of Europe – 15 Best Things to Do in the Albanian Lands