Yeard – King of the Beards That Demands Respect Always 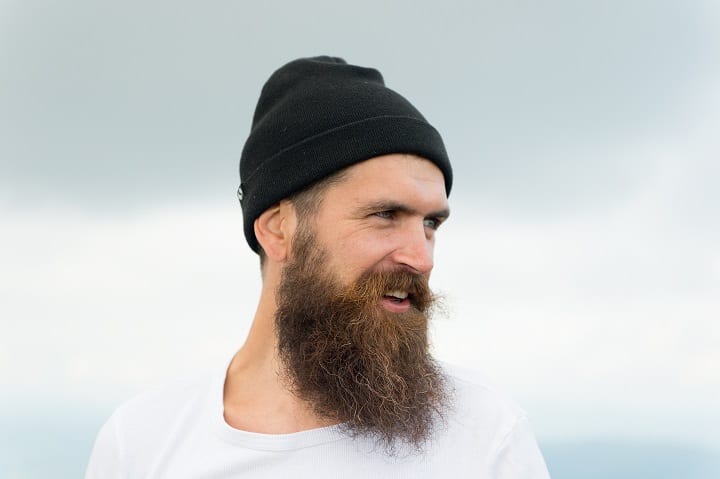 Every man is a king of his castle. And what is a king without a beard? This article is about Yeard – the king of the beards. We will show you what yeard is, and why it’s the best decision, you will ever make. At least in the sphere of facial hair. We can’t guarantee that yeard will make you a better crypto investor or neurosurgeon. But it will make you a manlier man.

What Is a Yeard

Beard plus year equals yeard. A yeard is a beard that has been growing on your face for at least 12 months. And not just growing. True yeard hasn’t been shaved or had any drastic contact with scissors or trimmer through that time. Hence, the yeard is long, thick, and a source of jealousness among your fellow men. It takes patience, commitment and some beard knowledge to grow a magnificent yeard.

Benefits of Growing a Yeard

Because it is magnificent, it is impressive and shows your level of commitment. If you manage to grow a yeard without trimming or shaving, there are no limits to what you can do.

Yeards are not that common, as not everyone can grow them. And it feels good to accomplish something that many failed. It’s in human nature.

How Does a Yeard Work

The idea is simple. You decide you won’t shave for a year. You don’t toss your razor into the garbage because good razors are expensive and hard to find. Hide your razor from yourself for the next 365 days—366 in case of the leap year.  After scratching, itching, and grooming, you will be rewarded with a beard worthy of Nordic gods. For the equal body, you will need to put more effort.

Myths About a Yeard

Myth: Only the manliest men can grow yeard. The rest are unworthy,

Truth: Every man can grow a yeard. But not every man has the patience or skills.

Myth: Yeards are dirty, unsanitary, and a possible source of a new plague.

Truth: Dirty beards are dirty. Wash and maintain your yeard, and you will have no problems. Start with choosing an unscented beard oil.

Myth: Maintaining a yeard is time-consuming and costs an arm and a leg.

Truth: You probably spend more time reading nonsense on the internet than you will ever spend taking care of your yeard. And maintaining yeard is not that expensive. You need to find the right products, like this unique beard grooming kit.

Pros and Cons of Growing a Yeard 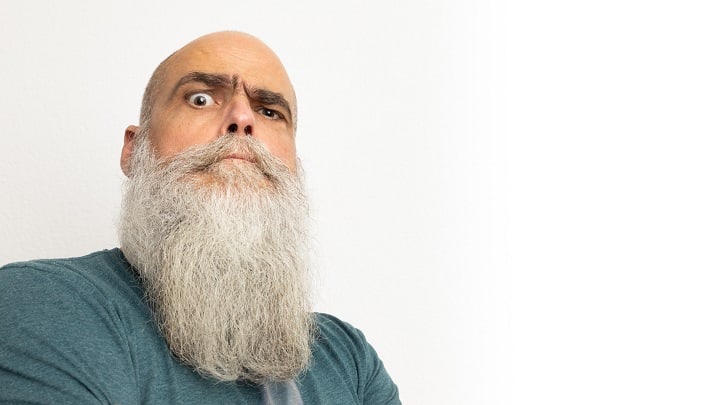 So-called “baby phase” of your beard. Like every baby, your yeard needs a lot of care, love and healthy habits, especially in the first months of life. So, a healthful diet, hydrating and the world’s best beard balm are your friends in this phase. In every phase.

On average, human hair grows at a pace of half an inch (1.27 cm) per month. Of course, it’s different for every case. The initial phase will last for three to five months, and you will be set with a two-inch-long beard. More or less.

Now that your soon-to-be yeard has covered your face, neckline and insecurities, you have a mid-range beard. Now is the right time to see if it suits you. A lot of men will give up on this phase, thinking that a medium-length beard is enough. And that’s okay, too. Not everyone is fit to be a king. Trim the bush just a little bit, and continue forward.

As the last months of your journey close by, you notice a few things. First, your face is always warm, no matter the temperature outside. Second, you could have sworn someone called you “Hagrid” behind your back.

Yeard needs to be micromanaged, especially in the end phase. There is a very, very thin line between glorious yeard and homeless look. And that line is called grooming.

Common Issues When Growing a Yeard

To say it nicely, survive. Wash your beard and moisturize it. Using some scented beard moisturizer is a much better solution. And the smell is wonderful.

It is a perfectly normal thing, although it might look ugly at the start. Remember, yeard is a marathon. In just a few weeks, those patches will be one beautiful rug of facial hair.

This is usually your fault, my friend. If you didn’t hydrate your beard, the skin underneath is irritated now. Wash your beard with a premium beard shampoo, use conditioner and don’t be lazy. 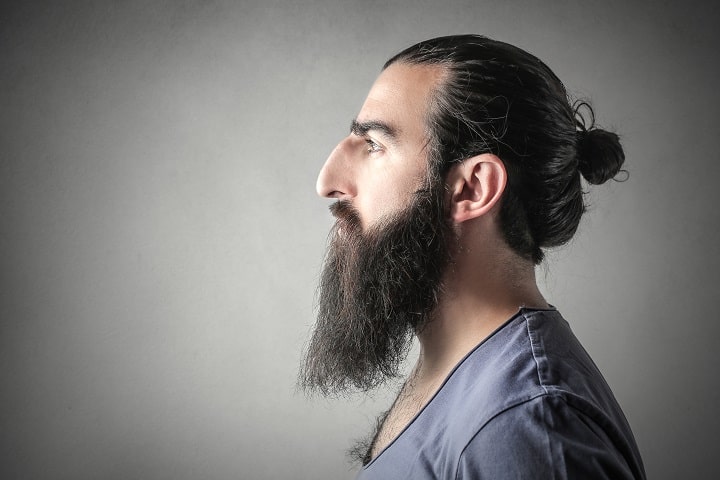 It won’t grow any quicker if you look at it every two seconds, scream at it or buy magical potions. Eat properly, sleep well, and your beard will grow. Sometimes slower, sometimes faster. But it will grow.

How to Grow a Yeard

Just like going to the gym, a series of pictures is the best motivation for growing your yeard. When you look at the first pictures and compare them with 4-5 month later ones, you will see the level of progress. With every month, it will get better.

Your yeard will require some tools. A proper wooden comb and beard oil are the basics. Later you can progress to heated beard brushes, retro steel razors and similar equipment for a level more.

Step 3 – How much water is too much

Beard is full of natural self-moisturizing oils. That is especially relevant after the first 6 months. Don’t over-wash your beard, as it will lose the precious oils. Two or three times every week is more than enough.

How to Trim and Shape a Yeard

Seems strict? These are simplified, milder steps. The traditional rules say nothing sharp can even get close to your beard for a year.

Year has passed, and your yeard is ready for shaping. We would advise you to visit a barber. If you are sassy, you can shape it yourself. Either way, here is what you should do.

Quick Tips for Growing a Yeard

Do’s and Don’ts With a Yeard 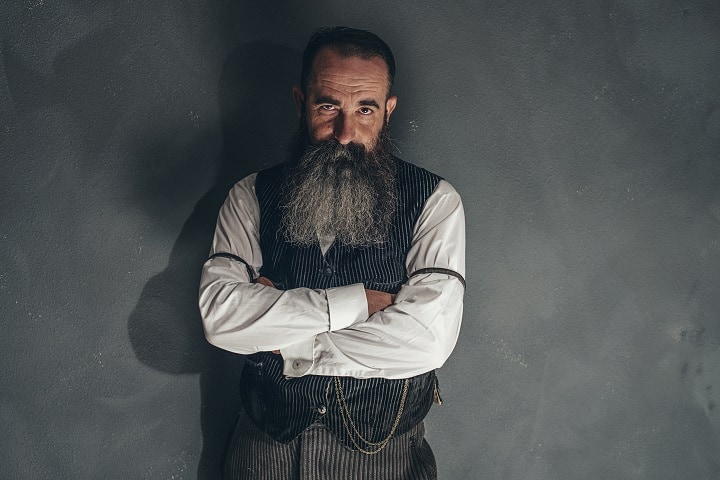 How long does a beard grow in one year?

On average, the beard grows around half an inch per month. That results in 6 inches of beard every year. Of course, it can vary a lot.

What does the yeard say about you?

Your yeard says you are a man of commitment, patience, and self-control. You proudly carry the sign of ultimate manliness, which wasn’t easy to grow and maintain. People appreciate that.

What face shape does a yeard fit best?

Yeard fits magnificently to all the face shapes. That’s the beauty of it.

What should I do after a yeard?

Go into a pub. Order two pints of stout. One for you and one for your beard. Drink both of them. Go to a barber/stylist, and enjoy while he trims your yeard and shapes it into a monument of testosterone. You are the king. You made it.

The yeard adventure will give you an insight into the life cycle of your beard. From pre-adolescent look to Viking warrior. Also, all the troubles that come with the journey – the itch, Manson look, the fact you scare little children and so on. But every journey worth anything is not easy. Go for it.

The post Yeard – King of the Beards That Demands Respect Always appeared first on Beardoholic.

Yeard – King of the Beards That Demands Respect Always