According to the volume of muscle mass:

LOCAL: This class is characterized exercise is used to make less than one third of the entire muscle.

REGIONAL: regional exercises include between a third and half of the entire muscle. For instance in which the lower limbs and the trunk used.

GLOBAL: Unlike the previous two categories, global exercises involve more than half of the entire muscle. Thus, a change or transformation is observed in the body.

According to the type of contraction:

CONCENTRIC: receive this name since they are those in which the change in the metric is done towards the center of the muscle.

ECCENTRIC: unlike the concentric, exercises such changes are implemented metrics to the ends of the muscle.

According to the strength and power output:

STRENGTH EXERCISES: receive this designation because in them more than half the force capacity of an individual has used. 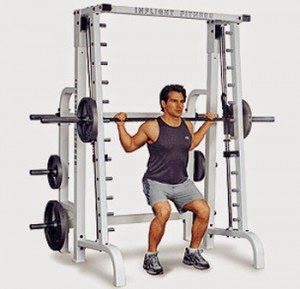 SPEED STRENGTH EXERCISES: here those exercises where it is used between 30 and 50% of the strength of the individual are included.

EXERCISE DURATION: duration exercises in the force used is minimized.


They may be classified as follows:

VARIABLES: This exercise class is impossible to determine energy expenditure because it is subject to a number of external factors.

UNCHANGED: as the name implies, this structure does not change motion carried. This category is subdivided into:

EXERCISES WITH QUANTITATIVE ASSESSMENT: no end bearings and the same are identified through assessment units. They are divided into:

QUALITATIVE ASSESSMENT EXERCISES are those exercises evaluated according to the style used.