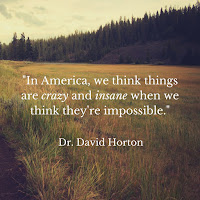 This month, I had my first experience with attending an event as an ambassador. I woke myself (and my boyfriend) up super, duper early and drove up to Princeton University. What a gorgeous campus! I actually wanted to apply to their urban planning program a few years ago, but talked myself out of it (wuss). After walking around the historic, Ivy League campus, I felt inspired to consider applying some day. Maybe...

But, I digress. The real reason for this post is not to tell you all about all of my hopes and dreams, but rather to tell you about the wonderful 2015 National Endurance Sports Summit (NESS 2015) I attended on behalf of RunGo.

NESS 2015 was a two-day sports summit hosted by Team U, an intercollegiate fundraising endurance team. I attended the first day of NESS 2015, which featured a variety of speakers with various backgrounds, but all with fascinating stories to tell.


Due to some navigation issues, we missed the outdoor workout with ultrarunner Karl Meltzer. I was bummed about missing out on a group run, but it actually worked out in the end, since I was super tired by the end of the day, and still had a two-and-a-half hour drive back home.

When I finally reached the Frist Camps Center, I found the registration table, checked in, grabbed a little snack, and changed. Whenever I go for a long drive, I like to wear something cozy, which I change out of upon arrival. I'm not entirely sure what it is, but I feel super gross after a long drive. Anyway, I changed into my RunGo Ambassador shirt, and slowly made my way to the first session I planned to attend. 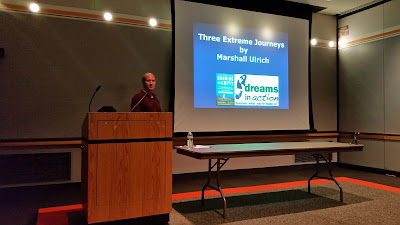 The presentation was called "Journeys in Extremes Around the World," and was led my Marshall Ulrich - an ultra ultra ultra endurance athlete, motivational speaker, and author. I used so many ultras to describe him, because the man has accomplished some amazing things! He ran from San Francisco to New York City, for example. (Yeah, you read that right.) He was the first runner to circumnavigate Death Valley National Park. Dude even climbed the Seven Summits in his 50s.

My greatest takeaway from Marshall was about living life to its fullest. He described how he's been checking things off of his bucket list because you never know when your time will end. He lost his first wife to cancer, and used that to motivate himself to make many of his dreams a reality. I was fascinated by his recollection of how the different elements affected his body. He said that, when he was climbing Mount Everest, the cold ate away his muscle. Conversely, the heat of Death Valley ate away his fat. He touched on nutrition, particularly in describing his diet for Death Valley, but I was really just entranced with all of the amazing things he's accomplished -- and so much of which he accomplished in his 50s!

The next speaker was Dr. David Horton, another extreme ultrarunner, but also a professor. I could hear him speak for hours! He had so many one liners, and I really enjoyed what he shared regarding his outlook on life.

"It's not length of life. It's quality of life." - Dr. David Horton

"We admire and respect someone... up to the marathon distance," stated Dr. Horton. And you know what? He's right! I've done it, and you probably have too. Questioning why someone would want to run more than a mile sounds crazy to most people, but why is that? After spending an entire day with endurance athletes, I get it. Some people seek thrill or pride or maybe even accomplishment by jumping out of airplanes or diving with the sharks, or who knows what else. Why should we criticize someone when they train for months, or even years, for reaching a goal they've set for themselves? It was pretty powerful stuff!

After Dr. Horton's session, some of us (mostly all of the speakers plus me) went on a tour of the Princeton campus, while others ate lunch. This was one part of the event's schedule that was a little weird for me, but what can you do? I grabbed a granola bar so that I didn't start gnawing on one my fellow attendees' legs during the next presentation, and got to soak in some amazing views of the campus on this beautiful fall afternoon. 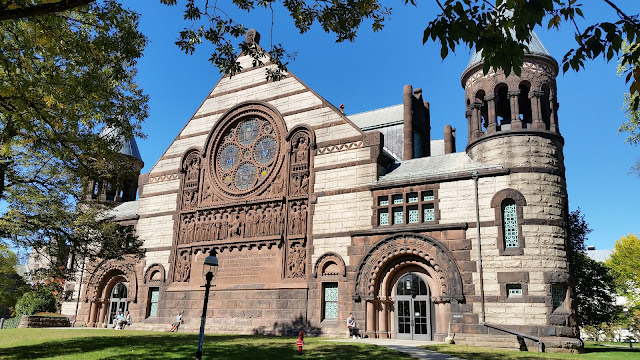 After our campus tour, was the day's "Featured Power Panel." This roundtable discussion was about "Learning to Push Past Limits." There was no shortage of accomplished runners during this section, and it was kind of hard to follow whether this was a discussion or a bragging session, to be honest. I didn't really learn much during this discussion, which was kind of disappointing. Nonetheless, I did my best to take something away from each session, and this time it was from Ann Trason, a world record holder in ultra marathons. 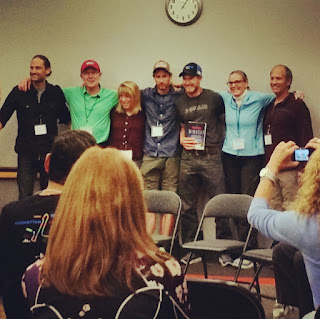 Ms. Trason was talking about how she pushes herself when she feels like she just can't run any further. She said that she spots a tree, and tells herself that she is going to run to that tree. When she gets to that tree, she spots another tree, which she runs towards. She said that sometimes she's just, "running tree to tree." I liked hearing about this inner dialogue, because I think we all do this from time to time. I've told myself, if I can just finish this mile, I'll let myself walk. Once I reach that mile, I push myself for another mile, until I run out of miles.

Next up was the keynote address, which was presented by Chris McDougall. Wow! Talk about a presentation! This was definitely the one that has had the strongest impact on me since the Summit. I wasn't sure how to take Chris when I first saw him. He was a super tall bald dude, and he was barefoot. Huh? 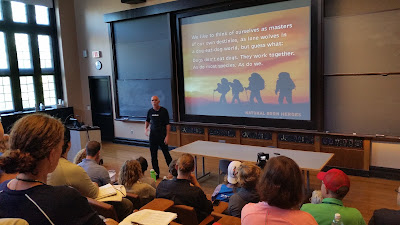 He gave one of the most dynamic presentations I've ever seen, and I was totally and completely sold on everything he was saying. He actually quite successfully married my two favorite topics: politics/history and sports! That is not easy to do! He told us all about the research he's done on the history of endurance running, and how natural movement and diet are more important than the kind of gear you're wearing. He introduced the conversation about parkour, which I last posted about on this blog. He also talked about the Mediterranean Diet, and the Two-Week Test.

I've actually been doing a little bit of reading up on the Mediterranean Diet, and have decided to incorporate it into my current diet. In the two weeks since the Summit, I've actually lost a few pounds, and I feel like I have so much more energy. It's actually not too far off from how I was eating the last time I was regularly eating healthy, even though that seems like it was forever ago. I rarely eat red meat, and I don't eat pork, so poultry and fish is pretty much what I do! Read a little about it, if you haven't already. So far, I think it's pretty great! 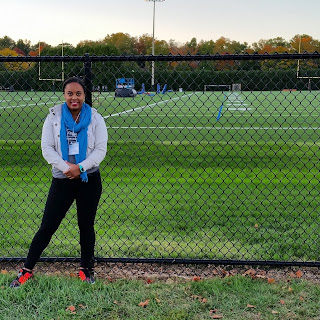 Finally, I ate lunch. Everyone's legs were looking too delicious, and I'm pretty sure I was going to keel over at a moment's notice. I grabbed a sandwich from a nearby shop while one of the panels on injury was being moderated.

When I returned, it was time for parkour! (Check out my post on parkour if you haven't already.)

Finally, it was time for me to head home before it got too late. There was one presentation left, as well as a VIP speaker dinner, so I met up with my boyfriend at one of Princeton's beautiful libraries (he had been grading papers all day), and drove home. I happily passed out after a long shower, and dreamed happy dreams of running marathons and climbing mountains.

I'm so grateful to RunGo for giving me the opportunity to attend the 2015 National Endurance Sports Summit. It was a truly amazing experience, and I am still feeling inspired, weeks later. In addition to the healthy eating habits I've reintroduced to my life, I've also decided that I would like to train for a marathon in 2016. I have no idea which one, but why not? Just as Dr. Horton stated a couple of weeks ago, "I want to experience more." ;-)