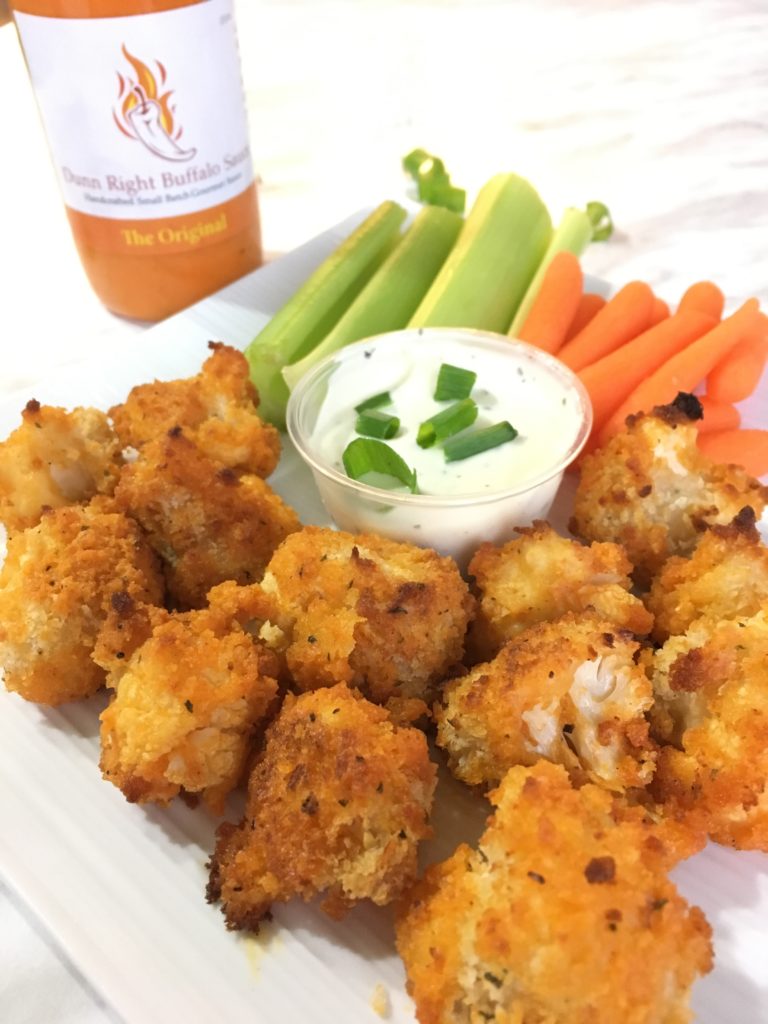 These oven baked Vegan Buffalo Cauliflower Bites are a real crowd pleaser! Tender morsels of cauliflower baked in a crispy crust and then loaded with buffalo sauce! If you like wings, you love this leaner tastier snack! The other day I was out with my daughter’s hockey team at a team dinner between hockey games.  One of the other parents ordered buffalo bites, only these weren’t your normal buffalo bites.  These were made with cauliflower!  I tried them and they were to die for, they didn’t taste like cauliflower at all!  The next day I was tasked with bringing an appetizer to my daughter’s best friend’s birthday party.  I wasn’t in the mood for my usual (bread and brie). Instead I was craving more of the buffalo cauliflower bites – I liked how they have a little zing to them and I was craving that wing-like spice, so I decided to try to copy-cat the cauliflower bites I had enjoyed the night before. The results were better than I had hoped! I brought them to the party and the guests dug right in, only they didn’t realise they were eating cauliflower (until I told them).  I’ll admit that not everyone […]

A Guide To Visiting Antigua, Guatemal…
Long Goatee: Definitive Guide to This…
Develop a Cooking Recipe App Like Tas…
Best Vitamins for Memory and Focus in…

This post first appeared on Salads For Lunch, please read the originial post: here
People also like
A Guide To Visiting Antigua, Guatemala: The Best 5 Things To Do And See
Long Goatee: Definitive Guide to This Legendary Style
Develop a Cooking Recipe App Like Tasty and Monetize Your Culinary Skills
Best Vitamins for Memory and Focus in 2022