Nucleus, the home Intercom, and touchscreen tablet company today announced the roll out of its device with Alexa Voice Service (AVS) integration.

Roughly the size of a tablet (9 inches x 7 inches and just 2.1 pounds), the connected home intercom system makes it easy to stay connected to the home and family from a distance and the inclusion of Alexa and its many skills expands its capabilities with the power of voice. 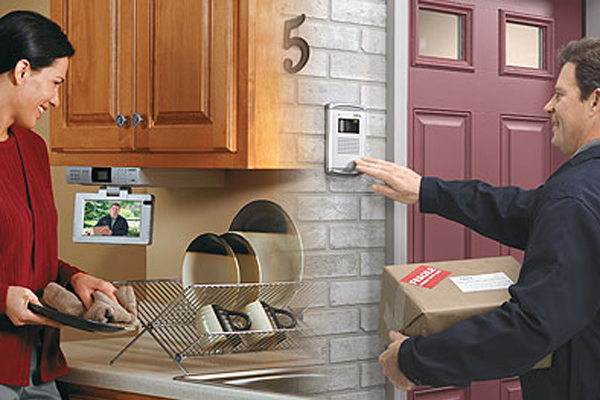 The device features a wide-angle front-facing HD camera for a sweeping view of the room and a shutter to cover the lens for additional privacy. It integrates touchscreen video screens with installed cameras that can be accessed through an app on the user’s smartphone, allowing natural audio and video conversations in any room at home, between homes or office equipped with a Nucleus device.

It makes use of microphones and HD video to connect people in the same house but in different rooms. The device also works as inter-home communication, to check on the elderly from afar or keep the line open with family members. At its core, the device is built for instant, secure communication to help busy families find more time to communicate with their loved ones.

Launched in 2014, the company’s main aim was to radically improve the traditional home intercom system, both with innovative technology and a simple plug-and-play installation process.

Beginning today, the devices are available for purchase at select Lowe's stores nationwide, online at Lowes.com and Amazon.com. The touchscreen intercom retails at $249 for the first device, and $199 when purchasing two or more. The device has been available for pre-order since its public debut on the Today Show.

With Alexa, the touchscreen video device reaches beyond being simply an intercom to connect with different internets of Things devices like WiFi video doorbells and smart locks, however, the current Amazon Echo devices will not sync with Nucleus, according to an Amazon spokesperson.

Additionally, users have complete control of how the device receives incoming calls with options for touch-to-answer, auto-answer, do not disturb, and much more. They can also make use of a number of voice-enabled features including music from iHeartRadio, Prime Music and TuneIn and access to a wide range of information. While users are away from home, the device works with iOS and Android apps.

In January 2016, the company announced its national partnership with Lowe's and was chosen to be part of the Amazon Launchpad initiative, a program that spotlights cutting-edge products from startups to millions of Amazon customers worldwide.

Based in New York City, the company was founded by Jonathan Frankel, a computer science major, and the rabbi living in Philadelphia. It has offices in Philadelphia and New Jersey and has raised $3.7 million in funding from Foxconn, FF Angel, Anthem Ventures and the Red Sea Ventures.

This post first appeared on Industry Leaders Magazine, please read the originial post: here
People also like
Top Causes of Low Back Pain
GE Versana Premier and GE Logiq P9 – A Comparison
How much does it cost to build a E-Commerce App like Flipkart?
Dan Reed Network Announces New Album ‘Let’s Hear It For The King’ Shares Single