Stand behind your customers and products

Rarely does a TV show offer a great customer service lesson. But such was the case recently. It occurred during an episode of “Ask This Old House.” 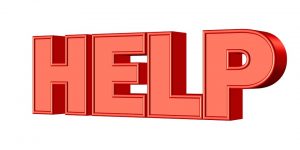 A customer contacted the show because his hot water Heater crapped out. It was only 4 years old, and had been installed by Richard Trethewey, the plumbing/HVAC expert, as part of a remodel done for an episode of “This Old House.” It was a hybrid-type of heater; somewhere between a tankless (instant hot water) model found in Europe and traditional ones used here. At the time Trethewey and Crew touted it as an up-and-coming style; the wave of the future.

Now the water heater is dying and the manufacturer is out of business. Plumbers won’t touch it because parts are nearly impossible to find. What’s the homeowner to do? He contacts the show.

They send Trethewey to offer a remedy. He starts by apologizing for the broken heater. He could cobble together parts and fix the unit, but suggests a new water heater instead. Improvements have been made in the technology, and he as version of the new style with him. This unit, of course, was manufactured by a different company. The homeowner is understandably a bit leery. “Will I be calling you back in four years?” he wonders. (Good question!!) Trethewey tells him this manufacturer has been around a long time, and “knows what they’re doing.”

He proceeds to remove the old unit and install the new one. After firing it up, and verifying that the bath tub and shower have lots of hot water, they shake hands and part ways.

As someone who has spent most of his life in customer service-type positions, my eyes and ears really perked up watching that segment. Why? Because it showed that the folks behind the show:

A) Are human. They make mistakes on occasion (although there was no way to foresee that manufacturer going out of business); and,

B) Stand behind their customers, even when the problem was not caused by anything the staff did; and,

C) Are willing to admit it on national television. They could’ve chosen not to air that segment. We viewers never would’ve known about this issue.

The incident became a lesson for the show’s staff, as well. Back at the “barn,” Trethewey and co-host Kevin O’Connor discussed these newer water heaters. Trethewey said it’s OK to embrace the latest technology–you often save considerably on water and fuel bills–but wait sometime for manufacturers to work out any kinks. And go with a brand that has been around for years.

My takeaway? It takes courage to show humility and honesty, especially on network television. Kudos to the show’s producers and staff.

Every business faces a customer service issue on occasion. Compounding the problem can be a product that you didn’t produce but only represented. What would you have done in a situation like the one Richard Trethewey and his colleagues faced? Would you simply say, “Oh, it’s not my problem”? Or would you go out there and rectify the situation, possibly at a reduced rate?

I’d like to see your thoughts on this. Feel free to leave a comment below. If you found value in this post, please share it so others may benefit from what you and I have written. You may use any of the following buttons. To contact me, send an email.

Stand behind your customers and products