TAIPEI, TAIWAN - Media OutReach - 4 June 2019 - The 2019 InnoVEX took place at Taipei, Taiwan from 29th to 31st May 2019 organized by the Taipei Computer Association (TCA) and TAITRA. The event not only offered professionals from 25 countries / location an extravaganza of 467 international tech startups but also packed with pitch contests, matchmaking, demos and forums. 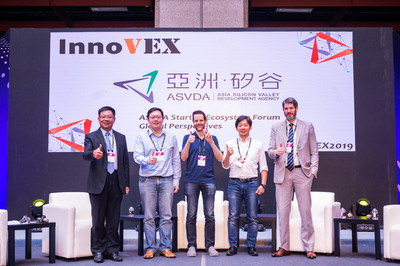 A Thorough Market Research is Imperative for the Japanese Market

Masashi Sato mentioned in his keynote that the market in Japan is particularly sensitive and thus requires the startups to thoroughly identify market trends. Japan is currently facing a declining birthrate which resulted in a sharp decrease on workforces in almost all sectors. This imminent development causes concerns for government and enterprises but also provides opportunities in healthcare, automation and related applications for tech-startups. Mr. Sato further mentioned that there is a shortage of private venture capitalists but an abundance of CVC (corporate venture capitals), he reminded the attending startups to actively engage with CVCs as they are formed by industry leaders; many of them seek innovative technologies and ideas.

Dave Ng, being the Head of Southeast Asia at Eight Roads Ventures who is also one of the earlier investors of Alibaba provides insights of the huge potential and opportunities for all tech-startups in the Southeast Asia region. His main point is that Southeast Asia offers a population of 650 million people with a growing income rate.

Though the mass of opportunities is great, it also comes with a risk. The technology leap for Southeast Asia is tremendous. Most of the population is fortunate enough to have their first ever internet experience through a smartphone, whereas for some other areas of the world it is a progressive step that took over a decade. However, due to the unbalance of infrastructures, banking services as normal as ATM would not be feasible or realistic for the Southeast Asia region.

Mr. Ng further stated that as there are about 10 countries in the Southeast Asia region, tech startups would have to adapt to at least 10 cultures and 10 governments as each of them have a different characteristic. Therefore, localization is vitally important.

France: A Fusion of Culture and High Tech

Dr. Laurent Le Guyadar of La French Tech Taiwan pointed out the many opportunities that exist when Taiwan and France collaborate with each other. From his perspective, "La French Tech" is one of the main support mechanisms and tools used by France to promote the development of emerging technologies. This achievement is the result of a long work in Taiwan done by French private enterprises, French institutions, and the efforts of many individuals.

The goal of "La French Tech Taiwan" is to significantly increase the number of startup acceleration programs and incubation programs fostering new initiatives towards the development of France and Taiwan in terms of innovation and new technologies, to promote the attractiveness of France to Taiwanese startups.

An Officer and a Spy
Five Things You Don’t Need To Get Hea…
How Gender Equity Impacts the Bottom …
Bangkok: a virtual tour through film,…


This post first appeared on Business Diary Philippines, please read the originial post: here
People also like
An Officer and a Spy
Five Things You Don’t Need To Get Healthy and Stay Fit
How Gender Equity Impacts the Bottom Line
Bangkok: a virtual tour through film, food, music and books