HONG KONG,  CHINA - Media OutReach - 1 April 2019 - Mobvista Inc. (stock code: 1860.HK) announced its annual results for the first time after its initial public offering on Hong Kong stock exchange in December 2018. For the year ended 31 December 2018, Mobvista's Revenue rose by 38.9% to US$435 million. The growth was attributable to the increased global expenditure on Mobile advertisements, and reflected the company's capability to capitalize on the trend in China and the wider region in Asia Pacific. By the end of 2018, more than 340 million consumers interacted with mobile applications ("apps") which had been developed with Mobvista's software development kit ("SDK") for the monetization of such apps every day. Mobile advertisements delivered by Mobvista were seen by over 1 billion mobile device users. 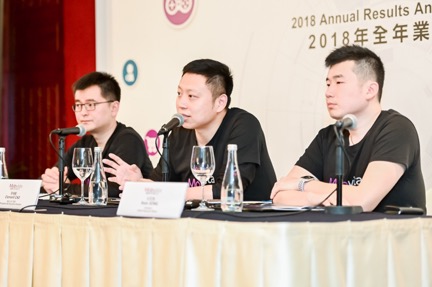 Programmatic advertising continues to be a major source of revenue

More stringent regulations of cyberspace and keener domestic competition meant more China-based app developers looking for growth opportunities in overseas markets. Companies such as TikTok increased their overseas advertising spending for acquiring users and increasing market share. 63.8% of Mobvista's revenue in 2018 came from many of these Chinese companies targeting overseas markets. Meanwhile, only 44.9% of its revenue in 2017 came from China-based companies which focused on the domestic market.

Although mobile game publishers continued to make up a significant portion of Mobvista's customer base, the biggest contribution in 2018 came from social media apps, which accounted for 38.6% of the company's revenue - more than doubling the percentage in 2017.

Investment in research and development and artificial intelligence

Mobvista continues to invest significantly in its research and development, with almost half of its whole workforce focused on technology development. In addition to the continued development of its Mintegral, Mobvista put into operation MindAlpha, a machine learning platform designed to intelligently manage and organize advertising campaigns towards the end of 2018. The platform is able to analyze tens of billions of changing features and more than 100 billion data points so as to respond to advertisers' requirements for optimal media placement in just a few milliseconds. Mobvista's customers can already take advantage of MindAlpha when they conduct their mobile app marketing campaigns.

What Is the Worst Credit Score?
Universal Tips on How to Promote Your…