Emmanuel Jean-Michel Frédéric Macron is a French politician, senior civil servant, former investment banker, and President-elect of France. Ideologically, he has been characterised as a centrist and a liberal.
He became the youngest president of France in history.
NEWCOMER MACRON HAILS LANDSLIDE WIN IN FRENCH ELECTION

Emmanuel Macron was elected president of France on Sunday with a business-friendly vision of European integration, resoundingly defeating Marine Le Pen, the far-right nationalist who threatened to pull out of the European Union.

The centrist's emphatic victory, which also smashed the dominance of France’s mainstream parties, will bring huge relief to European allies who feared another populist upheaval to follow Britain's vote to quit the EU and Donald Trump's election as US president.

Political newcomer Emmanuel Macron has comfortably won the French election with 65% of the votes.

The president-elect struck a solemn tone in his victory speech, acknowledging the need to "heal divisions" within France. 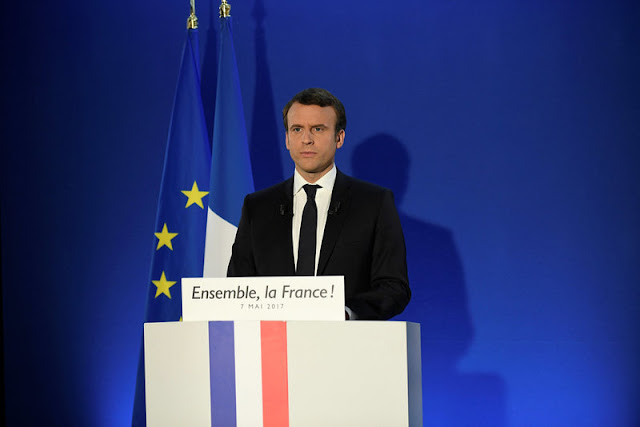 Rival Marine Le Pen took 35% of the vote share in Sunday’s run off, a record performance for the anti-EU, anti-immigration National Front