It's Time: Balance the Budget 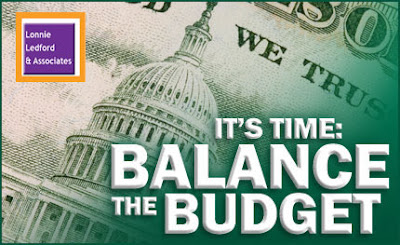 Did you know that in 30 years, Congress has managed to balance the budget only twice?  With over 500 blog posts covering a span of six years, I've consistently advocated for a Balanced Budget Amendment to the U.S. Constitution.  If you’re like me, then you too are frustrated by the refusal of Congress to stop its fiscal insanity.  One example of waste, fraud and abuse.  It’s time to remember that the Constitution gives states and the people more power over Congress than most realize.  And right now there is an effort called the Article V Initiative that would wield and deploy that power.

Most people don’t know, because they have never been taught, that Article V of the Constitution empowers the people through their state legislatures to propose amendments.  Specifically, Article V proscribes a process in which two-thirds of state legislatures (34 total) can vote to direct Congress to call a meeting of the states for the purpose of proposing amendments.

CBD 2020: What to Expect + Our Top Pr…
Simple Tips To Increase Self-Esteem
Why Friday The 13th Will Be Your Luck…
Ethereum Revives- Good Chances to Tou…
Letter from William Shakespeare Disco…
This is not a constitutional convention, which would be for the purpose of writing an entirely new Constitution.  It is solely for the purpose of voting to enact amendments. Once such a meeting of the states is called (and Congress cannot refuse if two-thirds of the states call for it), then any amendment would require a vote of three-fourths (38 total) of state legislatures for ratification.
The people leading the Article V initiative are determined to work with state legislatures to bring on board the 34 states that would call for this meeting of the states.
One of the most positive things about this opportunity is that every state gets an equal vote.  So if red states like Wyoming and Utah sign on, the value of their votes doesn’t get obliterated by Gigantic Blue States like California or New York.  Then again, if gigantic blue states are wise they will get on board.  If Congress continues to pile up an ever-more crushing debt burden, those bigger states are going to shoulder a bigger share of the burden than the smaller states.
If 34 states can be brought on board to call for this gathering, then 38 states can pass any amendment to the Constitution, and there will be nothing Congress or the president can do about it.
And that brings us to the concept of the Balanced Budget Amendment.  Since many of the states have balanced budget amendments in their own constitutions, it only makes sense to believe they would see merit to having one in the U.S. Constitution.  It’s fine for states to balance their own budgets, but if the federal government mismanages itself into a fiscal collapse, it will be the states who are left to pick up the pieces.

Now you might ask: Can’t we solve this problem just by electing better people?  Well, that would certainly help.  But a major problem with politicians, even good ones, is that they quickly learn it benefits them to bestow favors on the electorate with other people’s money.  The Constitution limits the power of the federal government precisely because the nature of politics incentives government to grow.  It also needs to limit the power of politicians to borrow and spend because the same kinds of incentives exist for them to do so irresponsibly.  Even good people have to live within the limits of the powers enumerated by the Constitution, and that’s as it should be.

By the way, don’t think this is impossible.  Twenty-four states have already passed this resolution, including six this year – Florida, Ohio, Tennessee, Michigan, Louisiana and Georgia.  Mississippi passed it in 1975 and there is no expiration date.  So we only need 10 more!  And in three more states – Wisconsin, Arizona and South Carolina – the measure has passed the state House and is pending in the Senate.

Here is where you can learn more about this effort.  We need to keep on this and support the effort in any way we can.  This nation was founded with the idea that the states could serve as a check on the federal government.  These days the people don’t seem to realize that, and the powers-that-be in Washington certainly have little interest in explaining it to them.
But that power is real, and today it needs to be wielded more urgently than ever.  The working class needs to make this happen, because the political class will never do it. But the political class also can’t stop it.  The Constitution is on our side.

It's Time: Balance the Budget