Tags: samsung apple smartphone
February 2nd 2016
View original
Samsung is already challenging Apple’s iPhone dominance. Now the South Korean electronics giant is eyeing another piece of Apple’s pie in what many regard as the next great mobile opportunity: smartwatches.
Just weeks following reports that Apple was working on a wearable wrist computer, Lee Young Hee, an executive vice-president at Samsung, told Bloomberg News on Tuesday that her company was also working on a watch-like device that would perform similar tasks to smartphones.
“We’ve been preparing the watch product for so long,” she said.
“We are working very hard to get ready for it. We are preparing products for the future, and the watch is definitely one of them.” Lee gave no details about when the watch would be available or how much it would cost.
Apple has declined to confirm or deny its smartwatch plans, but Bloomberg reports that it has more than 100 people working on the product with which it hopes to make inroads into the market for watches, estimated at 60 billion dollars per year. 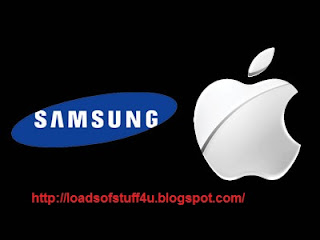 Samsung Electronics Co is developing a wearable digital device similar to a wristwatch, a source with direct knowledge of the matter said, joining rival Apple Inc in creating new products as growth of smartphone sales slows.
The Samsung device will perform many of the tasks of a smartphone, the source said on Tuesday, without giving further details.
The source declined to be identified because Samsung did not want to reveal to the public any information about its new product line at this time.
Samsung would not discuss its detailed product pipeline. "We are constantly exploring new technologies and developing various form factors," said company spokeswoman Chenny Kim.
Last month, the New York Times reported that Apple was experimenting with the design of a device similar to a wristwatch that would operate on the same platform as the iPhone and would be made with curved glass. 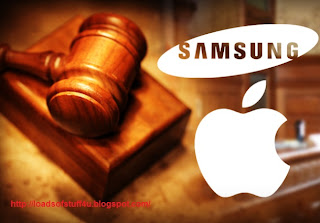 Shares in both Samsung and Apple have taken a hit as the world's top two mobile device manufacturers keep underwhelming consumers with their latest smartphone models.
Samsung shares dropped nearly 5 percent, or around $10 billion, in just two trading sessions after it launched its latest Galaxy S smartphone late on Thursday, partly hit by concerns that its flagship product lacks the 'wow factor' and may not live up to expectations.
The Galaxy S4, unwrapped to much fanfare in New York to challenge Apple's iPhone on its home turf, offered some incremental evolutionary improvements, but media reports have since suggested these features may not be sufficient to excite buyers in an industry that lives and dies by innovation.