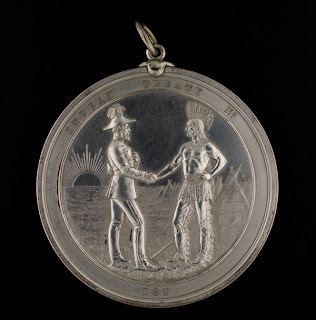 From 2005 to 2010 Alberta Education introduced a new social studies program asking teachers to engage the twin pillars of citizenship and identity through the lens of Aboriginal and Francophone perspectives. Specifically, the program asks students to “appreciate and respect how multiple perspectives, including Aboriginal and Francophone, shape Canada’s political, socio-economic, linguistic and cultural realities” (Alberta Education, 2007, p. 2). The new program states that for historical and constitutional reasons, an understanding of Canadian citizenship and identity requires an understanding of Aboriginal and Francophone perspectives, experiences, and their “particular needs and requirements” (Alberta Education, 2007, p. 4).

Since that time, Dr. Dwayne Donald from the University of Alberta has been at the forefront of thinking through the implications of what this curricular mandate asks of teachers in relation to Aboriginal perspectives. In particular he is interested in the ways this curricular initiative could help both teachers and young people in Alberta reframe the relationship between Aboriginal people and Canadians in more ethical ways. Here is a lecture he gave a few years back in Ottawa speaking to some of the issues involved when we ask teachers to engage Aboriginal perspectives.

Big Thinking - On What Terms Can We Speak? - Dwayne Donald (Full Session) from Fedcan on Vimeo.


While you are watching the video here are some questions to consider. I have included links to various documents including the Royal Proclamation of 1763 to help guide discussions around the original spirit and intent of agreements between Aboriginal peoples and the Crown; and then later the Federal Government and Canadians.

Questions for discussion (lecture starts at 4:05):
What does Dwayne do in the first five minutes? What is he attending to here and how is this different from how many people begin a lecture? How does this reflect a different type of identity position than the western ideal of the isolated, autonomous self?

Holcim Philippines shares contributio…
Self Motivation: How to Keep Moving F…
Why Lawyers Use Legal Pads?
Why the Riddler is such a good villai…
Wealthy Affiliate Scam or Not
9:33 In what ways does the question “But aren’t Aboriginal people Canadians?” highlight issues of identity, sovereignty, and citizenship? Who are Aboriginal people in relation to Canadians?
10:47 Why might Aboriginal people and Canadians be missing each other when they communicate? Where might some of the key tensions and difficulties lie?
How is Dwayne’s story of the Papaschase Cree reflective of his desire to attend to place, story, and memory in new ways?
17:53 What is going to take to repair and renew the relationship between Aboriginal peoples and Canadians?
If the last 150 years reflect a time when things went wrong, what indications are out there that we may be entering a new period? What indications are there that we are still stuck in the period where things have gone wrong?
What was the original spirit and intent of the partnership between Aboriginal peoples, the British Crown, and then later Canadians and the Canadian government? Let's take some time to look at the links provided including wording from:

-The Royal Proclamation of 1763
-Canada marks 250th anniversary of landmark document for Aboriginal Peoples
-Treaty 7
-Perspectives of Treaty 7 Nations
-Indian Chiefs Medal, Presented to commemorate Treaty Numbers 3, 4, 5, 6, 7, 8
-The Canadian Charter of Rights and Freedoms speaking to the rights of Aboriginal People
What is the story of Canada we are most familiar with? How might these documents reflect a different 'storying' of Canada and the relationship between Aboriginal peoples and Canadians?
What is problematic about Aboriginal Perspectives for Aboriginal students? How might this reflect a colonial way of thinking?
What do you think of Dwayne’s idea that the problems of Aboriginal students are highly cultural? 22:18 How might this connect to the belief by many Canadian- Canadian students that they are ‘severely normal’?
How might the difficulties of many Aboriginal children and youth in schools reflect the current state of how the relationship between Aboriginal and Canadians is framed?
24:47 What do you think of Dwayne’s idea that how you frame or think about the relationship as educators will largely determine the ways in which you take up Aboriginal perspectives in the classroom?
What are the limitations of treating Aboriginal perspectives in an informational way (i.e., show a timeline of residential schools in Canada)?
How might we take up Dwayne's call to repair and renew the relationship through our pedagogy in the classroom? What might this look like when we take up the topic of imperialism in grade 7 for example?
How can we find an identity space where Aboriginal people are not ‘them’; nor ‘us’? How might Aboriginal wisdom traditions respond to this question?
Dwayne outlines several notions of Canadian culture that are blocking our ability to renew the spirit and intent of the original relationship. What are your thoughts on each of these areas in terms of how they may inhabit our own ways of thinking.
Many Canadian Canadians see themselves without culture as severely normal 30:16
Pedagogy of the Fort 32:00
The dream of the settler
Multiculturalism 35:12
Popular understandings of the irrelevance of Aboriginal claims for meaningful consultation around resource development on their traditional territories-The Beaver Lake Cree 38:52


This post first appeared on I Can't Believe A Kid Did That: Powerful Examples Of Student Inquiry Work, please read the originial post: here
People also like
Holcim Philippines shares contributions to environment stewardship in govt, private sector talks
Self Motivation: How to Keep Moving Forward In Your Career or Business
Why Lawyers Use Legal Pads?
Why the Riddler is such a good villain for The Batman film
Wealthy Affiliate Scam or Not
A Brief Opinionated Overview of NIST’s Post-Quantum Cryptography Round 3 Candidates