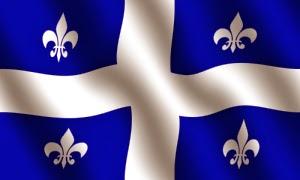 Recently Alberta Education introduced a policy initiative asking teachers to engage Social Studies through Aboriginal and Francophone perspectives. Specifically, the program asks teachers to help students “appreciate and respect how multiple perspectives, including Aboriginal and Francophone, shape Canada’s political, socio-economic, linguistic and cultural realities.” Currently, many social studies teachers are struggling to understand what this might practically mean in the classroom. One way to overcome this difficulty is by drawing on the work of Quebecois scholars that include Stephan Lévesque from the University of Ottawa, Jocelyn Létourneau from the University of Laval, and PhD student Raphael Gani from Laval as well.

The Wonders of Pili Oil
“The Friend Who May Not Seem a Friend…
Music Profile: Elliott Waits For No O…
MICRO BUSINESSES
As outlined in this article here how young people in Quebec understand the Story of the nation is radically different from how most people in the rest of Canada would tell the national story. To help show students the ways these two stories of the nation differ begin by asking them to write the story of Canada as a narrative marking the four most significant periods in Canadian history. For each of these periods include the names of the major historical figures that were involved.
You can then introduce the following experts from their article examining results from a study on how young Franco-Quebecois story the nation:

Preliminary results revealed a striking pattern: Québécois students of French Canadian background share a relatively linear and unhappy representation of Québec’s national place in history rippled with ideas of nostalgia and historical melancholy. The narrative template, called ‘la survivance,’ has variations but the plot remains relatively stable and contains the following chapters:
•    An ‘initial situation’ in which European explorers  discover North America and subsequently settle and  live a modest life in New France.
•    A ‘time of crisis’ with the Conquest of 1759, which  marks the end of New France and the start of a long and painful period of English domination and fight for cultural and linguistic survival (la survivance).
•    The ‘awakening’ with the return of French power in Québec during the Quiet Revolution of the 1960s. A time of political, economic, and cultural awakening for Québécois who have become ‘masters in their own house’ (maîtres chez-nous).
•    The ‘uncertainty’ of a fragmented and hesitant future. The momentum of the Quiet Revolution seems to have been lost with new constitutional changes and political defeats from the Referendums on sovereignty of 1980 and 1995.


Underpinning this ‘la survivance’ narrative template is the story of an alienated and impoverished people seeking emancipation from their largely Anglophone oppressors. Within this matrix of  understanding, the British conquest of New France in 1759 set off a long struggle by the Francophone peoples in Québec to liberate themselves from the continual pressure of the British to assimilate them.  In this way, events such as the Quebec Act of 1774 through to the Quiet Revolution in the 1960s can be understood as part of a dynamic whereby the Québécois attempted to assert and preserve their unique language, culture, religion, and identity against the continual incursions of the greater Anglophone community in Canada and beyond into the United States.
Task:

To make this decision consider which events and people had the deepest and most long term impact on
society during this time.

Questions:
How is this story different from the story of Canada in which you are most familiar?
What figures and historical events are most prominent in this story and how do they differ from the
historical figures and events that you would identify as an important part of Canadian history?
How might this 'narrativization' or 'storying' of a national past inform the identity of many people in
Quebec today? For example, how might this relate to the proposed Charter of Values or the recent
students protests against increases for university tuition?
How might we introduce young people to this story to help them better appreciate the perspectives of
many people living in Quebec?


This post first appeared on I Can't Believe A Kid Did That: Powerful Examples Of Student Inquiry Work, please read the originial post: here
People also like