While decades of Cannabis prohibition may lead some to assume that the therapeutic benefits of CBD are a recent discovery, that’s far from the truth. 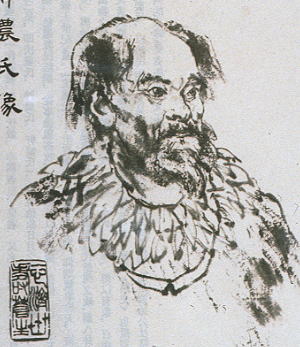 The first documented use of cannabis-derived medicine dates back to 2737 BC when Chinese Emperor Sheng Neng used a cannabis-infused tea to aid with a variety of ailments including memory, malaria, rheumatism, and gout.

Queen Victoria is believed to have used CBD to alleviate menstrual cramps during her reign, which ended in 1901.

Throughout history, cannabis had served as a valuable therapeutic resource; however, during the rise of modern medicine, it was not recognized by most in the medical community due to a lack of scientific evidence.

It wasn’t until 1839, when Irish physician and medical researcher, William B. O’Shaughnessy, published a study which investigated the plant’s therapeutic effects, that researchers did begin to consider the medical applications of cannabis.

In his study, which was then quite controversial, O’Shaughnessy explored the rudimentary effects of cannabis and thoroughly described its potential medical applications, particularly as an anesthetic.

While the Irish researcher may have not realized it then, he had just opened the door towards the discovery of the compounds that would one day be referred to as cannabinoids.

The Discovery of Cannabinoids

Nearly a century after O’Shaughnessy published his study, advancements in research and technology revealed the presence of compounds within the cannabis plant.

The first discovery of an individual cannabinoid was made, when British chemist Robert S. Cahn reported the partial structure of Cannabinol (CBN), which he later identified as fully formed in 1940.

Two years later, American chemist, Roger Adams, made history when he successfully isolated the first cannabinoid, Cannabidiol (CBD). His research is also responsible for the discovery of Tetrahydrocannabinol (THC). 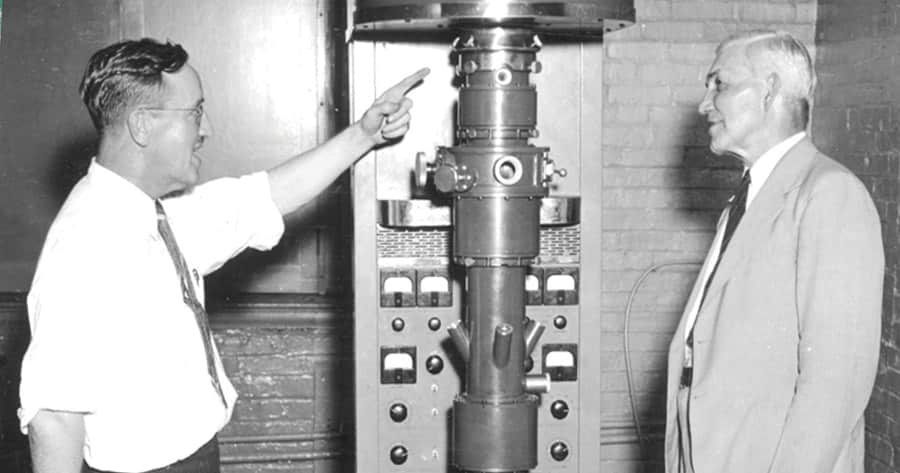 During the early stages of cannabis research, scientists had limited knowledge of cannabinoid structure and an only partial understanding of the biological composition contained within the plant.

Because of this, early researchers could not accurately determine which compound was causing which effect. 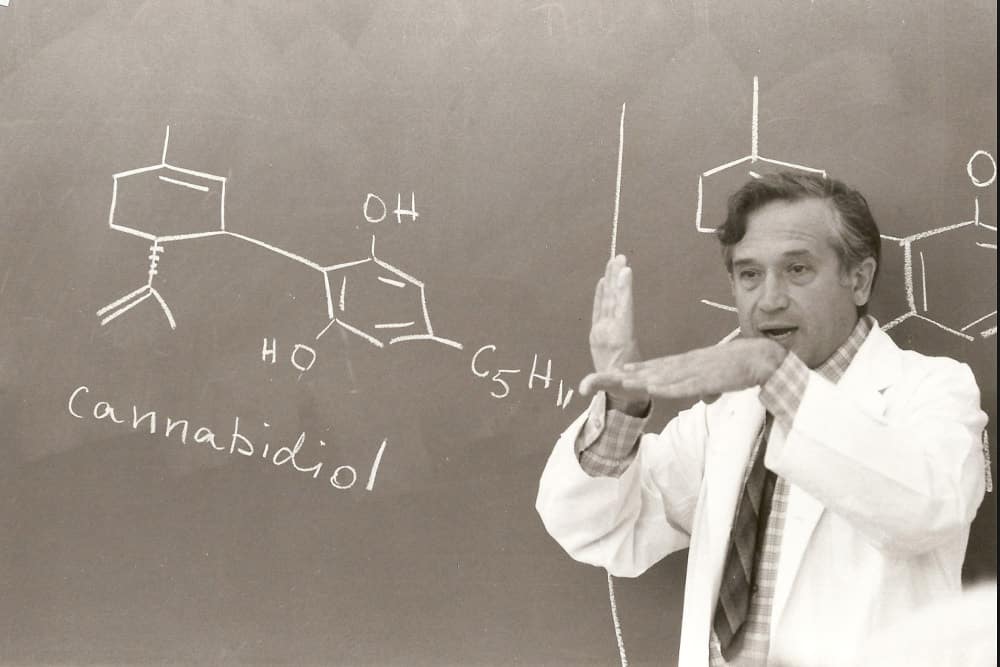 Dr. Raphael Mechoulam made the first breakthrough towards understanding the effects of individual cannabinoids in 1963 when he successfully identified the stereochemistry of CBD.

A year later, Mecholam’s discovered the stereochemistry of THC, which revealed the cannabinoids direct relationship to the euphoric effects associated with marijuana use and disassociated CBD as a mind-altering compound.

The momentum continued during the 1980s as Dr. Mechoulam and his team conducted a study on the potential application of CBD for the treatment of epilepsy as a hypnotic. 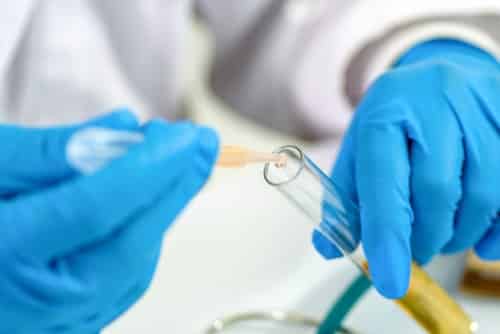 In the study, Mechoulam and his team administered daily doses of 300mg of CBD to study a group of 8 subjects. After just four months of treatment, half of the subjects stopped having seizures and the others exhibited a decrease in the frequency of their seizures.

This was a huge breakthrough that had the potential to change the lives of more than 50 million epilepsy sufferers from around the world.

Unfortunately, the discovery was not as publicized any type of breakthrough, due to the stigmas towards cannabis during that time.

The work of Dr. Mechoulam and the other early cannabis pioneers would not go in vain though.

Less than a decade later, interest in the therapeutic applications of cannabinoids revealed the discovery of additional cannabinoids, further understanding of cannabinoid structure, and the amazing breakthrough of our body’s Endocannabinoid System, a network of receptors that interact with receptors found in cannabinoids.

As research progressed, it would eventually lead to an explosion of interest across the United States.

The Rise of CBD in the United States 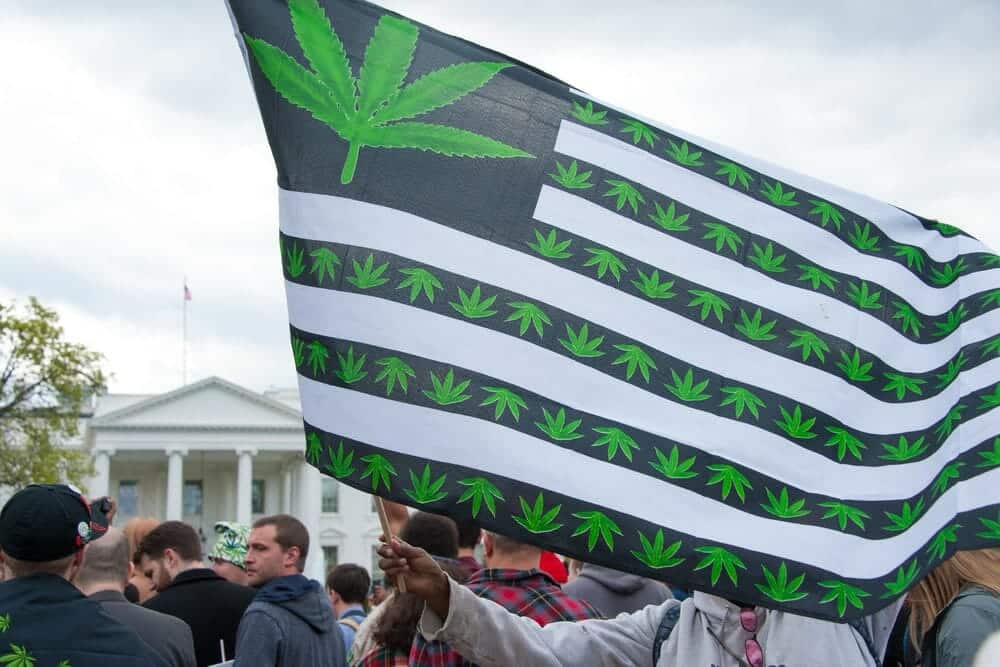 In 1996, California passed Proposition 215, making it the first state to legalize medical marijuana

Within a few years, 7 other states followed suit, including:

With the legalization of medical marijuana, patients in those states now had legal access to cannabis, and researchers could expand their studies into cannabinoid medical uses.

This prompted research into the potential of CBD for the treatment of a variety of ailments such as chronic pain, epilepsy, and numerous neurodegenerative diseases.

While the stigma towards cannabis had begun to shift, it still fell under a very gray area of the law, and because of CBD’s close relationship to the controversial plant, it was judged under those same laws.

While the distinction between CBD and the other cannabinoids was more known throughout the scientific community, it was foreign knowledge amongst those who could actually impact these laws – the general public.

Based on surveys from 1998-2002, more than 2 out of 3 Americans opposed cannabis legalization. One of the major factors that contributed to America’s opposition at the time was the prevalence of stigmas like “marijuana is a gateway drug” and others of the sort. This led Americans to believe that cannabis is dangerous, addictive, and harmful. 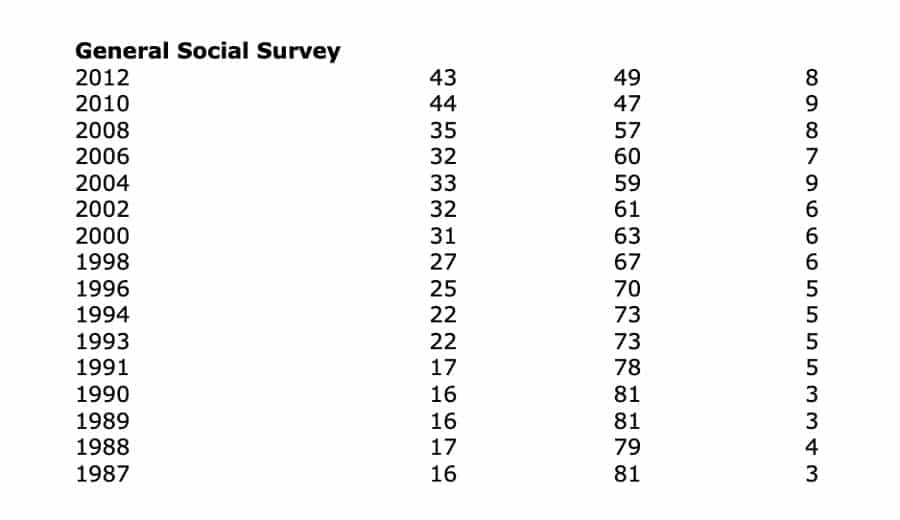 Based on the country’s current position towards cannabis at that time, changing their beliefs, educating the masses, and enacting CBD-specific laws seemed impossible, with a timeline of 25-40 years being optimistic.

But in the 2000s, an interesting phenomenon began to happen.

People began to share their personal experiences with others. 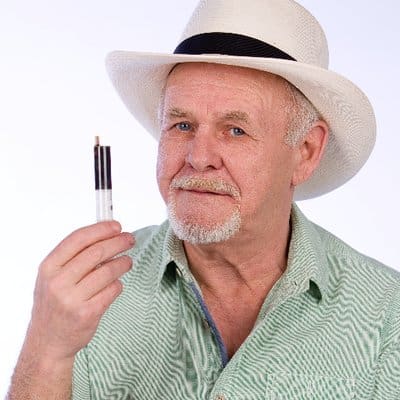 From Rick Simpson, a man who found relief from a rare form of skin cancer to countless others––the unique and moving stories of CBD-users revealed how CBD could deliver relief from conditions like anxiety, depression, insomnia, arthritis, fibromyalgia and more.

The genuine, organic nature of the stories and the openness of those to share their personal and vulnerable experiences for the purpose of helping others fueled a surge of awareness across the country.

Then, in 2010, a powerful story about the health benefits of CBD emerged and ignited the movement that would change the world forever.

The Amazing Story of Charlotte Figi

Charlotte Figi, a young girl in Colorado, was born in 2006 with a very rare form of chronic epilepsy known as Dravet Syndrome.

Dravet Syndrome is a very rare and devastating form of epilepsy that affects approximately 1 in every 16,000 to 21,000 infants.

By the age of just four, Charlotte had lost much her ability to walk, talk, and eat, and experienced 300 seizures per week. 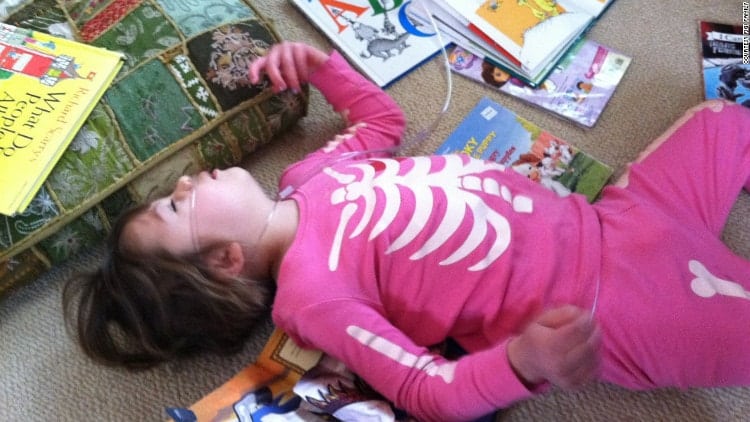 While her parents had tried every option modern medicine had to offer and some, they realized that traditional doctors could not help their daughter and hesitantly turned to cannabis when Charlotte was 5. 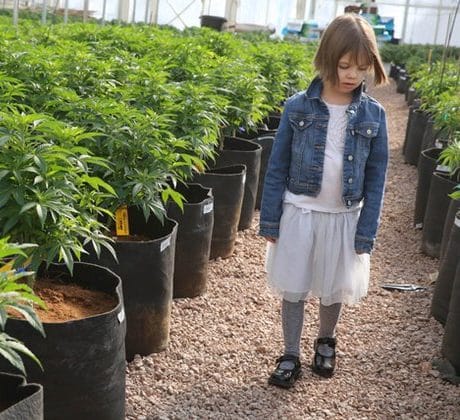 Charlotte Figi, thriving and living a normal life thanks to CBD | Source: US News

After hours had passed and Charlotte didn’t have a seizure, Charlotte’s parents realized that CBD had worked.

Today, Charlotte experiences 2 to 3 seizures per month, which has literally restored her opportunity to live a normal life. In an interview with CNN, Charlotte’s parents confirm that their daughter is happy and thriving as any normal girl and believe everyone should know about what CBD did for their daughter.

As a symbol for hope, the inspiring story of Charlotte Figi, Rick Simpson, and the countless others who have shared their experience, has fueled a massive level of support, awareness, and passion, which continues to drive the CBD movement forward today.

CBD in the US Today 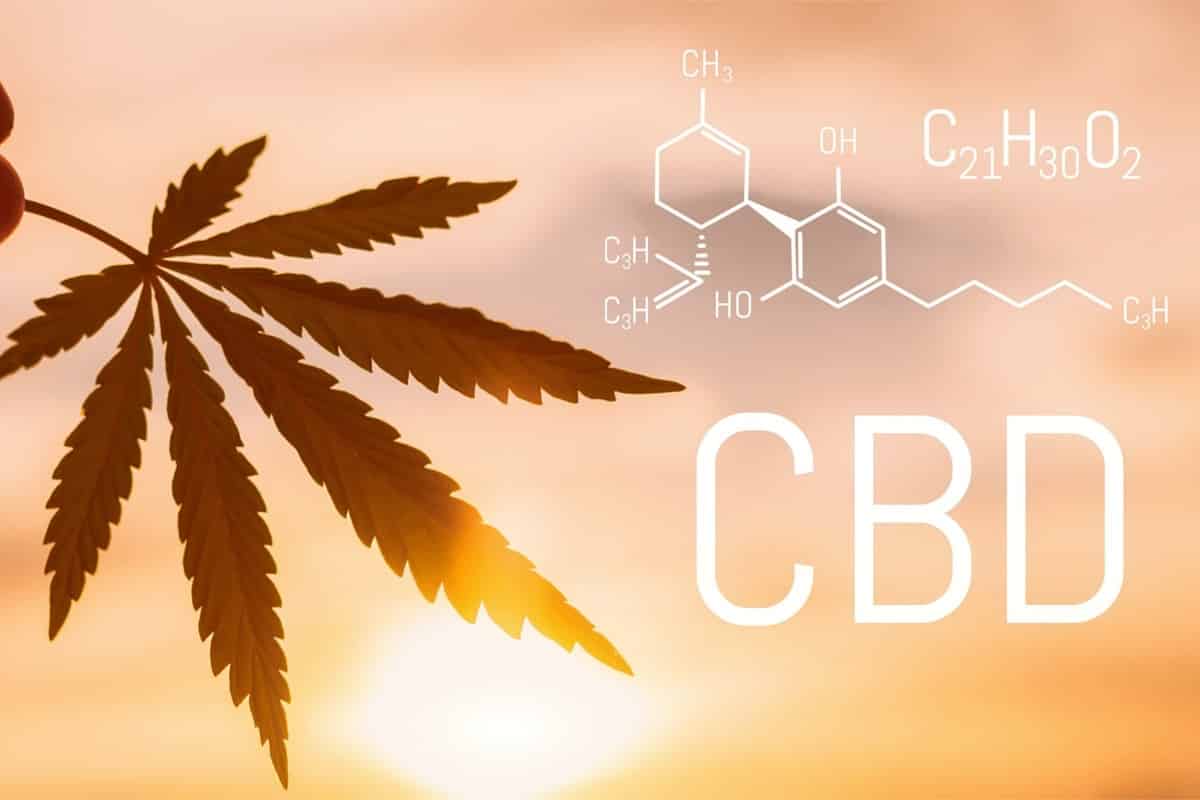 In the years since Charlotte’s story, the stigma towards CBD and cannabis in America has dramatically changed.

Those that once opposed cannabis, now turn to CBD for relief, and its therapeutic properties are helping to change the lives of people around the country.

We are still just on the brink of this great movement, which is continuing to thrive at exponential rates, surpassing everyone’s expectations and achieving the impossible.

Here are just a few of the landmark events that have occurred:

The Future of CBD

While the perception towards CBD has progressed dramatically over the years, CBD still is not fully normalized across the country. There are still many who stand in opposition to CBD and other cannabis-derived compounds and many more who aren’t aware of their benefits.

In order for CBD to reach its full potential and change the lives of as many people as possible, there’s still more work that needs to be done. While there may be some challenges ahead, the strength of the CBD community has shown that nothing is going to stand in its way.

CBD is here to stay.

I hope that this brief article has helped to inform you about the rich history of this amazing cannabinoid and, more importantly, I hope that it has inspired you to learn more and become more involved with this amazing movement.

Cannabis compounds like CBD have the potential to impacts the lives of millions of people, and with continued effort from all of us, it can change the world!

Spread the word and keep a lookout for our next article!