Slowdown of neutron at elastic energy level is dominated by amount of hydrogen present in environment as hydrogen being single proton is having highest slowdown cross-section of neutron. Hydrogen is majorly present in fluids with water and oil having higher hydrogen index and gas having lower hydrogen index. Neutron slowdown keeps on going till it reaches thermal energy level and gets captured. Capture count rate can be defined as:-

In Eq2 Ncapis the capture count rate, Acap is total neutrons reaching capture energy level, ρ is formation density, µ is formation mass attenuation coefficient, and Lcap is the attenuation distance of  released gamma ray  to detector as a result of neutron capture. 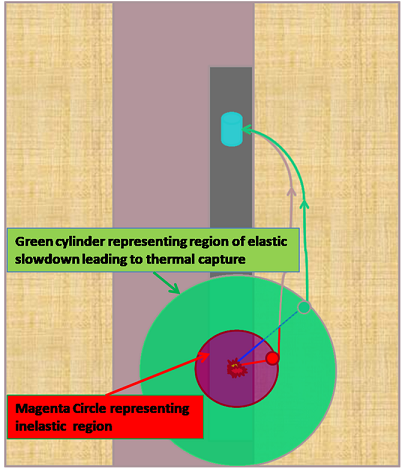 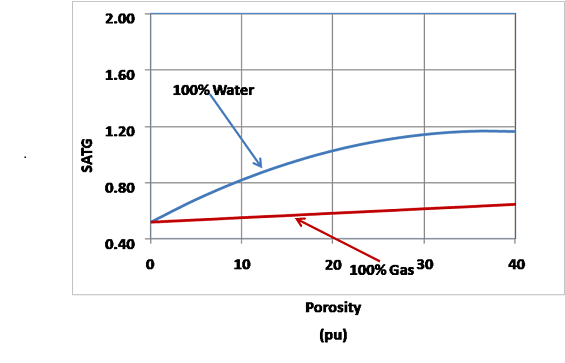 Figure:- Example of SATG Fan chart characterization with porosity for given hole size and casing size.

Weatherford in their Raptor tool interpretation differentiate between gas and liquid by using multi detector pulsed neutron burst (MDPN NB). Interpretation is based on characterization of fast neutron normalized burst and capture ratio acquired from nearest and farthest detector. Characterization is done by “3D neutron gamma transport modeling”. Data is characterized with formation porosity to prepare interpretation envelope in which data should respond.

Due to physics of measurement direct measurement of fast neutron is not possible and hence inelastic gamma ray produced as a result of inelastic neutron interaction with formation is recorded. As already discussed in earlier part of this article high amount of matrix with heavier elements leads to higher neutron inelastic cross section resulting into more neutrons getting attenuated and hence more inelastic gamma ray getting generated to be transported to detector. During gamma rays travel to detector gamma ray gets attenuated by pair production, comptom scattering and photo electric effect. All these attenuating mechanisms are mainly dominated by formations bulk density and effective atomic number.

Measurement of inelastic gamma ray counts at 14 Mev energy range is by itself very challenging task, to maximize the signal following things are done:

Below table shows Sigma and FNSX values of different materials found in borehole. We can clearly see in below table that Gas with lower hydrogen index is having very low values of FNSX. 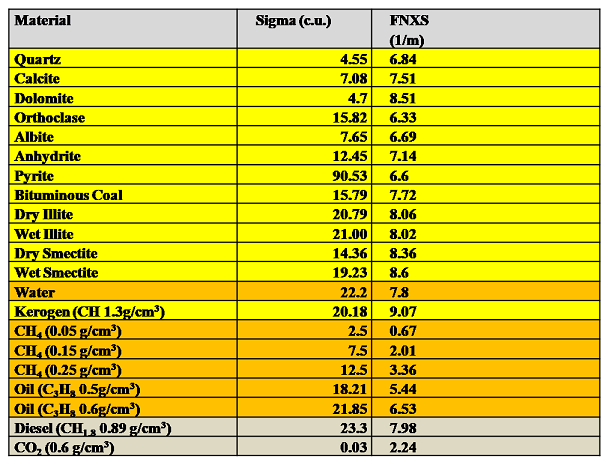 Multi-detector pulsed neutron tools have been developed with sole purpose of gas- liquid differentiation. Measurements provided by different service providers are slightly different but are all highly sensitive to gas.

Gas identification using multi detector pulsed neutron tool is a vast topic itself. To make this topic concise we have only kept most important parts in current article. To discuss this article with author please feel free to write to us at [email protected]

ASTRONOMY - Dancing With the Stars

The 4 Most overrated weapons of all time