A new type of turbine designed at Japan’s Okinawa Institute of Science and Technology (OIST) could generate electricity while simultaneously protecting coastlines from erosion. 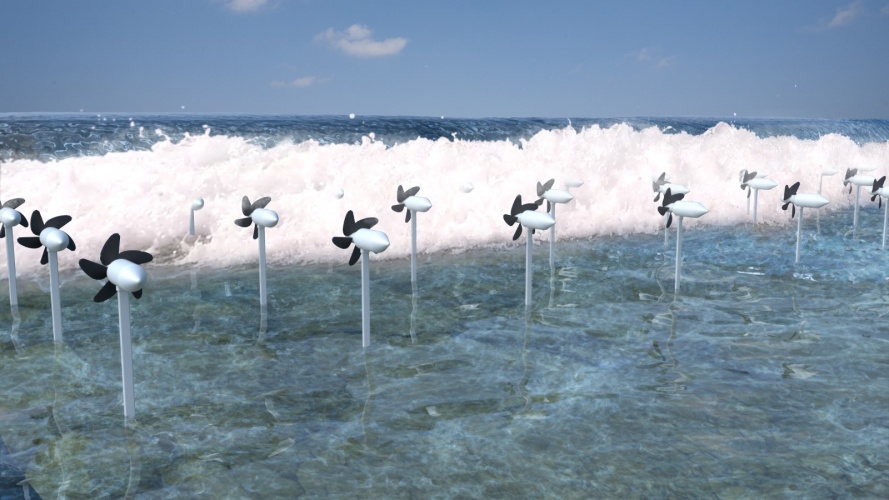 (Credit: OIST)
The Wave Energy Converter (WEC) project involves using multiple Turbines near the shoreline, which harvest the energy of crashing waves. Like the concrete tetrapods and wave breakers used on coasts around the world, the turbines would help dissipate the incoming power of the ocean, helping to limit erosion.
“Surprisingly, 30 per cent of the seashore in mainland Japan is covered with tetrapods and wave breakers,” said OIST’s Professor Tsumoru Shintake, who is leading the project.
“Using just 1 per cent of the seashore of mainland Japan can [generate] about 10 gigawatts [of energy], which is equivalent to 10 nuclear power plants. That’s huge.”
According to the researchers, the devices will be able to withstand the harsh wave conditions as well as extreme weather such as typhoons. Inspired by dolphin fins, the five blades on the 70cm diameter turbines are flexible, as is the supporting structure, which will allow the entire mechanism to “bend like a flower”. The flexible blades will also be calibrated to rotate at speeds that are not dangerous to marine life. Behind the blades, a permanent magnet electric generator is housed in a watertight ceramic casing, while energy is returned ashore via a cable in the anchoring structure. 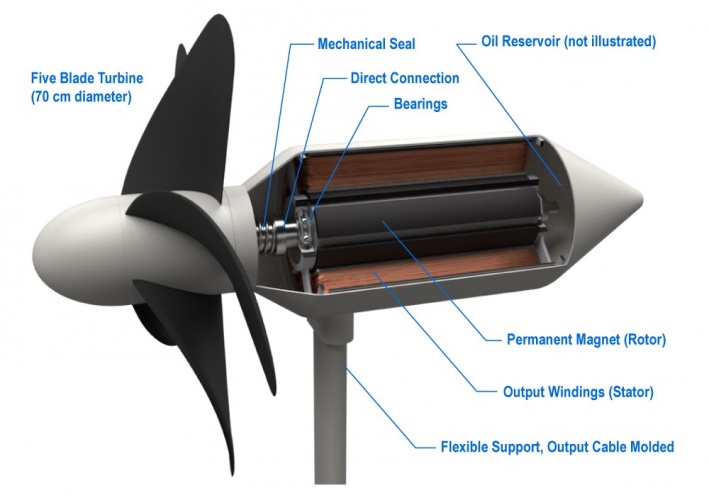 (Credit: OIST)
The OIST team believes the turbines could operate in locations where tetrapods have already been placed, acting as a primary barrier and meeting the waves at their most powerful. Existing maintenance routes for the tetrapods could also be used for the turbines, which the team predicts should have a lifespan of around 10 years. The next phase of the research will see two half-scale WEC turbines installed on a stretch of coastline, powering LED lights, but Shintake hopes the system will one day widespread adoption.
“I’m imagining the planet two hundred years later,” he said. “I hope these [turbines] will be working hard quietly, and nicely, on each beach on which they have been installed.”

Animal Pak – Latest Offers: Discounts…
Albania: Explore the Forgotten Side o…
The Friday Roundup – Speech to Text, …
8 Steps You Can Take to Empower Your …
Preventative Botox for Your Patients


This post first appeared on Mechanical World, please read the originial post: here
People also like
Animal Pak – Latest Offers: Discounts + Free Gifts
Albania: Explore the Forgotten Side of Europe – 15 Best Things to Do in the Albanian Lands
The Friday Roundup – Speech to Text, Text to Speech and Subtitles.
8 Steps You Can Take to Empower Your Workforce
Preventative Botox for Your Patients
Do brain waves of a dying person show we’re in Heaven?