My Life Story: Husband Abused Me Emotionally He Always Says That I Am An Ugly Person

I have been married for 10 years. My Husband abused me emotionally he always says that I am an ugly person and he deserve a beautiful woman. When I first got pregnant he said you need to abort and terminate this pregnancy, because my baby may look ugly just like me. He always made me feel down. I was in love with him. I decided to keep the baby and asked him to leave me alone with the baby if he doesn't want it. He didn't and he stayed with me. After I delivered the bay he was surprised how  handsome his son is. At that time I start loving my son and I felt that I am no longer in love with my husband. However I never thought about chea-ting on him even though he chea-ted on me many times.

Have you ever made love in front of o…
The Queens of Pop: In The Mix
Telegram Marketing solutions
First Night of the Seven (7) Nights o…
Tips to make your journaling easier 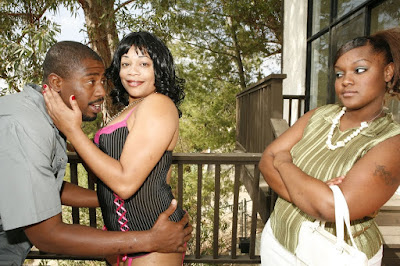 6 years later, I was Talking to an old married guy at work , he was just a friend at the beginning I was talking to him about myself and my life. We started texting and talking everyday but we never went out. I started feeling in love with this guy and he did the same he  always tells me how much he loves me and care.
My husband caught me talking to him as I was keeping all the texts and recording the calls to listen to it later.
now my husband is very mad at me. And he sent the voice to the other guy's
The biggest problem now is I am pregnant with my husband of course.and he thinks that I slept with the other guy,  which is not true.
i was sexuLy abused when I was a child that affect my current sexuL life with my husband , as I was not allowing him to penetrate. I let him one time in 2010 when I felt I needed a baby and it was like a surgery without  Anistasia soooooo painfull. And the second time is after I met this guy who opened me up by just talking and saying nice words.
When I sleep with my husband I was imagining myself with the other guy, and I didn't feel the pain at all. My husband was surprised and started asking questions, I was telling I am just reading some books. But when he found out about my emotional affair he started thinking that I really had a physical contact with the other man.
Now I am so stressed because I want to keep the family together I know there is no love anymore toward my husband but I just want the family to be together .


This post first appeared on UNIVERSITY OF NIGERIA PAST QUESTIONS AND UNIVERSITY GIST, please read the originial post: here
People also like
Have you ever made love in front of other people?
The Queens of Pop: In The Mix
Telegram Marketing solutions
First Night of the Seven (7) Nights of Christmas and Carols COGOP SVG
Tips to make your journaling easier
Earn Extra Income From Home
how stress affects your skin and how to manage it
Overcoming Common Weight Loss Challenges
Body Positive Fat And Sexy
GALA DALI – THE MUSE OF THE SURREALISTS
CBD Dog Treats, How To Make CBD Dog Treats, What Are CBD Dog Treats?
7 Reasons To Invest In a Mobile Finance App in 2022

My Life Story: Husband Abused Me Emotionally He Always Says That I Am An Ugly Person