According to the Director of Press, Federal Ministry of Education, Mrs. Chinenye Ihuoma, who debunked the rumour, the ministry has designed a new Subject which merged Civic Education, IRS, CRK and Social Studies into “Religion and National Values”.

Legit Way To Make Money Online
green peas benefits for skin
Make a list to help your journaling
The Connection Between Sleep and Fitn…
Garage Floor Epoxy Metallic Coatings
She said,
“The alternation is not from the minister, this is purely from the National Council on Education. It is just as the council has said that History should be a subject of its own at the basic level in the first nine years. 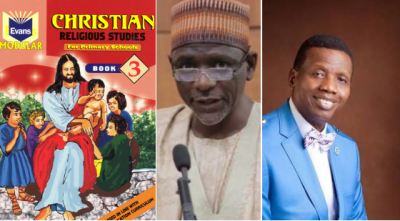 “Now, a new subject has been introduced, called Religion and National Values. It is a fusion of religion and civics.
I have not seen the details but in a case where you have subject combinations in the same period, everyone will attend lectures that correspond with their own religion.
Arabic and Islamic Studies are not standing alone. Islamic Religious Study and Christian Religious Study as well as national values will be taught under a new subject,’’ she said.