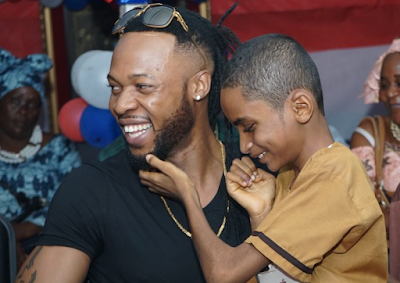 On a stormy evening when the lights went out and my eyes could not adjust to the darkness for a while, I learnt about what it might mean to live with a partially distorted vision. Following sounds and relying on touching objects, I had a unique experience. Afterwards, I was intrigued to know more about how do people with Visual Impairment live their lives and what do their surroundings mean to them.

30 Cheap & High ROI Home Renovations …
Creating and Selling Digital Products
It's Time To Rebuild
Improving Mental Health Through Exerc…
Robotime Rolife Nanci Blind Box Actio…
This post is a result of that pursuit for understanding a young Blind musician (Semah G Weifur). Here are thirteen things that you may not know about semah g weifur. And these thirteen things will go a long way in helping you deal with your awkwardness of interacting with people who have visual impairment.
1. He possess some form of perception, if not their full sight.
His visual impairment does not equate with complete loss of vision. In fact, according to the World Health Organization (WHO), 15.88% of people who are Visually Impaired, face total darkness or are blind. The remaining 84.12% have partial or residual vision, like color perception, light perception, movement or even form perception. He is able to see in blurs or varying degrees of distortion, with literal blind spots in some areas. As you can see, there are many ways of having low vision, and it is not a binary between sight and darkness.
2. He is not ashamed of having visual impairment.
M blind boy perceived his visual impairment as a mere physical challenge. By no means do he see it as debilitating or the end of his joy. And he don’t believe that ‘being’ blind is his identity. This group of people is as powerful, magnificent and capable as anybody else. And the onus on making a much needed attitudinal shift lies with the rest of us. So, the next time you find yourself thinking “Oh poor thing, he is blind”, check yourself and explore how you can change some deep rooted assumptions that play out when interacting with people who have different abilities.
3. He do not always need acute supervision.
Like many blind people are far more aware of their environment and have more mastery than they are given credit for. He may need inputs just like anyone else, to familiarize himself in a new place or learn a new technology. But, visually impaired people by no means are perpetually dependent on others for their living. I would urge you to approach all visually impaired people with this in mind – If they need assistance, trust that they will ask for it on their own.
4. He feel as insulted by overcompensating kindness, as by judgment.
He, often wish that everyone else would just treat him as people, and not as people with a condition. Unsolicited and extra assistance is something that may make him feel small. For example, helping him cross the road and taking him to destination, when he just ask for directions. Or buying groceries for him and counting money on their behalf. Even picking up something he dropped and taking over carrying his stuff, are all considered as overcompensating kindness, which many blind people report as derogatory. Ask if they need help. Accept it if they say no.

5. He is not super-sensory, and may not have heightened senses.
Popular culture depicts that if one of the senses of a person stops working, the others become sharper. This is not necessarily true! Though blind people may rely more on their other senses, and develop a strong memory or are tuned into auditory cues, they may not always have a sixth sense. However, there is evidence that suggests blind people use a process called ‘ echolocation’, whereby sound waves are used to determine the location and size of objects within a particular area. Dr. Gavin Buckingham says, “ They will either snap their fingers or click their tongue to bounce sound waves off objects, a skill often associated with bats, which use echolocation when flying .
script async="" src="//pagead2.googlesyndication.com/pagead/js/adsbygoogle.js">

6. He enjoy being spoken to with normal language.
You don’t have to hold yourself back from using vision oriented language with him, like look, see, watch, witness or even viewpoint ! He do not take offense at such words, and might actually feel awkward if he sense you making a conscious effort to avoid such terms. Instead, just let him be a part of your experience, as he make you a part of theirs. After all, blindness is not a stigma.
7. He is as responsive and engaging with his environment, as any other human.
Yes. People with blindness like exploring new places, go to the movies, music concerts, try out new restaurants and even indulge in adventure sports like racing, snowboarding, trekking, skydiving etc. They are as excited or hindered by their surroundings, as anybody else. This predisposition primarily depends on the personality types of individuals. Some are introverted and prefer their alone time or controlled environments. Others are extraverted and proactively seek varied experience and this is where semah g weifur fall into. He like trying extraordinary things.
8. He do dream while sleeping.
His dreams show up just the way he experience daily life- with a rich mix of sensory cues. In a Danish study (2014) of 50 blind adults, 18% of the blind participants (both congenital and later-onset) reported tasting in at least one dream, compared with 7% of sighted participants. Nearly 30% of the blind reported smelling in at least one dream. Almost 70% reported a touch sensation and 86% hearing. However, the emotions and themes of their dreams are known to be similar to that of people with sight. Like semah g weifur said " I have always see myself in dream singing to a cloud.

9. He understand colors in unique ways.
Some individuals who develop blindness later in life, relate to colors just like people with sight. For others who haven’t experienced color as intricately, relate to it through association and building concepts like the fire is yellow or the sky is blue. They also associate it with energy forms: blue=cold, white=frozen, red=hot. Sometimes s/he can only tell bright colors or they might have a hard time telling blue or black or brown apart, or pink from white. Whatever is the case, colors have meaning for all people and the blind understand the concept.
10. He have more nightmares than sighted people.
This is a result of mental impressions or interpretations of distressing situations, because blind people generally report more anxiety in daily life than others. They find it challenging to avoid stressors, and hence their nightmares are closely tied to reality- falling into a ditch, getting run over by a car, running into a tree or getting stalked. Dr. Amani Meaidi who has studied this phenomenon closely, says such nightmares don’t affect the quality of life of blind people, but are a true indicator of the experiences they have.
11. He didn't use cane all the time.
Since there are varying degrees of visual impairment and blindness, semah g weifur seek assistance in the form of white canes or red tips canes which denote degree of impairment. "Many others prefer using guide dogs, who are trained to help them navigate through curbs, doors or crosswalks. They keep an eye on their owner’s right shoulder to protect against collisions."
12. He is open to curious inquiries about his situation.
You may not know how to be with semah g weifur, or might want to understand him better. Thus, it is perfectly fine for you to ask him about his lives and how his experiences are. The key here is to be curious, have a willingness to learn and appreciate the uniqueness that comes with being visually impaired. As said earlier, many blind people don’t see their situation as limiting, and can offer great insights, if you just ask. 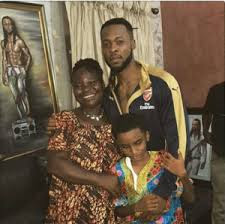 13. Like other blind people his success also hinges on how you view him.
Psychologists say that success in life, education and jobs of visually impaired individuals are directly proportional to the expectations that people around have of them, and the degree of positive attitudes they encounter. The more capable and able you believe they are, the more they will shine. Self-esteem, self-belief and self-image are partially formed through social interactions, and it is important that people encounter empowering experiences. Be that experience!
As you allow this understanding to settle, just remember that blindness is not a defect or a stigma. It is a characteristic, just as sight is, and Helen Keller’s words capture this fact beautifully: “I can see, and that is why I can be happy, in what you call the dark, but which to me is golden. I can see a God-made world, not a man-made world.”

Thank you for spending your time in reading what I discovered about Semah.
Share and like the if it really educate you