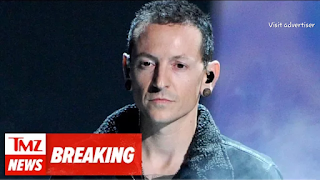 Chester Bennington, 41, the frontman of American rock band Linkin Park, allegedly committed suicide on Thursday. While we are still struggling to believe this news, footage from the band’s last live performance is what all his fans are watching. The very last performance of Chester Bennington is going viral.
This Linkin Park vocalist spent the better part of the past two decades pouring himself into his lyrics and performing with his massively successful rock band. The singer’s body was discovered around 9 am on July 20, and according to entertainment news website TMZ, he hung himself at his private residence in Palos Verdes Estates in LA County, US. The New York Times confirms Bennington’s death is being investigated as a suicide.

The last performance of Chester Bennington with the band was Hybrid Theory opener ‘Papercut and, finally, ‘Bleed It Out’, the second single from 2007’s Minutes to Midnight. The video is a fan-shot one from the stageside pit, capturing Bennington in his element.
Prior to a line of One More Light World Tour dates (which were set to begin July 27), Linkin Park played what will go down as its last concert with Bennington on July 6 at the Barclaycard Arena in Birmingham, England.