An unemployed Ghanaian teenage Mother is pregnant again after a space of two years she has her first child. The man, Afia Nyarko assert impregnated her has denied being responsible of the pregnancy and she is now left to her fate.

Heal Your Body Meditation.
Can i buy life insurance on my parent…
THE ENEMY OF THE UNLIVED MEANINGLESS …
ELON MUSK: BIOGRAPHY, NET WORTH, TWIT…
Self Cleaning Hair Brush For Women On… 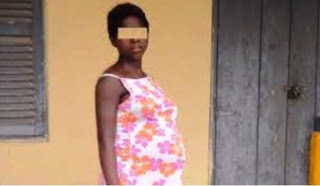 The only alternative left, she noted is to slot into prostitution to support herself and the unborn baby. Afia who broke her virginity at age 11 said she has been sleeping with about 15 men a day for money to feed her young family.
“She further said I have been compulsory to go into prostitution because the man who impregnated me decided not to take care of us again. I have been doing this for the past years to stay alive”.
During a radio program in Ghana, She told the host, Kofi Gyimah Ankoana, she wants to learn a trade but lack support. “I want to get a decent job so I can take care of myself and child but as I’m speaking with you I am pregnant again and cannot do anything now” she cried.
Afia on the other hand put a blamed her mother for her present quandary because “she also got pregnant and did not know the man who impregnated her.” Afia, out of annoyance, said she cursed her mother and she sends her out from the house.