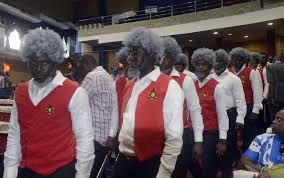 In line with daily tips academic focus will look at the origin, and nature of cultism in Nigerian University System.

Anxiety symptoms in men
Muslim American servant NARRATOR
High Paying Jobs ($100,000+ /yr) With…
ELON MUSK: BIOGRAPHY, NET WORTH, TWIT…
WHY THE DALAI LAMA HAS AN ENGLISH ACC…
Major Cults organization in Nigeria are
1. Buccaneers
2. Pyrate Confraternity, aka Alora sea dogs
BUCCANEERS
The Buccaneers splinted from the Pyrates. The rebellion of the Thirty was led by Dr. Bolaji Carew, former provost of the Lagos College of Education whose cult name is "Rica Ricardo". He was also the Supreme Eye or Sole Patron and Spiritual Head. The open challenge to the Sea Dogs is emblazoned in Buccaneer logo"Odas is Odas","A dog has a Master and the Master is a Lord", "Blud for Blud", etc. On its Aniversary, 1982, the Buccaneer Confraternity, Sea lords, became "Buccaneer Association of Nigeria"(BAN). By that time, the Vikings Confraternity was formed in opposition to the Sea Dogs and Sea lords. This was as a result of the tendency by Pyrates to hound the Palm Wine Drinkers and to parade as the only "frat" in Nigeria. In I977, for instance, the Pyrates disrupted the Convention of the Palmists at Nsukka. The fight led to disciplinary action based on the recommendations of the Afigbo Committee. Conclusions like this emerged: Between1982-92, the implosion of secret cults took a completely different character. It became violent. For instance while the pyrates had moved into the six old Universities before 1980, the "Buckets", as others call the Buccaneers, moved into University of Lagos, 1973, University of Benin, 1978 and crossed the Niger into University of Calaber in 1980. Calabar deck pioneered into University of Nigeria, 1985 and into other institutions as a part of the wildfire proliferation thereafter. Indeed from 1984, Pyrates claimed to have cut off the Students wing.
Buccaneers did so in 1987. These reactions pointed to the rapid proliferation of secret cults into all manners of institutions. Worse the indication is that more groups are forming. For example, Security agents investigating reported cases of theft in late 1990, discovered documents of a new cult in the University of Nigeria at an embryo stage. Exhibit included: 1.The proposal of a new deadly organization called 'CAPPA VENDETTA' 2.The draft constitution 3.The Emblem 4.The Declaration form. Five students had completed the form. All of them were members of existing cult and were from the same community in Abia State. This trend bothered the old groups. The Alumin wanted respectability. In BAN newsletter, of July 1987 entitled "Deck Submerge": "due to the recent spate of embarrassing, undisciplined and violent acts Deckhands. Grand Eye Council has decided to submerge all decks permanent for now. All Galleon Masters merge desirable deckhands with frigates as observers" BAN also attempted to use public relations techniques to create new image, which backfired as the Warri frigate protested in a letter to the Grand Eye: Alora, lords of warri frigate wish to bring to your attention, this issues. Buccaneers are well noted for their secrecy, which is our pride. But now the only secret left is the content of grand pa's Chest. Have we became palmists which every Tom, Harry and Dick knows their Hierarchal structure?. Obviously, both Pyrates and Buccaneers were posturing and hiding their new identities as secret cults.
Pyrate Confraternity aka Sea Dogs
.
The Pyrate Confraternity Started out in 1952 at the University College, Ibadan Oyo State Nigeria, and the group of seven was led by Professor Wole Soyinka; they perceived themselves as cultural nationalists. Echoes of this grand sentiment could still be heard in the objectives of the Sea Dogs: "against moribund convention, tribalism, for humanistic ideas and comradeship and chivalry" they insisted on an African content in a White-oriented Campus. But these halcyon days soon passed by when the Buccaneers splinted from them. 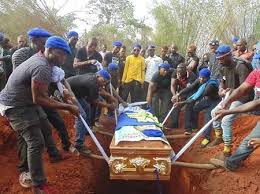 There are cults in Nigeria, secret cults that abounds, there are cults in Primary schools, secondary schools, and of course the higher institutes, the Universities, Polytechnics, and college of education.Each is school whatever the level has its own cult, especially primary and secondary schools, the cults in these schools are L.G.A and state based, so they operate on this level.For the sake of accuracy I will not mention the cults that are in Primary and Secondary schools, because they are many and does not cut across many Nigerian schools.So our focus will be on Nigeria higher institutions. The cults existing there are popular and unlike its lesser counterparts, they cut across many Nigerian Tertiary Institute.
1. Pyrate confranternity AKA Sea Dogs
The Pyrate confraternity is arguably the first secret cult in the Nigerian University system. The mother of all cults as it was.
Its objectives thus "against moribund convention, tribalism, for humanistic ideas and comradeship and chivalry" they insisted on an African content in a White-oriented Campus. But these halcyon days soon passed by when the Buccaneers splinted from them.
2. Buccaneers Confraternity AKA  National Associations of Sea LordsFounded by Bolaji Carew the dead man who is at the same time alive, the Buccaneers came to be very powerful and become the main rival to their mother Pyrate Confraternity (they splinted from them)
3. The Supreme Eiye Confraternity (also known as the National Association of Air Lords) was formed in the University of Ibadan in 1965.
4. The Neo-Black Movement of Africa (also called Black Axe) emerged from the University of Benin Edo State.
The following were founded in Calabar Cross River in 1983 under the name Eternal Fraternal Order of the Legion Consortium
5. Klan Konfraternity
6. Supreme Vikings Confraternity (the Adventurers or, alternately, the De Norsemen Club of Nigeria)
7. Family Confraternity
(the Campus Mafia or the Mafia), Founded in Abia state University, ABSUU. The Mafians modeled itself after the Italian Mafia.8. The Brotherhood of the Blood (also known as Two-Two (Black Beret), another confraternity, was founded at Enugu State University of Science and Technology ESUT.9. Victor Charlie Boys This cult was established by one Augustine Ahiazu when he was vice-chancellor of the Rivers State University of Science and TechnologyOther cults groups in Nigeria are 10. Second Son of Satan (SSS)11. Night Cadet12. Sonmen 13. Mgba Mgba Brothers14. Temple of Eden 15. Trojan 16. Horse Jurists
17. White Bishops18. Gentlemen Clubs, 19. Fame, 20. Executioners 21. Dreaded Friend of Friends 22. Eagle Club 23. Black Scorpion 24. Red Sea Horse 25. Fraternity of Friends26. Outlaws27. Klansmen Konfraternity28. IcelandersWomen cults group29. Black Brazier (Bra Bra) 30. Viqueens31. Daughters of Jezebel32. The Damsel.