The people of Nigeria in general have bee hoping to see the National Assembly pass the 2017 Budget to help ease the difficulty of unemployment and others.
N’Assembly Must pass 2017 budget Come May 9 –  a senator from the North west Sokoto to be precise, Sen. Gobir - Sokoto state senator, Ibrahim Gobir has said the National Assembly will pass the 2017 budget on May 9. 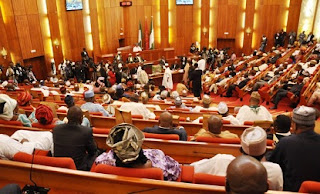 Gobir disclosed this to newsmen on Saturday in Sokoto.
“The delay in its passage is to allow the effective harmonisation of the documents by both the Senate and the House of Representatives,’’ Gobir said.
Gobir said that the National Assembly was committed to further improving the general welfare of Nigerians.
“The National Assembly members would, therefore, intensify oversight functions, ensure timely releases of funds, as well as ensure their judicious utilisation.
“The National Assembly is for the entire country, but, we will continue to provide checks and balances, and will always advise properly,’’ he said
Gobir further said that the National Assembly was trying its best to ensure peace and harmony among all arms of government.
“We will continue to operate as partners and will always have mutual respective for all the arms and tiers of government.
“The governments are trying their best to sustain peace and order in the country, just as the Boko Haram insurgency had been surmounted.
“We will continue to support the governments in this direction to make lives better, secure and more prosperous for all Nigerians,’’ Gobir said.