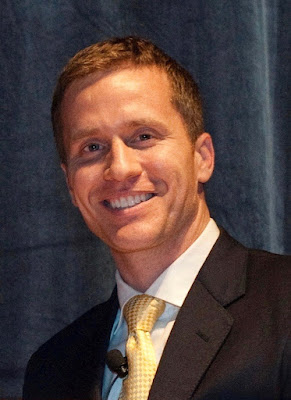 How To Get Health Insurance Without A…
Importance of SEO to SC Businesses
GE Versana Premier and GE Logiq P9 – …
Online Massage Therapy Courses, are y…
Greitens’ plans may be inspired by Indiana’s successful implementation of similar adult high school programs.

What Are Greitens’ Goals For the Missouri Adult High Schools?

Greitens calls for the following after the new schools open:
Source: Greitens signs bill that could help high school dropouts in Springfield

Ever since Governor Greitens assumed office in January, 2017, this downward trend has continued. In May of this year, Missouri was estimated to have reached just 3.9% unemployment.

How is unemployment in Missouri related to education?

High School Graduation Rates in Missouri have continually improved since 2010. The graph below shows a steady upward trend of the graduation rates for lower income students.
Both graphs only show the data until 2015, but I can assure you that the trend has continued. I'm no statistician, and I'm not a Missouri resident, so I can only speak from a common sense perspective here. What I see from both of these graphs taken together is a striking observation:
Since 2010, the unemployment rates in Missouri have fallen, while the high school graduation rates have simultaneously risen.
Sure, there are many other factors involved. That being said, I still believe there's a connection here, and I'm confident Greitens is aware of this.

I predict that Missouri will continue to see improvements with both increasing high school graduation rates and in decreasing unemployment rates. Greitens' plan is rather ambitious, and I don't know if the numbers he's calling for right now are realistic yet (although I hope they're achieved).
I also think his call for a 20% increase in wages of graduates versus non-diploma holders is on the aggressive side. However, this may be just what Missouri needs, because the plan has the potential to incentivize more people to get their diplomas.
I don't know if it's the fact that Greitens is a former U.S. Navy Seal, or what, but something about him makes me like him.
As a registered independent, I also like the fact that Greitens has been affiliated with both the Democratic and Republican parties at different times. Regardless of how he's governing right now, there's reason to believe he's non-partisan on some issues.
I'll admit that although I found this campaign add a little shocking at first, after watching it again, I now think it was a great fit for his style.
This is the video I'm referring to:

I'm always really happy to see politicians addressing adult education issues. The recent bill-signing in Missouri is no exception. I'll be cheering for success for the new adult high schools, and I'm eager to see how this all plays out!
Regardless of your political leanings (as I said, I'm a registered independent), Governor Greitens deserves some credit for making adult education a key issue!


This post first appeared on Test Prep Champions, please read the originial post: here
People also like
How To Get Health Insurance Without A Job
Importance of SEO to SC Businesses
GE Versana Premier and GE Logiq P9 – A Comparison
Online Massage Therapy Courses, are you ready to start today?