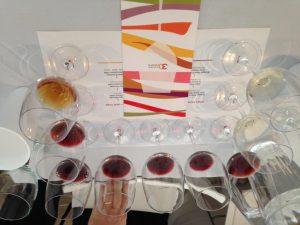 Lineup of Wines from Spain

I recently had the pleasure of tasting a bunch of Spanish wines, courtesy of Wines from Spain USA.  More Americans are drinking Spanish wine these days as far as I can tell just from what I’m served in friends’ houses, what I see on wine store shelves, and what people who talk about wine are, well, talking about. That’s good for Spain (and for consumers) because not too long ago, the only Spanish wine that American really knew was Vino de Jerez—Sherry—and a lot of it was cheap cooking wine you bought at the A&P. That itself was a shame, because good Sherry is a delicious and unique type of wine, produced through the Solera system in which some new vintage wine is added to older vintages over a number of years, producing a remarkably complex beverage. But Spanish table wine was mostly a cheap, bulk domestic product that the Spanish thought of as food than an alcoholic beverage.

Things have changed. And there’s a good reason: Spain has more land under grapevines than any country on earth. It also has about 600 native grapes—which might also be a record—although 80% of Spanish wine is made from just 20% of those grapes. Spain is a very mountainous country, too, which means a lot of vineyards sit on microclimates, making them ideal for growing specific types of wine grapes. In the last 30 years, as the folks from Wines from Spain pointed out, Iberia has made some pretty great strides both in improving its wines and telling their story to the world. They noted the creation of the first DOC-status region in 1991, literally “Denominacion de Origen Calificada,” which is supposed to represent and “guarantee” the finest wines. And Wine Advocate magazine gave five Spanish wines an unprecedented 100 points in 2007.

Spain has come a long way from Sherry.

But ratings aside, Spain is a wine region that ought to be on your map if it isn’t. And it produces all types: red, white, rose, fortified, and sparkling. In fact, some Spanish Cava wines are among the best, and best value, sparkling wines and if I’m not mistaken they’re the best-selling sparklers in the world after Champagne. For a little info on how Spanish wines are categorized according to their aging, click here. 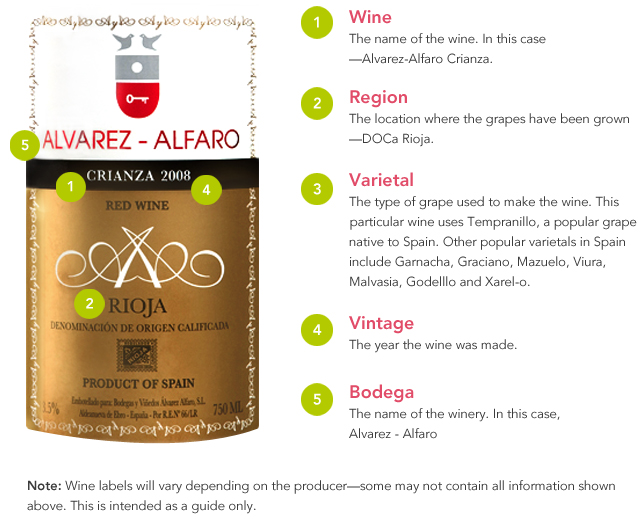 Some of Spain’s best wines come from the north-central Rioja region, and while it produces red, white and rose wines, the best in my view are complex, perfumed reds based on Tempranillo. Catalonia, in the far northeast corner, produces the most varied wine types from red Tempranillo and white Macabeo and Perallada among others. The increasingly well-known Priorato region gives us dense, full-bodied and tannic wine. From the northwest including Gailicia comes the delicious, zesty white Rias Baixas from Albarino, and the bold and brassy red Ribeiro Del Duero from Tempranillo.  But my two favorite Spanish wines are Godello made from the Godello grape, and Bierzo made from the Mencia grape.

Anyway, here are the wines we tasted:   *=Favorite

*Rafael Palacios As Sortes 2012: Made from Godello, with a marvelous nose. This is the best Spanish white grape in my view.

Bodegas Alejandro Fernandez Tinto Pesquera 1984: This was poured from magnum-sized bottles, and made from Tempranillo, the classic Spanish Red Grape.

Clos I Terrases Clos Erasmus 2005: 85% Garnacha and 15% Syrah. Only a few hundred cases made and a crazy price to match.

The post Eye On Iberia! appeared first on Wine Flair.

This post first appeared on Blog - Wine Flair, please read the originial post: here
People also like
Discover the Magic of Venice in November
20+ Fun Fourth Of July Crafts For Kids
10 Simple Tricks for an Easy Garden Makeover – Gardening Week 2021
Warm khachapuri flatbreads take me back to Georgia – here’s the recipe
Shay Griffintown, Montréal
Per Annum Pocket Diaries
When You and Your Best Friend Had an “Accident”
How Easy is it to Make the Switch from Windows to Linux?
Tera Bhi Katega | New Rap Song | Paul X Mcee Parth | Vazeer Art | 2020