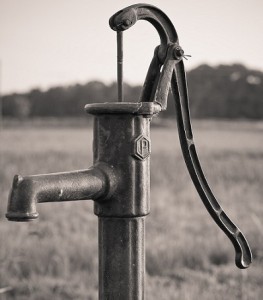 Homeowners in Suffolk are being encouraged to keep their eyes open for privately-owned Pumping Stations and report them to Anglian Water, as the company will become legally responsible for scores of private pumping stations across the county from October. This will relieve the owners of these pumping stations of the necessity of paying hundreds of pounds in maintenance, electricity costs, and repairs.

The reason behind the regional awareness campaign, according to Emma Staples from Anglian Water, is:

“We’re calling on residents to help us locate these privately owned pumping stations because they are often tucked away and it’s locals who know best where they are hiding.”

“Private pumping stations are massive money pits, literally pumping money out of homeowners’ wallets. If you have one, you are paying for the electricity running costs, for maintenance and any repairs – and that work is not cheap.”

“Pumping stations come in all shapes and sizes; they can be built of brick, wood, metal – but are not to be confused with the electricity and broadband junction boxes. They might be on the street, pavement, or buried in undergrowth in the back garden – we’ve even had one covered with a rockery!”

Anglian Water took ownership of all erstwhile private sewer pipes that outside the boundary of people’s properties as well as those that were under shared ownership in 2011, and the taking over of the privately owned pumping stations is the next step. Most pumping stations are currently owned and operated by various water companies, but there are still thousands of them in private hands.

The company’s regional awareness campaign is meant to encourage individuals in the area to report these privately-owned pumping stations to it so that they can investigate them, check whether they are eligible to be adopted, and bring them up to standard. To facilitate easy reportage, the company set up a special website.

SIX THINGS YOU NEED TO KNOW WHILE SELECTING YOUR SHIPPING MODE

How to Start a Christian T-shirt Business: The Complete Guide