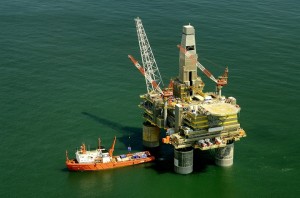 Rathlin Energy UK Ltd.’s proposals for exploratory Drilling at a site in East Yorkshire, together with comments submitted during a public consultation, were rigorously assessed and the Environment Agency has decided to grant the company environmental permits.

The principal business of Rathlin Energy is in the exploration for, and development of, oil and gas reserves in Great Britain and Northern Ireland. The company proposes drilling a well for conventional gas exploration, burning whatever gas is produced during the drilling or testing of the well in a flare, and discharging clean surface water from the site.

Rathlin Energy has not applied to carry out fracking and the permits do not allow fracking to take place.

The bespoke Mining Waste Permit allows for the incineration of natural gas and the discharge of clean surface run-off water. There are various conditions attached to the permits that Rathlin must adhere to in order to protect surface water, groundwater, and air quality as well as to ensure the safe storage, management and disposal of waste materials.

The environmental permits form part of the necessary permissions required to enable the company to undertake various activities associated with drilling and well testing operations, and they include a bespoke Mining Waste permit not including a waste facility, as well as standard rules RSR and Oil Storage permits.

The environmental permits are not the end of it though, as there are also various other regulatory authorities whose requirements must also be satisfied prior to the commencement of the project. These include notification of the Health and Safety Executive, consent from the Oil and Gas Authority, and the discharge of planning conditions set by East Riding of Yorkshire within the June 2015 planning permission for the West Newton B site.

The exploratory drilling is expected to start later in 2016, and the company has said that they would do everything in their power to keep the effects of all operations upon local communities to a minimum.

While no fracking as such is to be done during this period, I know that I for one will not be drinking any tap water during the time that this drilling is taking place, as have experienced first-hand the negative effects of fracking on local water supplies.

If you feel the same way, then perhaps now is the perfect time to invest in a water cooler to ensure that you will always have fresh, chilled, 100% toxin-free drinking water in your home and office. I have a Living-Water mains water cooler, and have never been happier as it provides me with cold, ambient and hot water 24/7/365.

This post first appeared on Living-Water, please read the originial post: here
People also like
How to Choose a Dumpster Rental Company
The Ultimate Guide To Obtain a Europe Residence Permit
A Furry’s Guide to Cryptocurrency
Holcim Philippines shares contributions to environment stewardship in govt, private sector talks
How to Get Rid of Mice – 5 Methods
51 Best Start-up Ideas to Try