Waterborne Diseases; The Greatest Killers of All 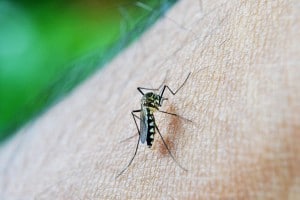 In Ancient Rome and Greece, Waterborne Diseases were among the main causes of death and the danger of lead being used in the water piping was already being speculated on by various individuals.

Malaria and schistosomiasis were significant Waterborne killers during those times and thanks to maritime trade they spread easily across the Mediterranean. Thousands of years ago bright minds were trying to stop the deaths and improve the taste and smell of the drinking water, with Hippocrates advising citizens to boil their water as far back as 350BC. While this was a good idea, it only concentrated on the things one could taste, touch, smell, or see with the naked eye.

In the 19th century, causes of waterborne diseases such as dysentery, typhus, hepatitis A and cholera were discovered and their fatal epidemics attributed to poor water quality and unhygienic sanitation. This led to emphatic improvements in water infrastructure. When it became clear that turbidity was not the only problem, slow sand filtration was put in place, notably the Richard Gillespie 1808 Glasgow filter system using a layer of sand and gravel.

Filtration brought about good things, such as a 5-year decline of 79% in the death rate from typhoid fever in Massachusetts and an overall 10% reduction of death rate. This was further improved by the introduction of chlorination in Wheeling, West Virginia in 1918, which resulted in the incidence of typhoid fever dropping from 155-200 per 100 000 inhabitants during 1917-1918 to a mere 18 cases being recorded in 1919.

Later came disinfectants, the first use of which was ozone, applied on industrial scale in Oudshoorn, Netherlands in 1896 and later in Nice, France in 1906. The first entire municipal supply to be treated with chlorine was Maidstone, Kent.

While water and wastewater treatment technologies have been successfully perfected in developed countries since the early 20th century, 80% of diseases in developing countries are still caused by lack of basic sanitation and safe water. A staggering 1.5 million children die every year from waterborne diseases, and what is worse is that around 6.3% of all deaths could be prevented merely by improving sanitation and access to drinking water.

The post Waterborne Diseases; The Greatest Killers of All appeared first on Living-Water.

Waterborne Diseases; The Greatest Killers of All