Five Desalination Plants Proposed for the Governorate of South Sinai 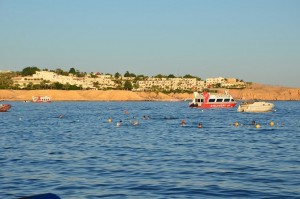 A recent Loan Agreement between the Government of the Arab Republic of Egypt and the Kuwait Fund for Arab Economic Development (KFAED) will assist in the financing of the Construction of Five Desalination Plants Project in the Governorate of South Sinai in Egypt.

The development of these plants is part of a broader Egyptian plan to develop the sparsely populated Sinai Peninsula, which is a desert region situated between the Red Sea and Mediterranean Sea, and is expected to get underway in 2017.

The Project is geared towards meeting the demand for potable water in various towns in the Governorate of South Sinai as well as in various current Residential Settlements and other settlements still to be established near these towns, within the framework of the Program of the Government of Egypt for the Development of the Sinai Peninsula.

The Sinai project will include four 10,000 cubic meters per day plants in Ras Sidr, Abu Zenima, Dahab and Nuwaiba, and a 20,000 cubic meters per day project in El-Tor. The Project includes the necessary works for supplying the Desalination Plants with electricity, water and distribution networks, and pipelines with diameters ranging between 500 and 800 millimetres and a total length of about 42 Km for transmission of the desalinated water to storage tanks in the four designated towns.

The $98.6 million loan from the KFAED is the 42nd made by the Kuwait Fund to the Egyptian government, and the Project is expected to be completed by the end of 2019.

The post Five Desalination Plants Proposed for the Governorate of South Sinai appeared first on Living-Water.

Five Desalination Plants Proposed for the Governorate of South Sinai