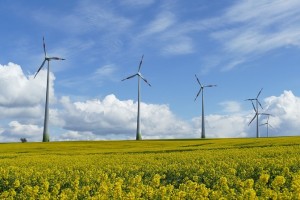 Jamaica, the idyllic tropical Caribbean Island that used to be known by Jamaica’s indigenous people, the Taino, as Xaymaca – ‘the land of wood and water’ and once boasted one of the western hemisphere’s first ever piped water supply, is currently facing drought conditions due to a lack of private investment and poor planning.

Despite the fact that there are rivers in well-nigh each of its fourteen administrative parishes – water shortages remain a regular feature of Jamaican life. This, for a country that is heavily dependent on agriculture, is a disaster in the making.

The National Water Commission (NWC) supplies in excess of two million people with daily water services, around half of which they also supply with wastewater services. The NWC produces more than 90% of Jamaica’s total potable water supply via a network of more than 116 river sources, 160 underground wells, and 147 springs, totalling to over 720,000 m3 of potable water daily.

Unfortunately, access to adequate sanitation stands at only 80%, which means that the urban poor living in the island’s 600 plus squatter settlements, estimated to be around 2.7 million people, are living in extremely unhealthy and unsanitary conditions where water-related disease is rife.

The Accel-o-Fac system is powered by wind energy which circumvents the need for electricity which is intermittent and expensive on the island. It is premised that the modular wastewater system, which uses a biological aerated treatment process, can be used to upgrade existing lagoon-based systems, thereby providing increased DO levels and elimination of short circuiting, accelerated processing rates, uniform loading of the cells, complete odour control, accelerated sludge digestion, and accelerated disinfection.

The system will allow greater loads to be applied to existing lagoons, which means that not only will performance be improved but their life will also be extended. Hopefully this project will also benefit those islanders who currently do not have access to potable water.