How Safe is Our Tap Water? 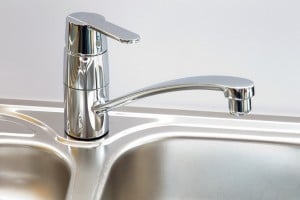 There are many individuals who refuse point-blank to drink tap water because they feel that it is unsafe to drink no matter what their government says, and besides, it smells and tastes funny anyway.

There are various individuals who agree; who have raised concerns about the quality of their tap water, asserting that it contains trace elements of pharmaceuticals, Including gender-bending chemicals; pesticides, recreational drugs, and more.

How to prepare mango leaves for diabe…
Shen Men Piercing: Does it work for A…
GE Versana Premier and GE Logiq P9 – …
What to wear: outfit ideas for Christ…
Karen Wiesner: I Have Dreamed a Littl…

As much as the UK government and other governments may try to convince their citizens that their Drinking water is of high quality, various studies have shown that those fears may not be that far off. Some of the substances that are present in tap water have been put there on purpose in order to cleanse the water or to prevent dental decay, but that does not mean that they are healthy when ingested in large amounts or over a period of time.

So, it seems that your tap water may not be all that healthy at all. The best way to ensure that the water that you are drinking is pure and toxin-free is to invest in a water cooler with a good carbon filter that can eliminate all toxins, including all those mentioned above and provide you with pure, chilled drinking water virtually 24/7.

The post How Safe is Our Tap Water? appeared first on Living-Water.

This post first appeared on Living-Water, please read the originial post: here
People also like
How to prepare mango leaves for diabetes
Shen Men Piercing: Does it work for Anxiety and Depression?
GE Versana Premier and GE Logiq P9 – A Comparison
What to wear: outfit ideas for Christmas & summer
Karen Wiesner: I Have Dreamed a Little Dream (Authors and Dream Inspiration), Part 1

How Safe is Our Tap Water?