Tonight's wine review is a nice Spanish red wine that arrives at the LCBO this weekend as part of the January 23, 2021 LCBO VINTAGES Release.

Bodegas Atalaya is part of the Gil Family Estates group of wineries. The family's winemaking story begins with humble beginnings in 1916 in the heart of Jumilla, Spain, and has continuously remained in the family, now spanning four generations. Today, Gil Family Estates is run by brothers Miguel and Ángel Gil. They have over 1,400 hectares of vineyards among their many wineries in Spain's winegrowing regions.

Bodegas Atalaya is located in DOP Almansa, the easternmost and one of the smallest wine regions in Castilla-La Mancha, and bordered by the Mediterranean Sea further to the east. The climate is dry, hot, arid, and very lightly influenced by the sea. The very old bush vines of Garnacha Tintorera (Alicante Bouschet) and Monastrell (Mourvèdre) flourish in the limestone soils of low fertility and little rain to produce concentrated fruit that is bursting with flavour and fragrance.

This unique red wine is a blend of Garnacha Tintorera and Monastrell that were grown on bush vines in the region of Almansa in southeastern Spain on calcareous soils located between 700 to 1,000 metres above sea level. The grapes were fermented separately in stainless steel tanks, followed by a short passage through French wood, then remained in stainless steel tanks prior to bottling. 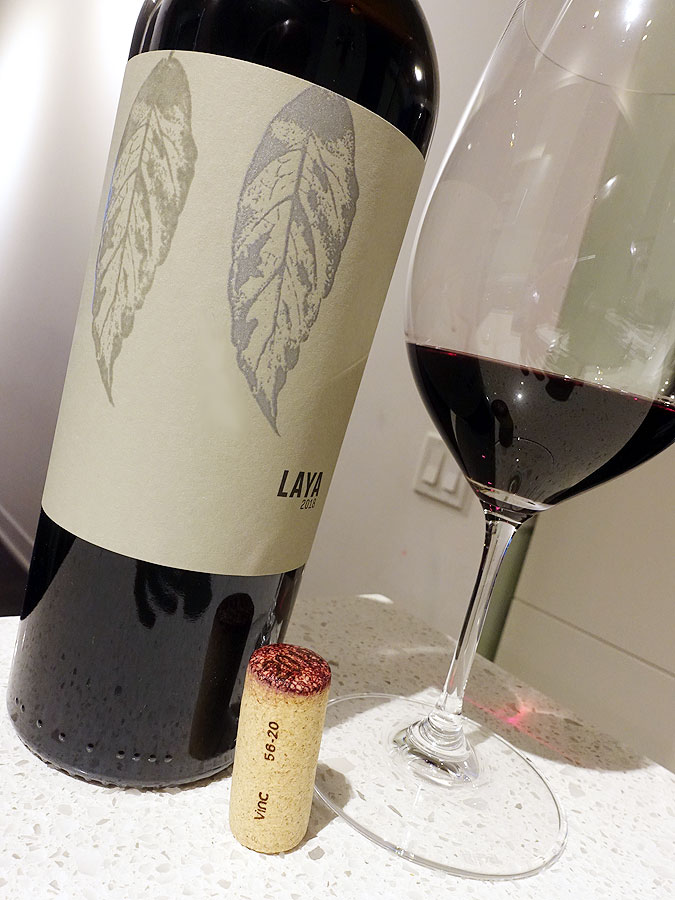 LAYA 2018 - DOP Almansa, Spain (#132605) (D) - $17.95
A blend of Garnacha Tintorera (Alicante Bouschet) and Monastrell (Mourvèdre) bush vines raised mostly in stainless steel tanks. The medium-high intensity nose is fruit forward and ripe with blueberry, bramble, black tea, and savoury aromas. It's medium+ bodied on the sweetish palate with more ripe blueberry, blackberry, and black tea flavours with some savouryness and touches of pepper spice. It has fresh, juicy acidity and polished tannins that offer a subtle, textural grip, along with some warmth on the mid-palate. Dark berry and savoury notes linger on the finish, with good length. Score: 88 pts

Other wines from Bodegas Atalaya and Gil Family Estates can be found at the LCBO or through their Agent - Profile Wine Group.