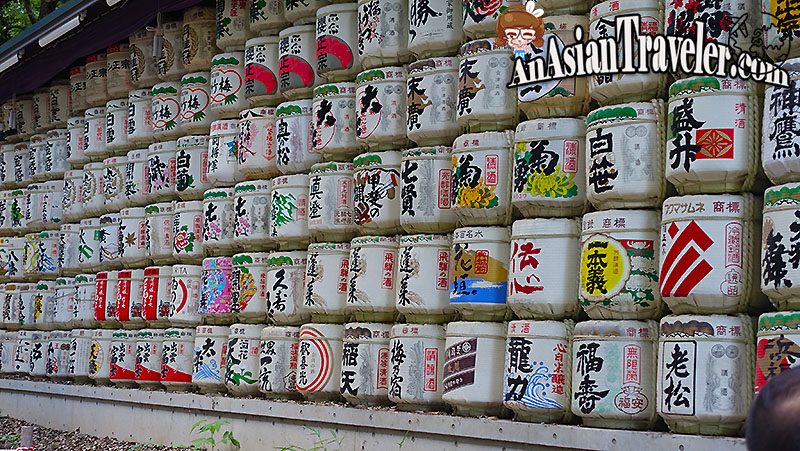 Meijie Jingu is a shrine of national prayer for peace and prosperity built n the 1920s as a result of combined efforts of all the Japanese to commemorate Emperor Meiji and his consort Empress Shoken. The Shrine building was lost by fire during the last war but reconstructed in 1958, The shrine is surrounded by an evergreen forest that covers an area of 700,000 square meters (around 173 acres) in the inner precinct, the area of Yoyogi. 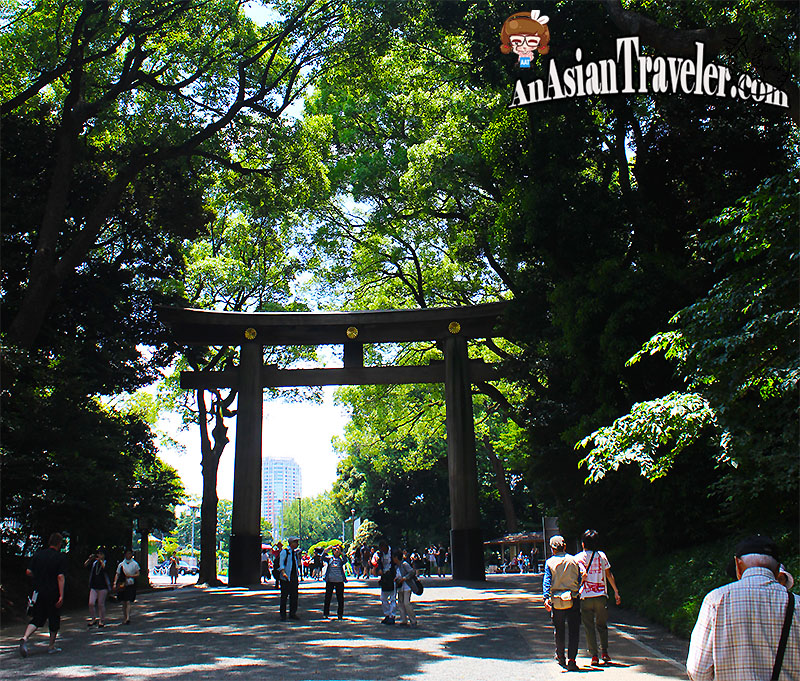 The first thing you'll notice here is the towering 40-foot high (12-meter) Torii gate at the entrance made of 1,500-year-old Cypress. It was modeled both in form and size precisely after the original built-in 1920.

While walking along to the main shrine, we noticed numerous barrels of Sake wrapped in straws on the right side of the pathway and Wine barrels on the opposite side. The sake barrels are donated every year by Meiji Jingu Nationwide Sake Brewers Association while the wine barrels come from the celebrated wineries of the Bourgogne in France. 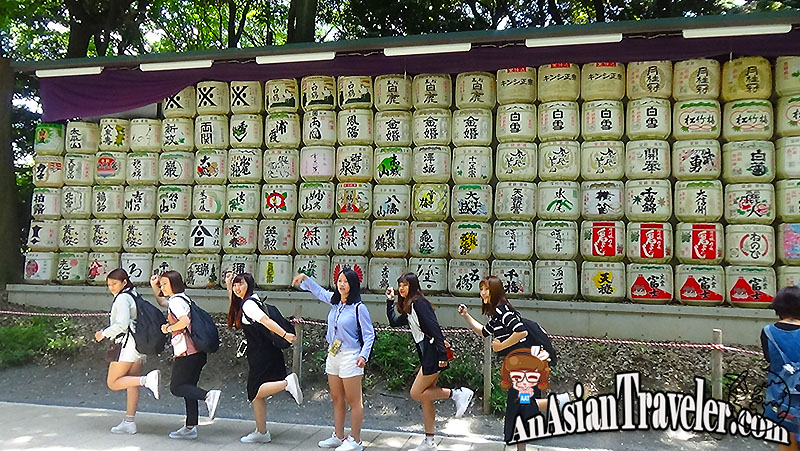 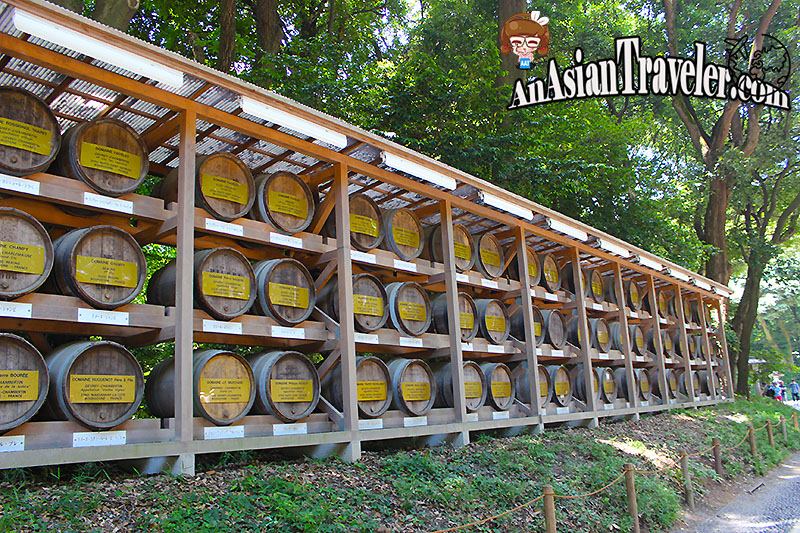 Near the entrance of the main hall is a water ablution pavilion where we eagerly joined the symbolic purification. We started dipping the wooden dipper into a small communal water-filled stone basin and rinsing our hands and mouth before approaching the main Shinto shrine. For a first time visitor, this is a unique experience that is not to be missed. 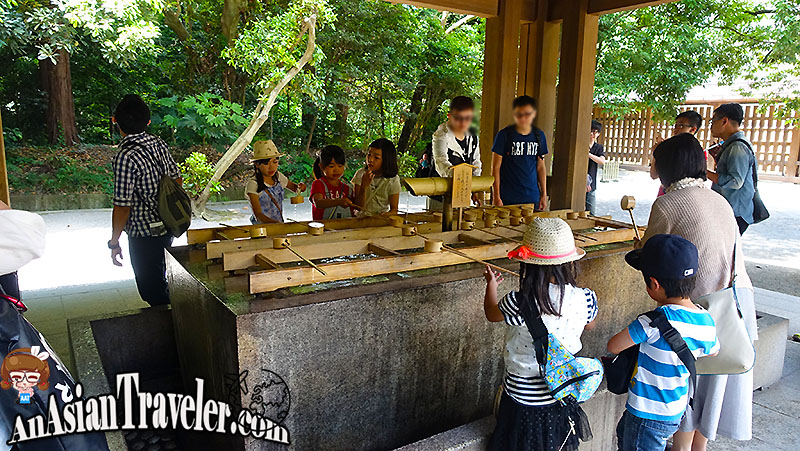 Inside the main shrine building, the two massive ancient camphor trees were a welcome sight. We spent most of our time here just walking around and observing some people who were so occupied writing personal prayers and wishes, on an Ema, a votive wooden tablet, before they hung them onto the wall hooks. However, this is not free. Visitors have to pay for 500 Yen per tablet. Ema is offered at Mikesai, the morning ceremony every day, and all the supplications are conveyed by the priests. 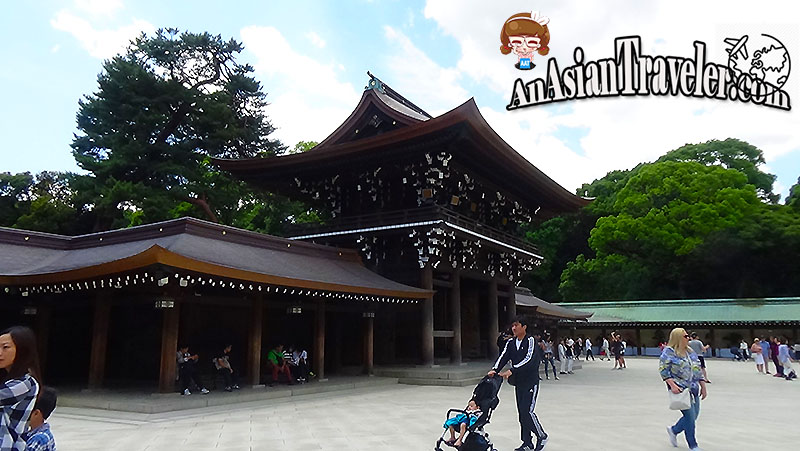 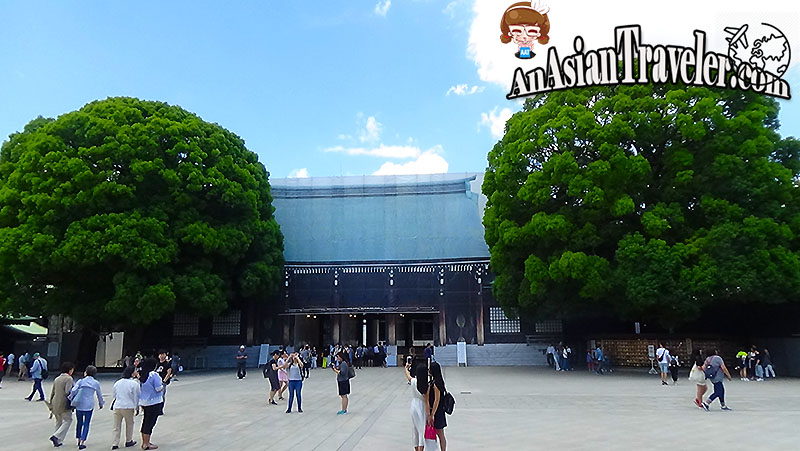 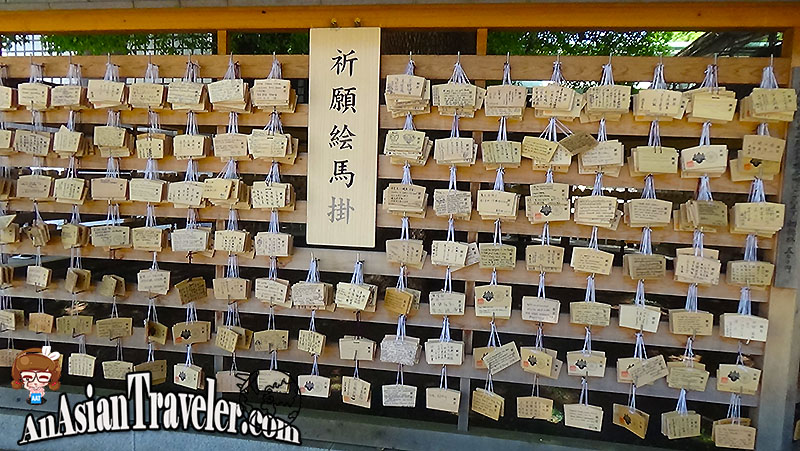 We spotted Shinto male and female staff walking around the corridor. Their unique uniform got my attention, 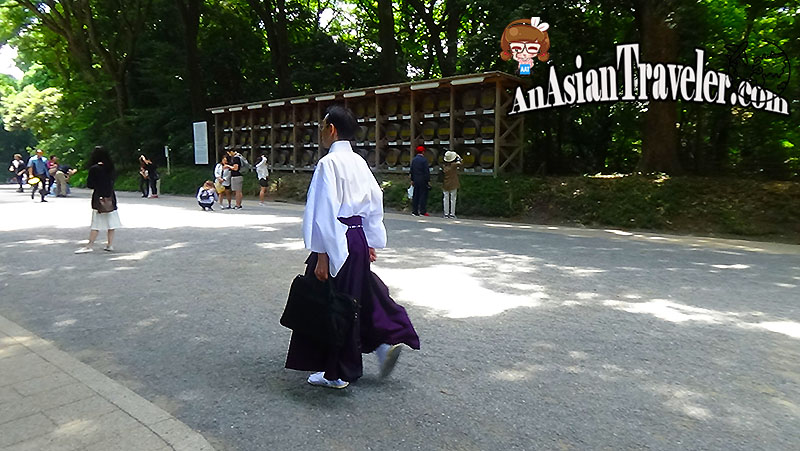 There are also a few stores selling lucky charms, talisman, and amulets for all kinds of occasions and purposes.

Meiji Jingu is a Shinto shrine. Shinto is called Japan's ancient original religion, and it is deeply rooted in the way of Japanese life. Shinto has no founder, no holy book, and not even the concept of religious conversion, but Shinto values, for example, harmony with nature and virtues such as "Magokoro" (sincere heart). 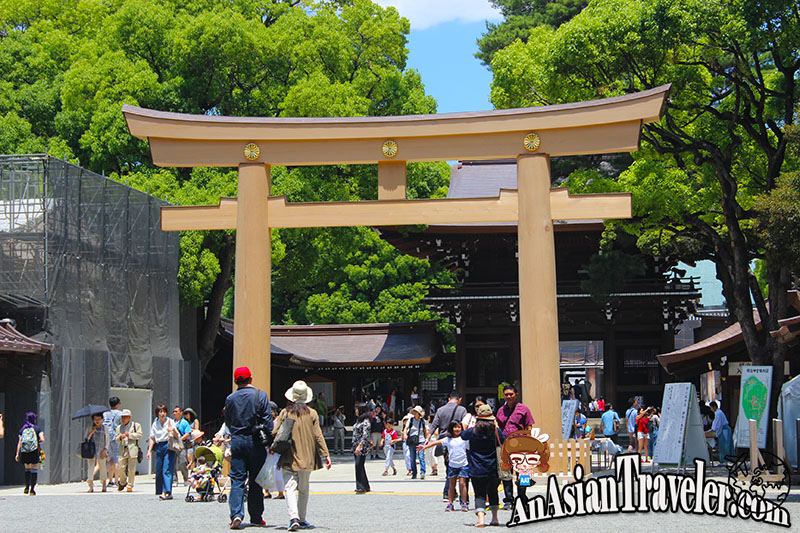 This place is not touristy, so we were able to roam around freely. With 100,000 soaring trees planted, it was pleasing and tranquil.The entire complex of the Meiji Jingu Shrine is vast so if you're planning to visit here, make sure to wear comfortable shoes.

It's free admission to temple grounds. But some places within the shrine complex are asking admission fees.

Going Around the Beautiful Island of Gozo on a Tuk-Tuk

3 Places You Need To Visit in Kiev

Best photos of the day: a Tokyo festival and an Arsenal shirt

On Top of Mathanga Hills in Hampi & Getting Lost