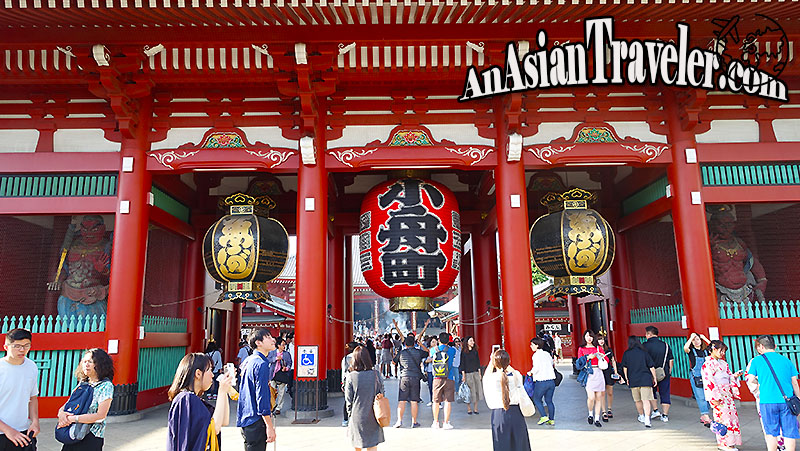 We were intrepid, and so we wandered in the streets of Asakusa, going to Sensoji Temple. It did offer a chock full of something to see - numerous small shops were selling all kinds of ceramics, pottery, glassware, etc. Also, we found the Stars Plaza (Handprints), displaying the handprints and signatures of well-known Japanese performers who contribute to the development in the field of entertainment. But nobody in sight, so we had the little area practically to ourselves.

Furthermore, we discovered a teeming thoroughfare with lots of eateries that attract a large number of Japanese locals. Unfortunately, I didn't get the name of the street. But it's just a block away from Orange St. 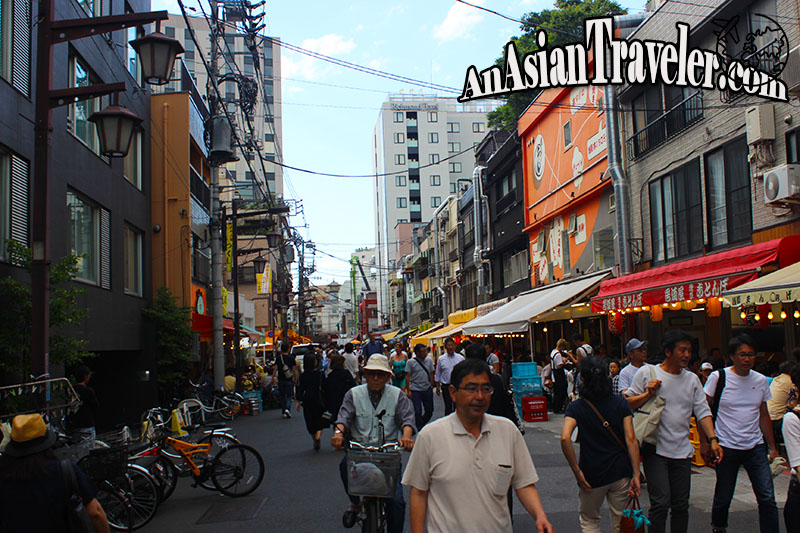 Around the area, you'll also see a few Japanese rickshaws (man-powered carts), which is one of the most popular activities for tourists here. 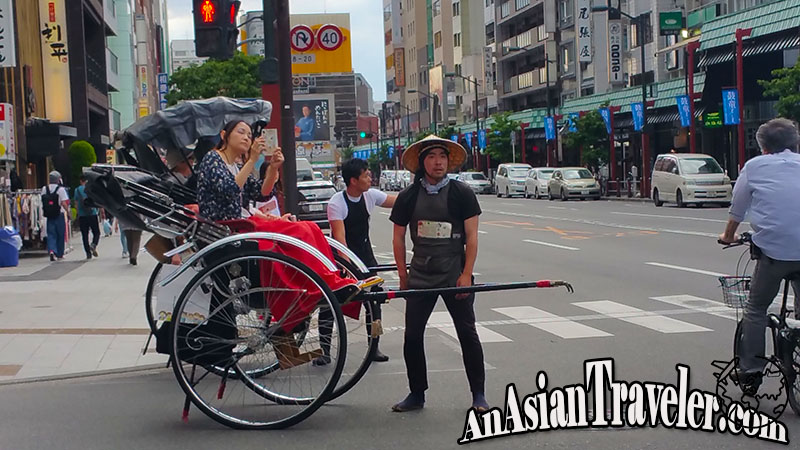 Leading to Sensoji Temple, we passed by the Asakusa traditional shopping arcade lined on both sides with small shops offering similar stuff, but you could find something unique here and there. 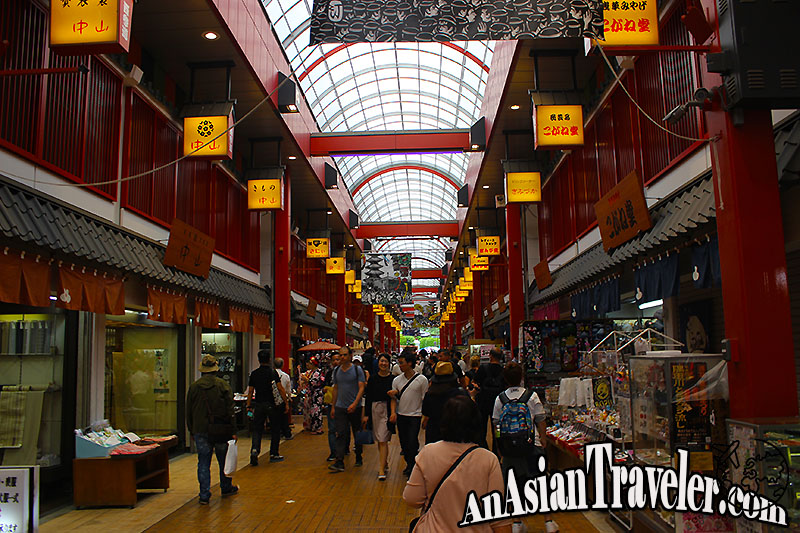 Sensoji is also known as Asakusa Kannon Temple. It is an old Buddhist temple built in the 7th century, located in Asakusa, Tokyo. You won't miss the two striking entrance gates, the outer Kaminarimon (Thunder Gate) and the inner Hozomon gate. There's also the Hondo (Main Hall) and right in front of that is the large incense burner flocked by many people. They say that rubbing the smoke over one's body has healing effects. Nearby to the temple is the Gojunoto (five-story pagoda). 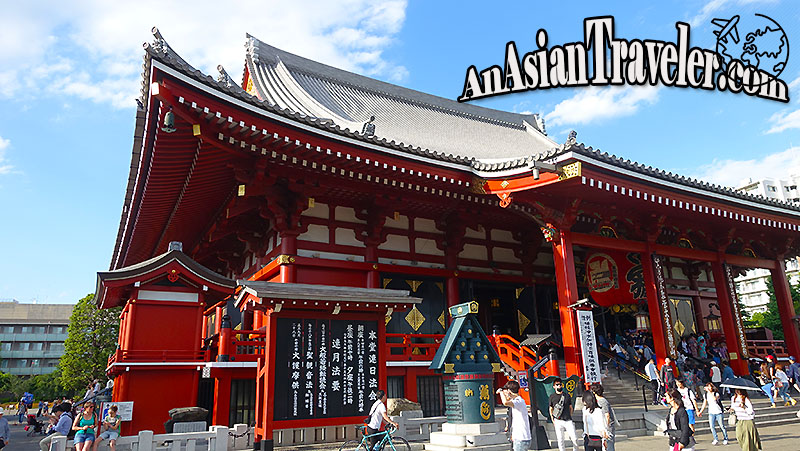 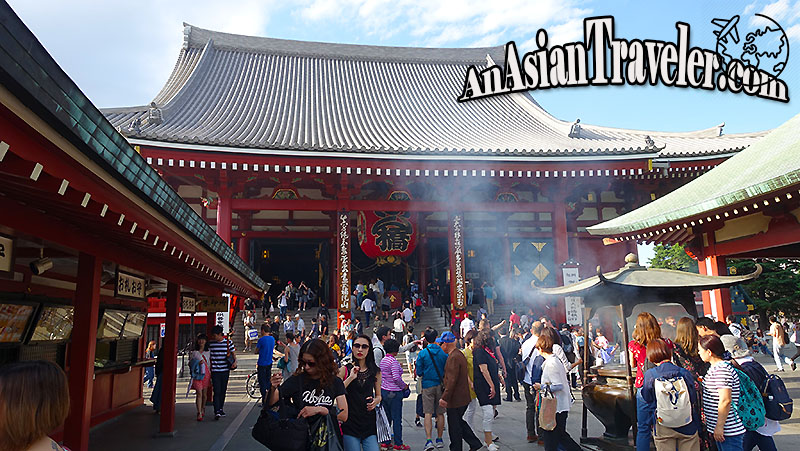 I've read Sensoji temple is widely visited in the world, with around 30 million visitors annually. No wonder it was overcrowded with locals and tourists alike. We just roamed around here and somehow managed to buy some lucky bracelets sold inside the temple, and then we met up with our Japanese friends who invited us for dinner.

Afterward, we went to the restaurant, which was just a few minutes walk away from the temple. Fortunately, we stumbled across some young Sumo wrestlers and grabbed the opportunity to ask for some photos, and they gladly obliged. 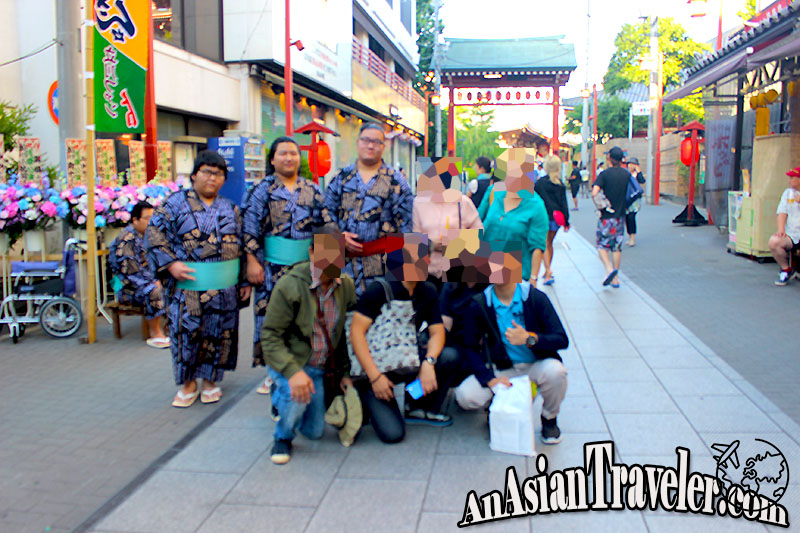 At first glance, it might not be the sort of place you'd expect that it's a restaurant. It has a different vibe. The name of the restaurant is called Stamina Taro Next. Anyway, this place is a grilled food haven. Everything was simply delicious and cheap to be true. When we were there, I saw only Japanese locals in their respective tables, busily chewing their grilled fare, not minding the little smoky atmosphere. Dear me, I may have gained a couple of pounds on our visit here.😀

Adjacent to the restaurant is the Asakusa Don Quijote store. There are a bewildering number of items out there for the cheapskate me to explore. The only problem was that it had become much more burdensome to narrow down which products I would buy for souvenirs and gifts for family or for satisfying my daily chocolate craving.