6 Things I Had to Unlearn in Dubai, UAE 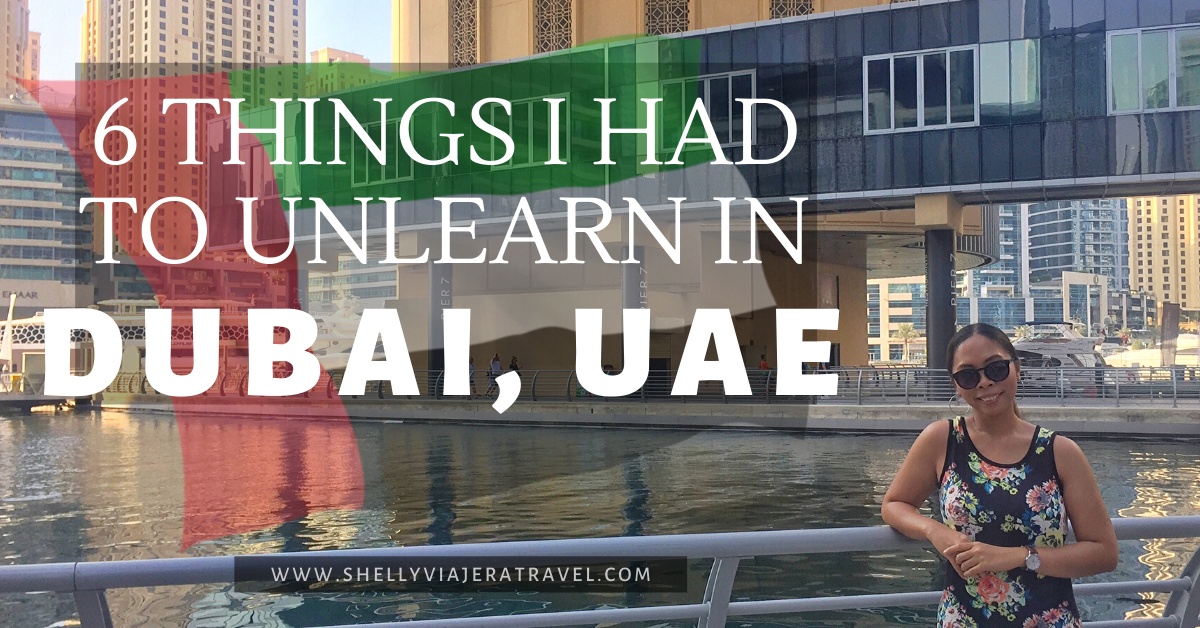 When I arrived in Dubai as a first-time immigrant, I knew I had to adjust on several things. At that time, I didn’t particularly know what those things were, so I learned things day by day. 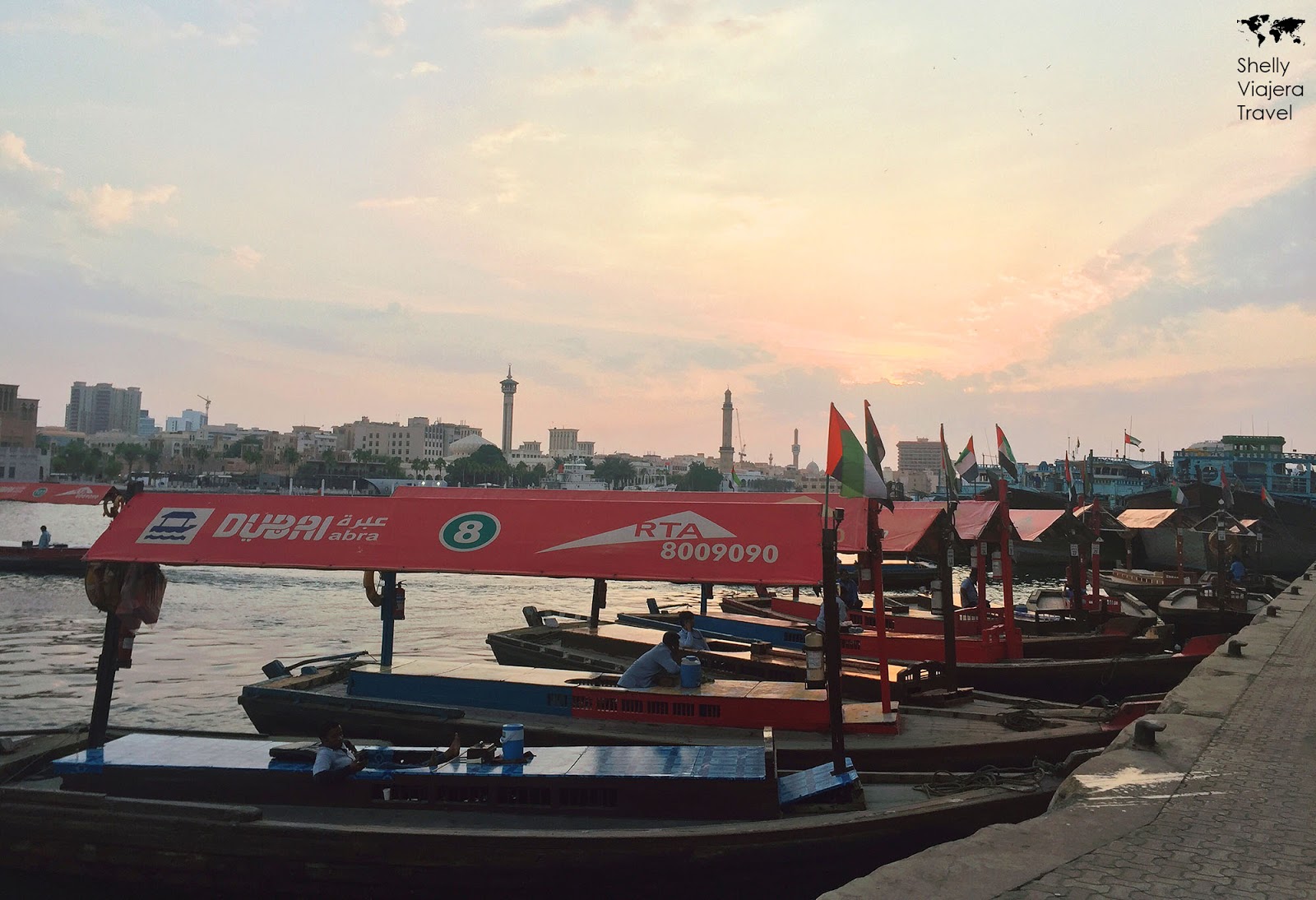 But generally speaking, the movement to an Islamic nation meant that the adjustments were by cause of the religious customs. As someone from a Catholic country, there are things I had to get used to. This is in spite of the huge, and I mean BIG, Filipino community throughout the UAE especially in Dubai. Telling it by figures, there’s around 670,000 Filipinos in the UAE, 21% of which are in Dubai!

السياحة في الامارات العربية المتحدة
CBD Capsules Or CBD Oil Tinctures: Wh…
Pork Chops with Leeks in a Mustard Sa…
MEAT AND FAT
Why B.B.’s is the King of BBQ in Kans…

Saturdays and Sundays aren’t the weekend

During my first few days in Dubai, I tried to meet up with as many people as possible to get away from homesickness. Since most of them are employed, I’d usually set a weekend get-together to make sure I don’t get in the way of their work schedule. I once sent a Whatsapp message (it’s the most popular chat app there) to a friend trying to schedule a Sunday meetup, but to my surprise, she said she has to work on that day. 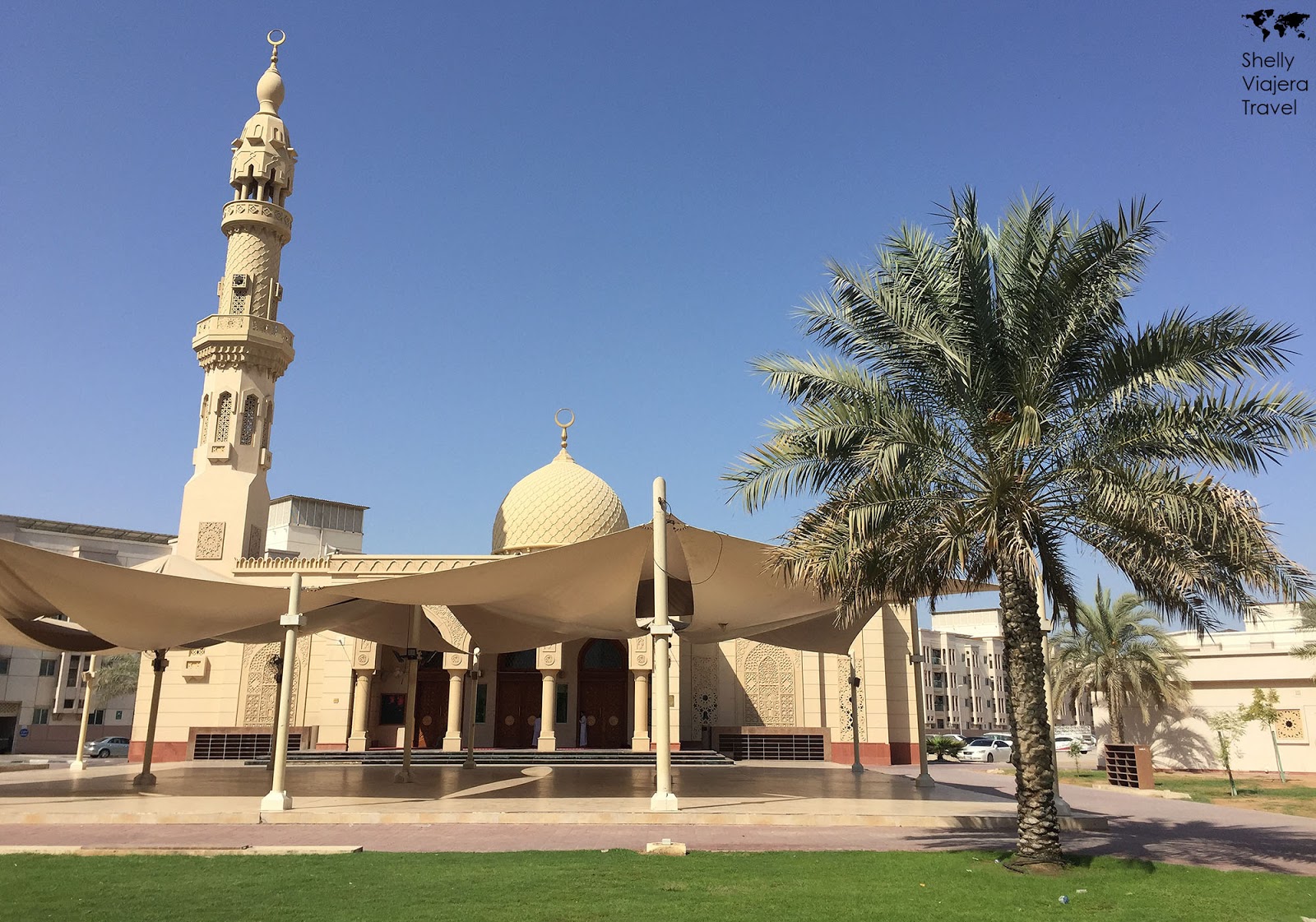 What I had to learn and get used to is that Fridays and Saturdays are the standard weekend in Dubai and throughout the UAE. Depending on the company, some people have 2 days off while others only have one, which is usually on Fridays. Islamic nations like UAE treat Friday as a sacred day of worship as stated in their Qur’an (Islamic Bible). On Fridays, Muslims stay longer in the mosque thus it's a non-working day. Also, based on my observation, Fridays are like Sundays in the Philippines where most people are indoors while the streets are empty and quiet compared to the rest of the days.

In the absence of calls, man, LDR is for real!

Being away from your home country is one thing, but not being able to talk with people via video or voice call is another thing. Honestly, it’s the biggest adjustment I had to make while in Dubai. Nowadays that we're in a fast-paced era where communication is an easy reach, the absence of a live call is sort of a retrogression. Funny as it sounds, but it felt like I got left behind, isolated, and on a long distance relationship (LDR) with the world when I found out it’s not easy to make an overseas call in the UAE!

Chat apps with video and voice call capability such as Messenger, Whatsapp, Viber, Skype, and others with Voice over Internet Protocol (VoIP) service aren’t allowed in the UAE. Per UAE officials, VoIP service raises concern over the national security and so it’s being banned for many years now. 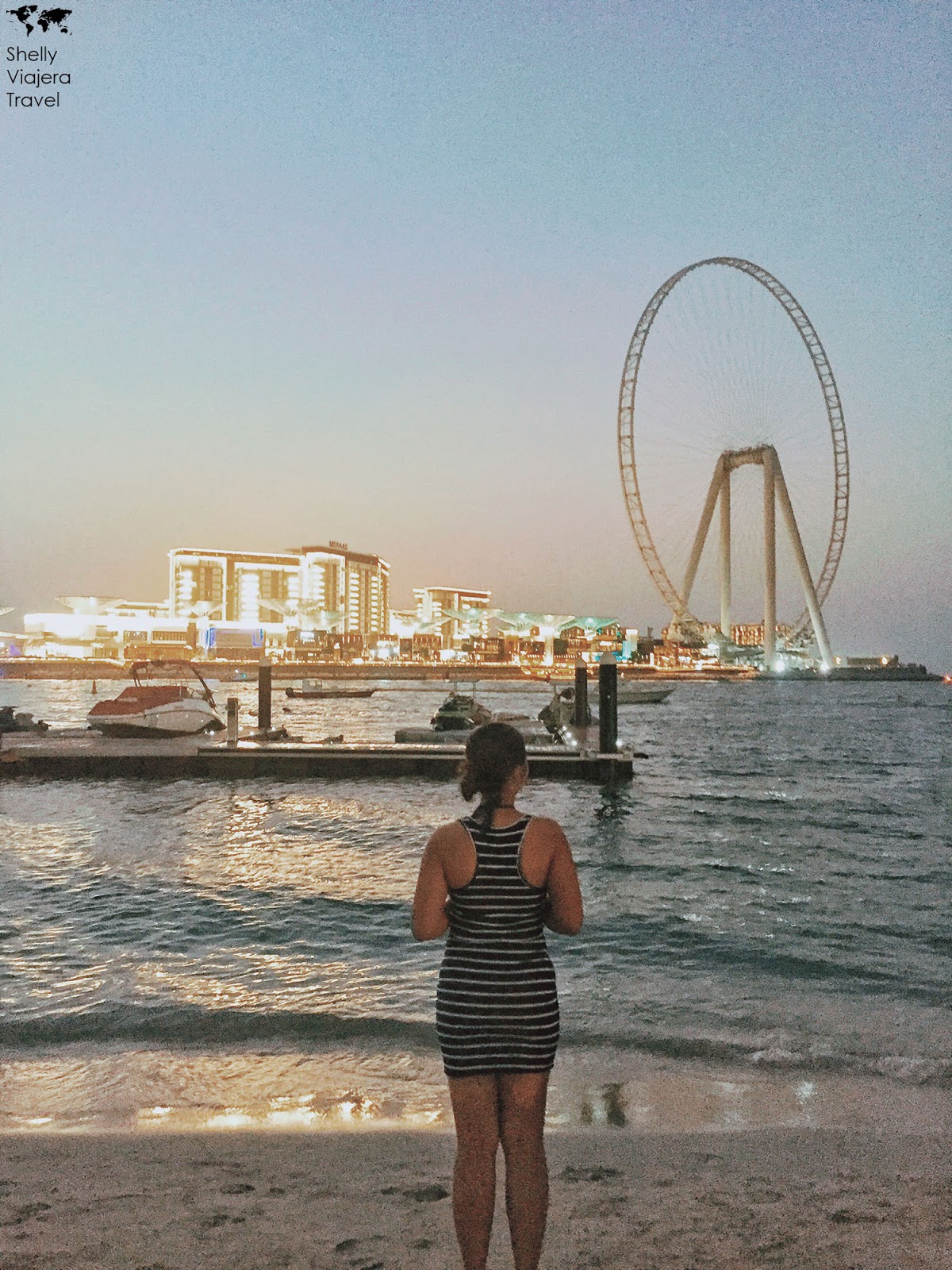 For a call to push through, I had to put Virtual Private Network (VPN) in my device, which sometimes worked and most of the time didn’t since I only installed the free ones. With that, I had to find other ways when talking with people outside of the UAE. It’s either we talked via recorded audio messages or just settled with the old-school text messages. Also, I remember in one of my job interviews, I was requested to go to a nearby hotel or coffee shop to connect to their internet network that’s VoIP-capable. Since the interviewer is from the UK, video chat doesn’t work with a home internet, which was true and I ended up skipping the interview because I find it a hassle.

Getting drunk isn’t that easy

When you go to a grocery like Almaya or supermarket chains like Carrefour in Dubai, you won’t see an alcoholic beverage aisle. Not that Alcohol is really banned in the UAE, but rather, the Sharia law which UAE follows prohibits alcohol. Muslims aren’t allowed to drink alcohol in public. Also, anyone who gets caught with drunk driving, whether a Muslim or not, is punishable by the Sharia law.

In Dubai though, it seems much more relaxed with alcohol. I noticed there are several hotel bars in the city where you can have alcohol, but you can only drink it there as a hotel guest. A friend also told the same goes in Abu Dhabi since these 2 cities are tourist-laden and the law exemption is meant for foreigners. However, there are other UAE states where purchasing and carrying alcohol publicly is completely prohibited, such as in Sharjah. 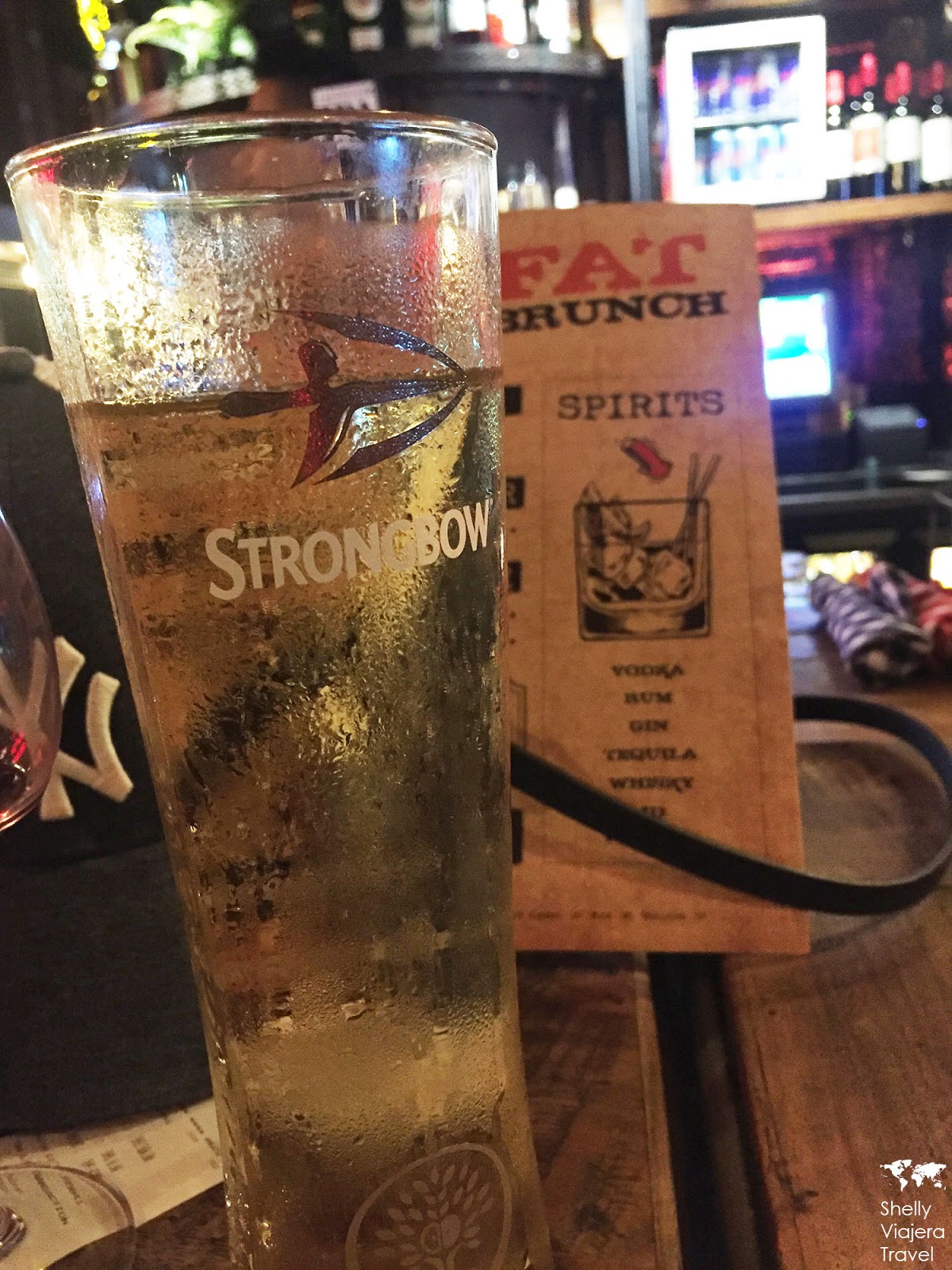 To buy, carry, and consume alcohol in a legal way, you have to possess a certain liquor license, issued by the Ministry of Interior of UAE per state. It means if you get issued with license in Abu Dhabi, it only applies there and you can't buy liquor in Dubai. Also, to have the license, you must meet certain requirements, including being a non-Muslim, possessing a UAE residency permit, and paying a 270-AED license fee every year.

The Philippines is a huge Pork-eating nation with an array of pork dishes such from lechon, sisig, adobo, menudo, afritada, to even chicharon, so when I first arrived in a country where eating pork isn’t allowed for Muslims, I had to adjust with food choices. Though I’m not a heavy pork eater at all, but whenever I craved for it, I knew where to go. 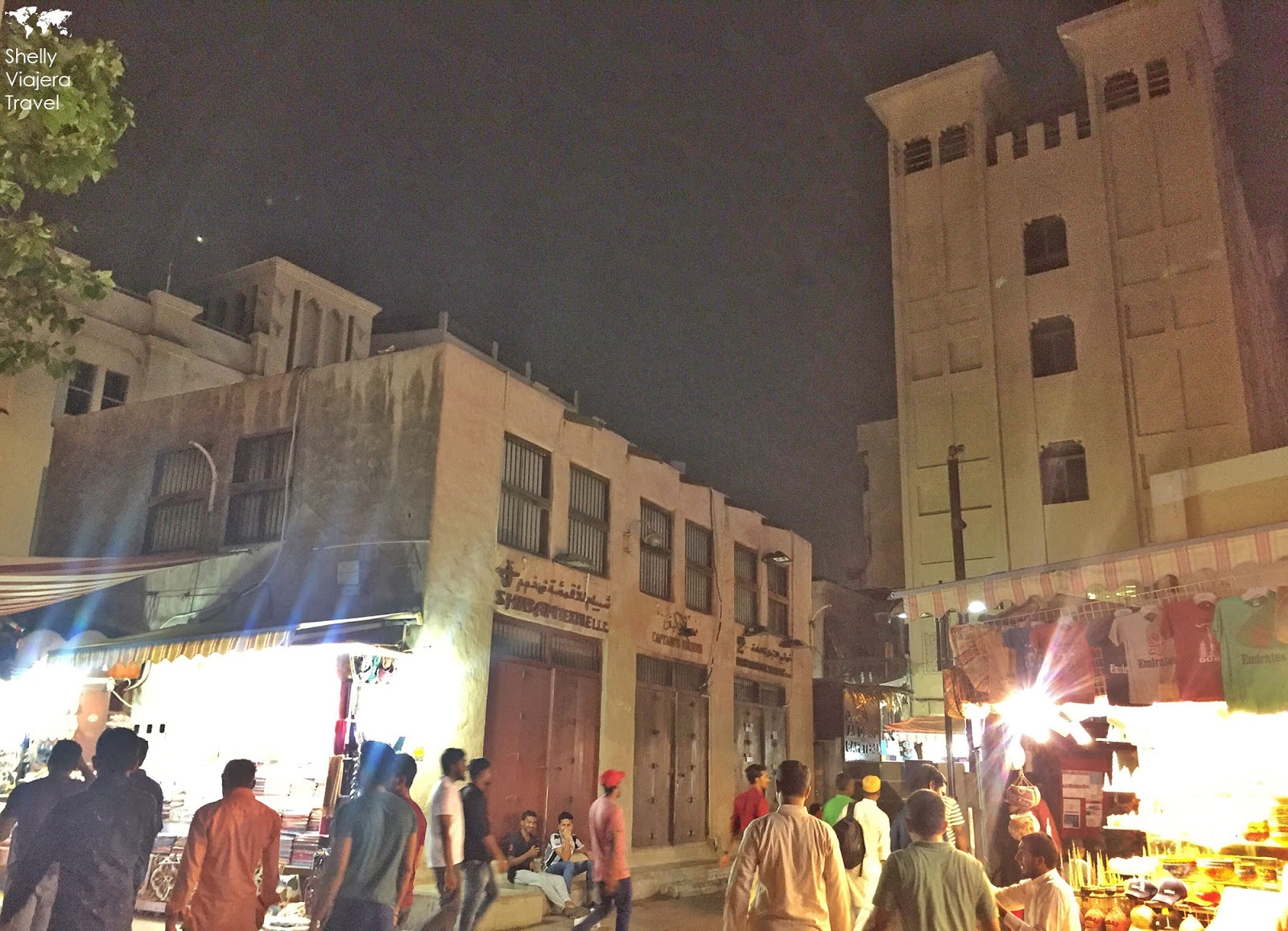 There’s pork for sale in UAE, but not in all areas. If you want to buy pork, you access it through a separate pork section of the grocery of either Filipino or Chinese-owned stores. Usually, there’s a huge signage that says “Pork Shop: For non-Muslims” upon entrance to the pork section. True as to what it says, the vendors only sell pork to non-Muslims because in case they get caught, both them and the offender get punished by the law.

I'm so used to the monsoon season in the Philippines. There’s even a joke that there are only 2 seasons in the country: the wet and very wet season. So when I arrived in Dubai, I had to unlearn the habit of carrying an umbrella or raincoat in the bag. The chance of rain is very low in the UAE as it’s geographically located in a desert. It would probably just happen during winter time, which runs from December to March. Funnily, when I first experienced rainfall in Dubai, I thought the thunderstorm was a flash of a camera since I haven’t experienced rain in a while, haha.
Most of the time, it's all warm and humid in the UAE. It could get as insane as 40°C during summer time, which runs from early May to late September. I arrived in late September, and got welcomed by a very humid temperature. In fact, my body was so shocked with the temperature I got sick with flu and severe cough for a week.

Revealing clothes could get attention, especially from men

Though not all the time, I had to watch out and be mindful of what I wear as part of respecting the culture in Dubai. Most Muslim women there usually wear an abaya to cover the shoulders, head, and knees as part of following the teachings of Qur'an.

In the state of Sharjah, I have to mention it’s more stricter (they exercise Saudi law there) that includes prohibiting publicly wearing of short dress, sleeveless, and short. Luckily in Dubai, it seems more relaxed with regard to clothing. Especially during summer, I was able to wear thinner clothes to stand the heat, but honestly, I got long stares from men while wearing them. The treatment I had is somewhat comparable when I traveled around India.
At Dubai beaches such as Kite Beach and Dubai Marina, foreign women are the only ones in bikini, while the rest are in rash guards. It’s allowed to wear a bikini at the beach though, but as mentioned, expect to get an eye from some men who find what you wear a bit of a taboo.

Are you or were you an immigrant in the UAE? What are the adjustments you had to make?

6 Things I Had to Unlearn in Dubai, UAE