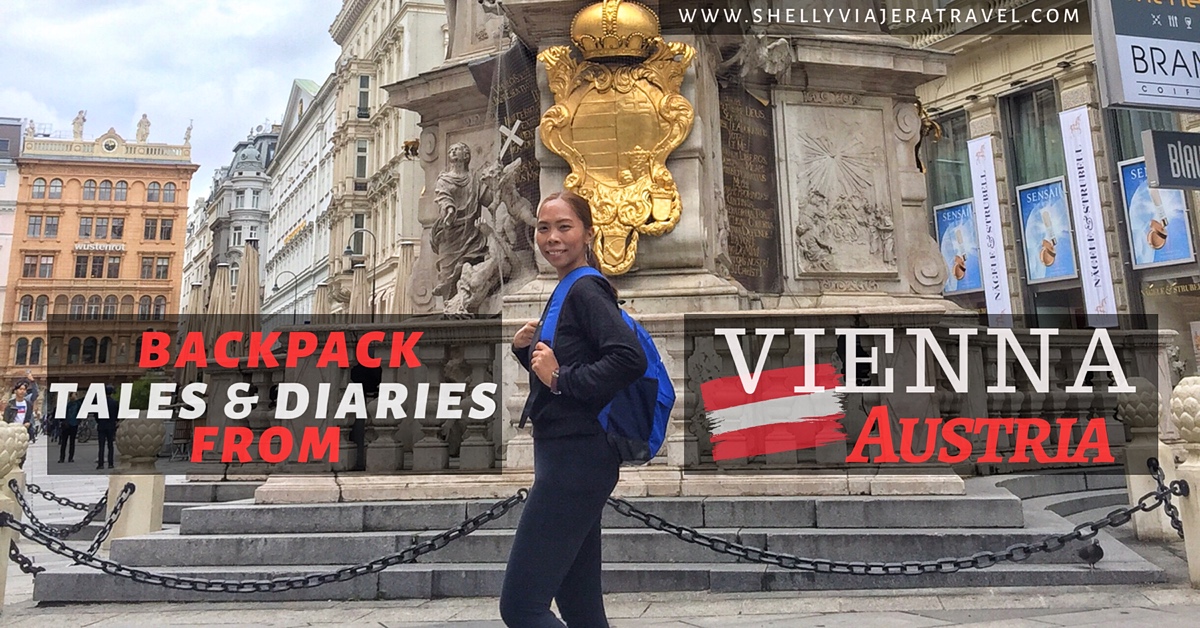 I find Vienna very elegant-looking. To me, it highly resembles a city like Paris, which brings so much class to one's travels. Vienna is the capital of Austria, which represents the country well as one of the most-visited cities in Eastern / Central Europe. For one, it's home to many museums and theaters, thus walking around the city makes you see a lot of artistry and creativity. 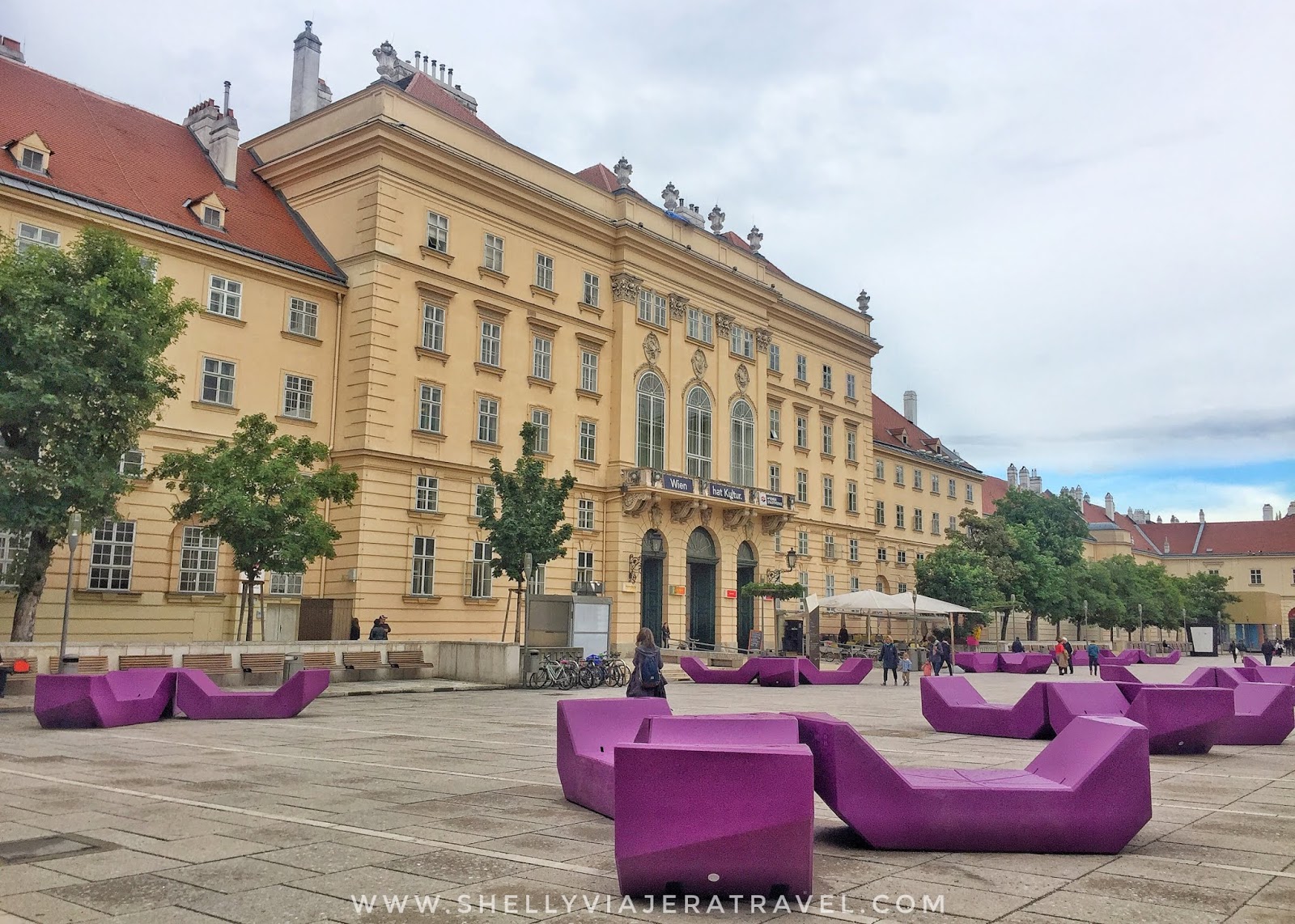 So after a quick but relaxed travel around Slovakia, I moved to Austria as my next destination. Personally, I was looking forward to explore Austria knowing that it's a German-speaking nation. Though very challenging, I've always wanted to improve my knowledge of German language by traveling to countries where it's the native tongue.

Also read: Why Learning a Language is the Ticket to Your Next Flight 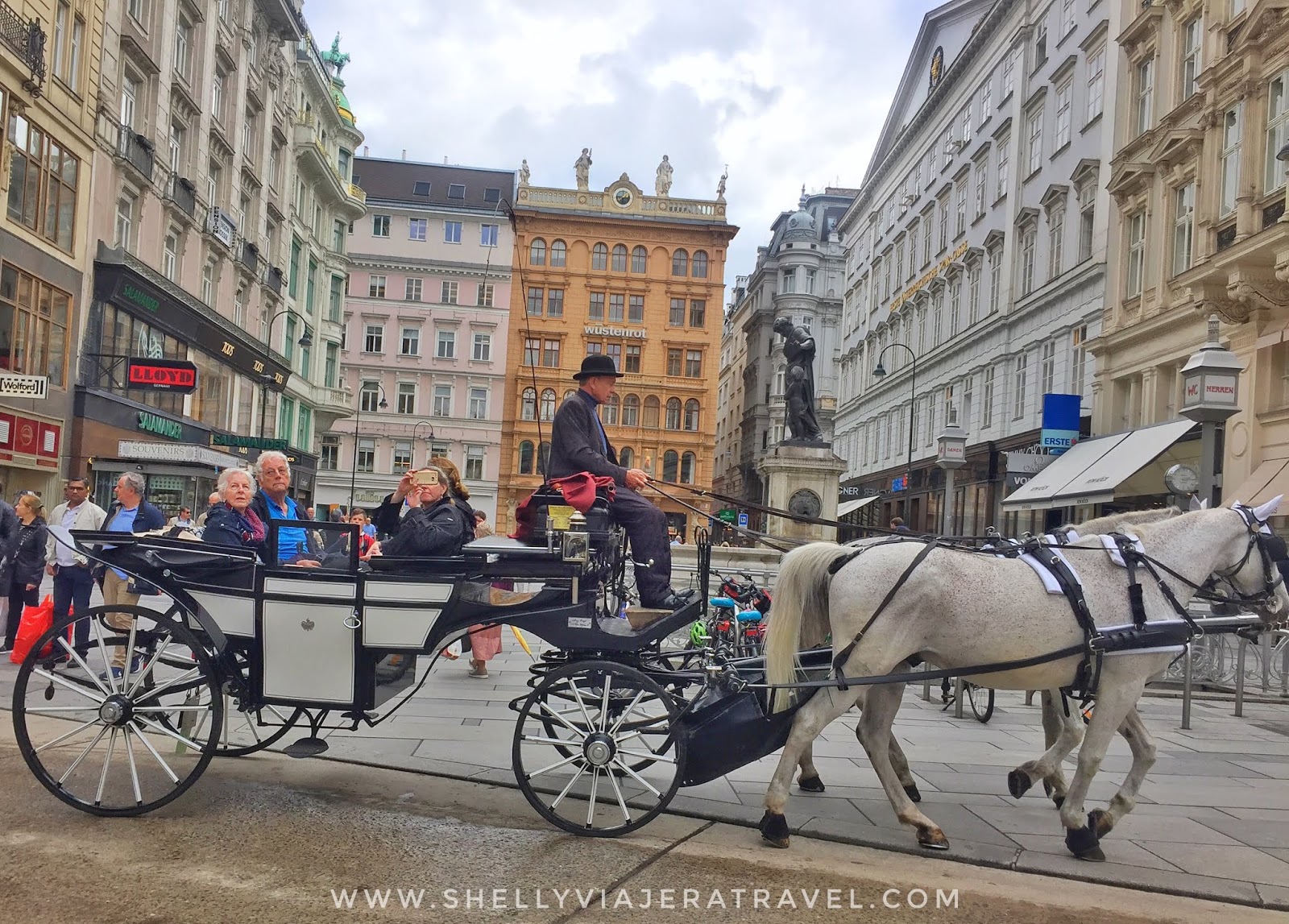 Coming from Bratislava, I took an 1.5-hour bus trip to Vienna. Actually, it was the same bus company, Flixbus, as when I first traveled from Hungary to Slovakia. How I admire the bus facilities and smooth-sailing trips around the region. It's something that makes the travel very easy and convenient especially to first timers, leaving a good impression. 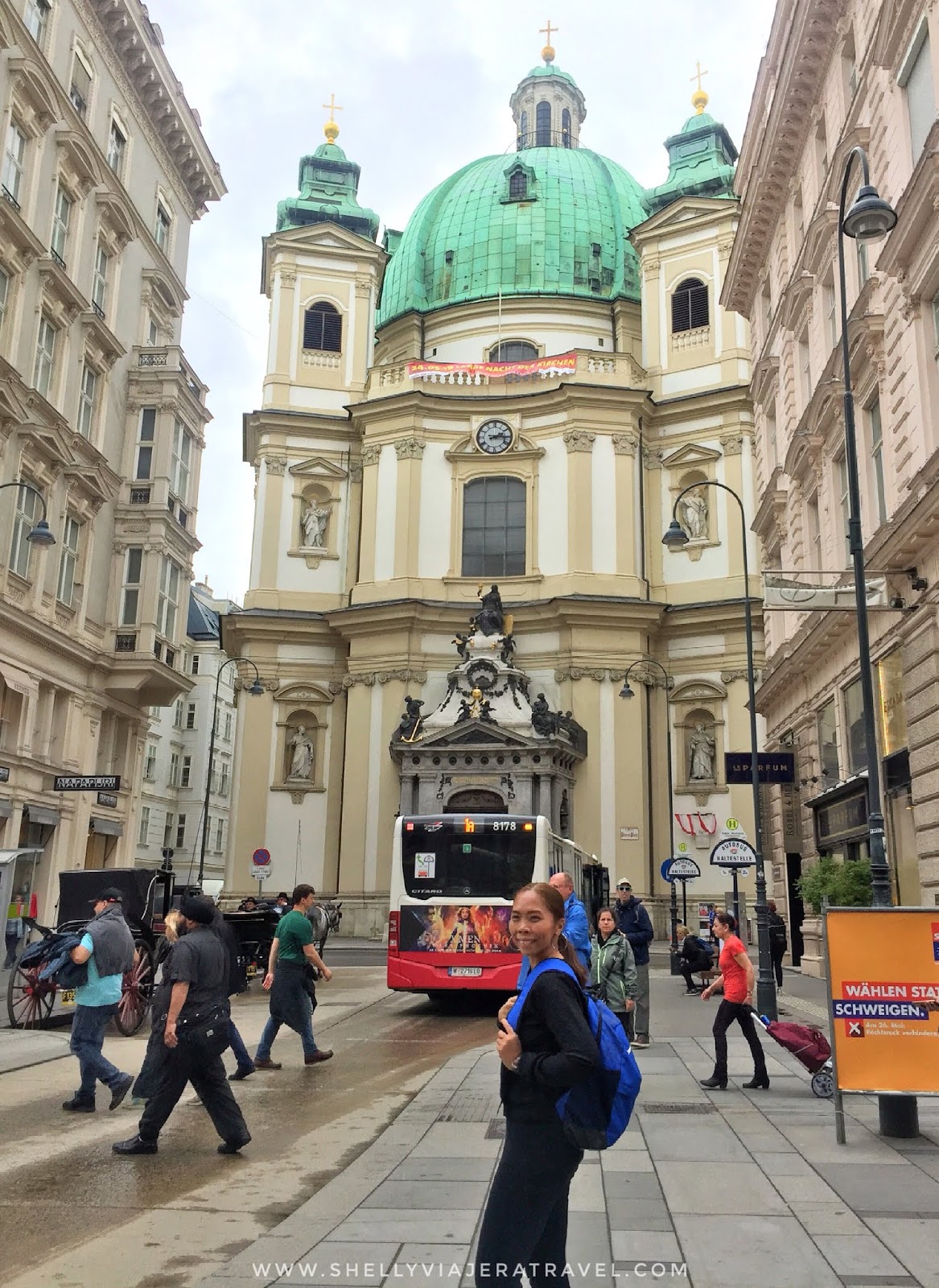 At the Austrian border, I just noticed some police authorities came up to check on the passengers’ passports and visas. I’m not sure if it was only a random check, but I just thought that this is worth mentioning to travelers entering Austria by land. As a rule of thumb, always bring and prepare your passport, visa, and other documents especially when your travel includes crossing a border. 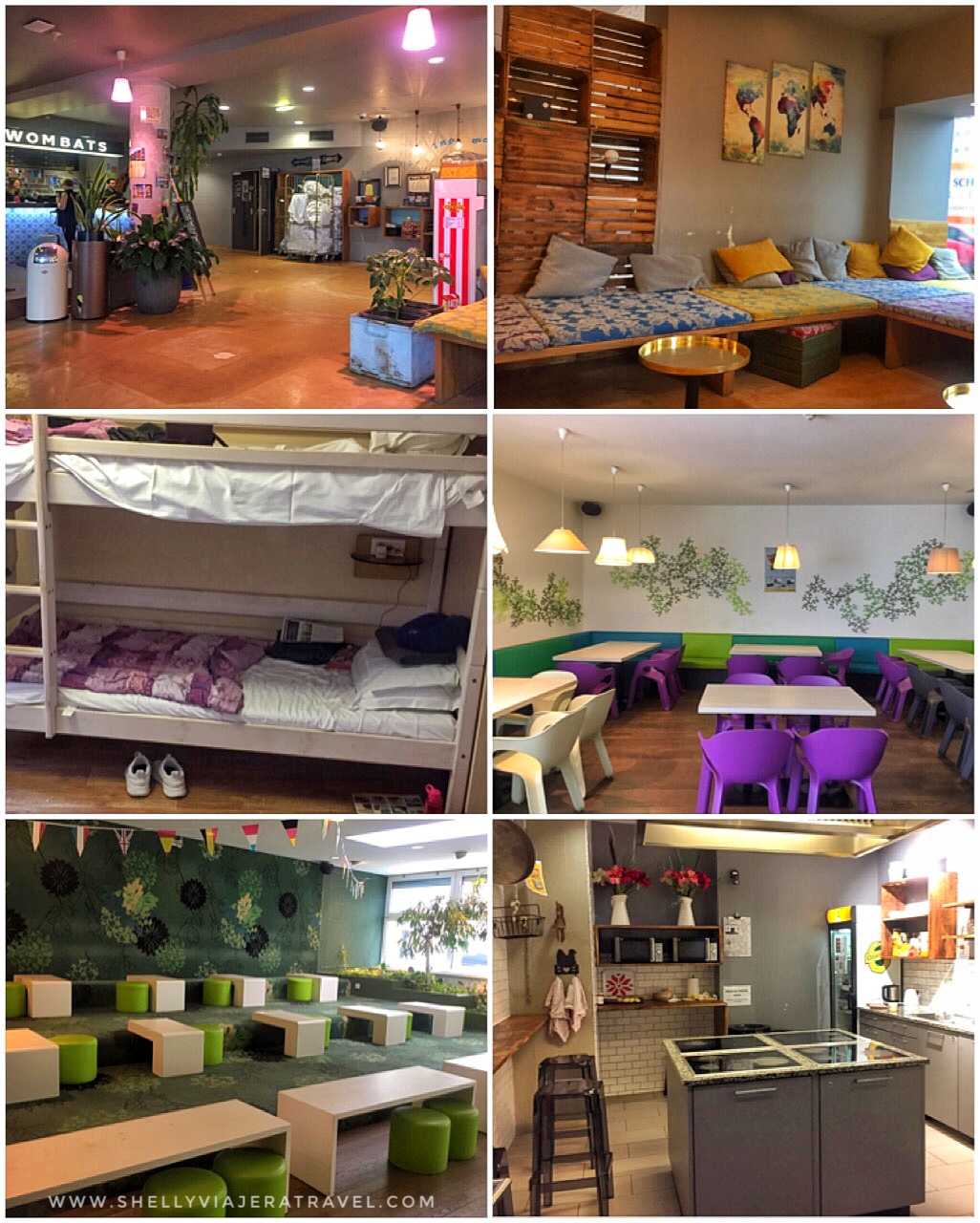 The weather wasn’t as good as I wished upon arriving in Vienna. When the bus stopped in front of Wien Hauptbahnhof, the central train station in Vienna, I hurriedly entered before the downpour. From there, I took the metro and hailed at Kettenbrückengasse station where my hostel, Wombat's City Hostel Naschmarkt, is located at. 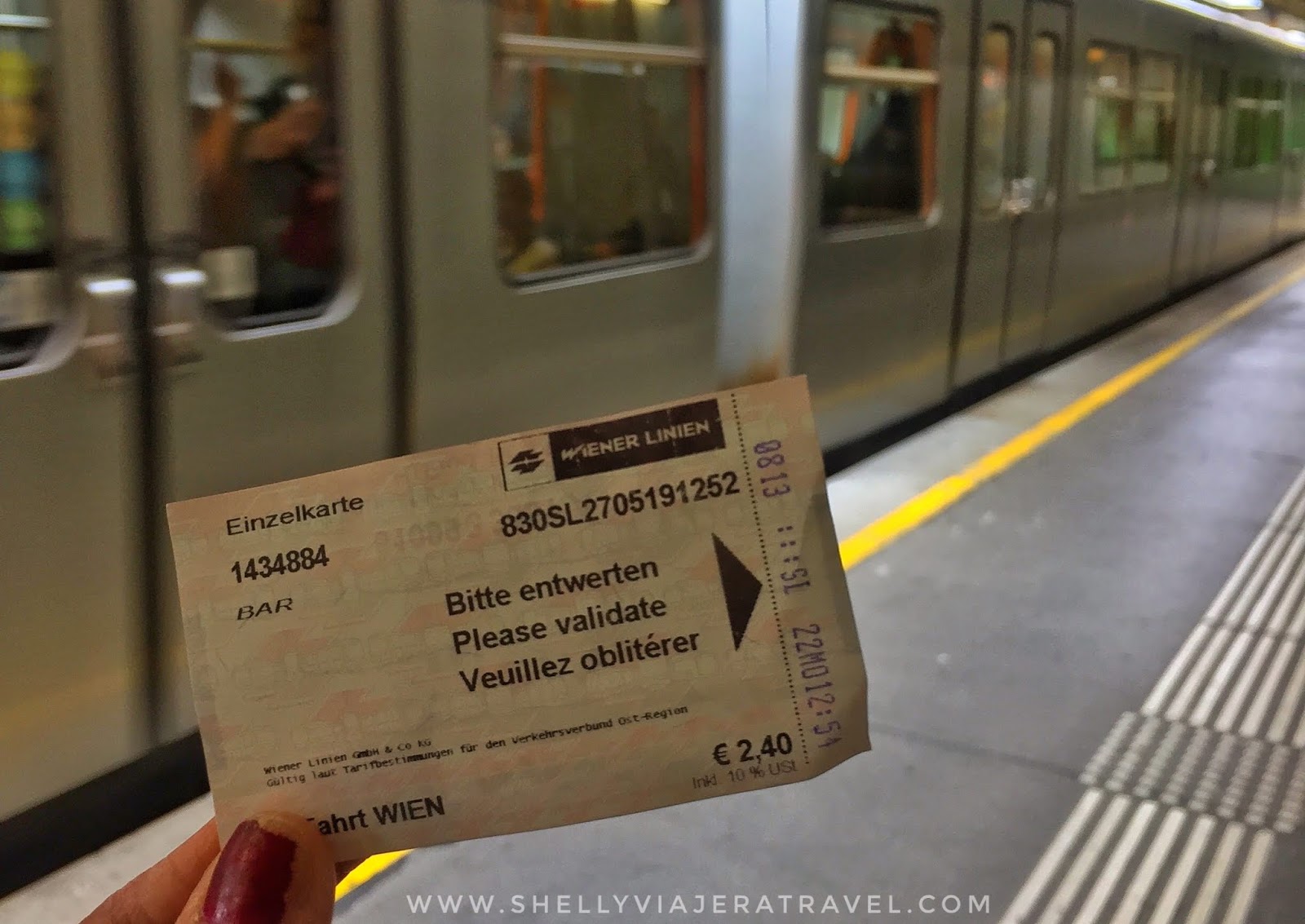 Honestly, I find transportation expensive in Vienna. With this, whenever I can, I opted walking as means of saving money. A single ticket in Vienna costs €2.40, valid for multiple transfers in the metro, tram, and bus lines but towards one direction only (which means you cannot go on a circular route returning to the station where you came from). There are also different transportation passes, but the most common are:


To buy a ticket, just go to any machine at the station. The main currency in Austria is the euro (€). 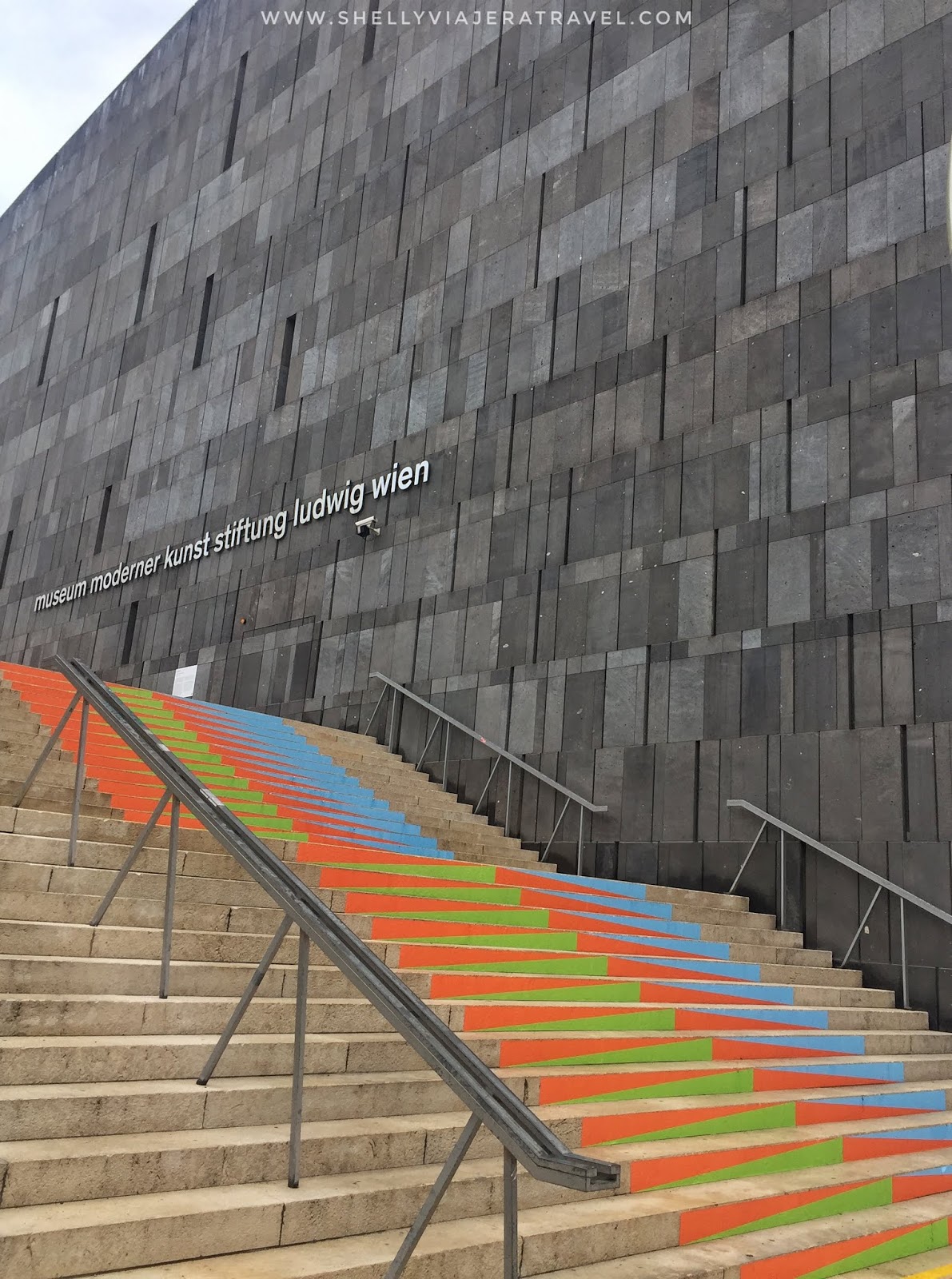 I stayed in Vienna for 2 days only. For me, it was enough based on my liking. I’d quickly describe Vienna travel with a LOT of museums and theater visits involved. Thus, if you’re into arts and architecture, then Vienna is the perfect city for you. 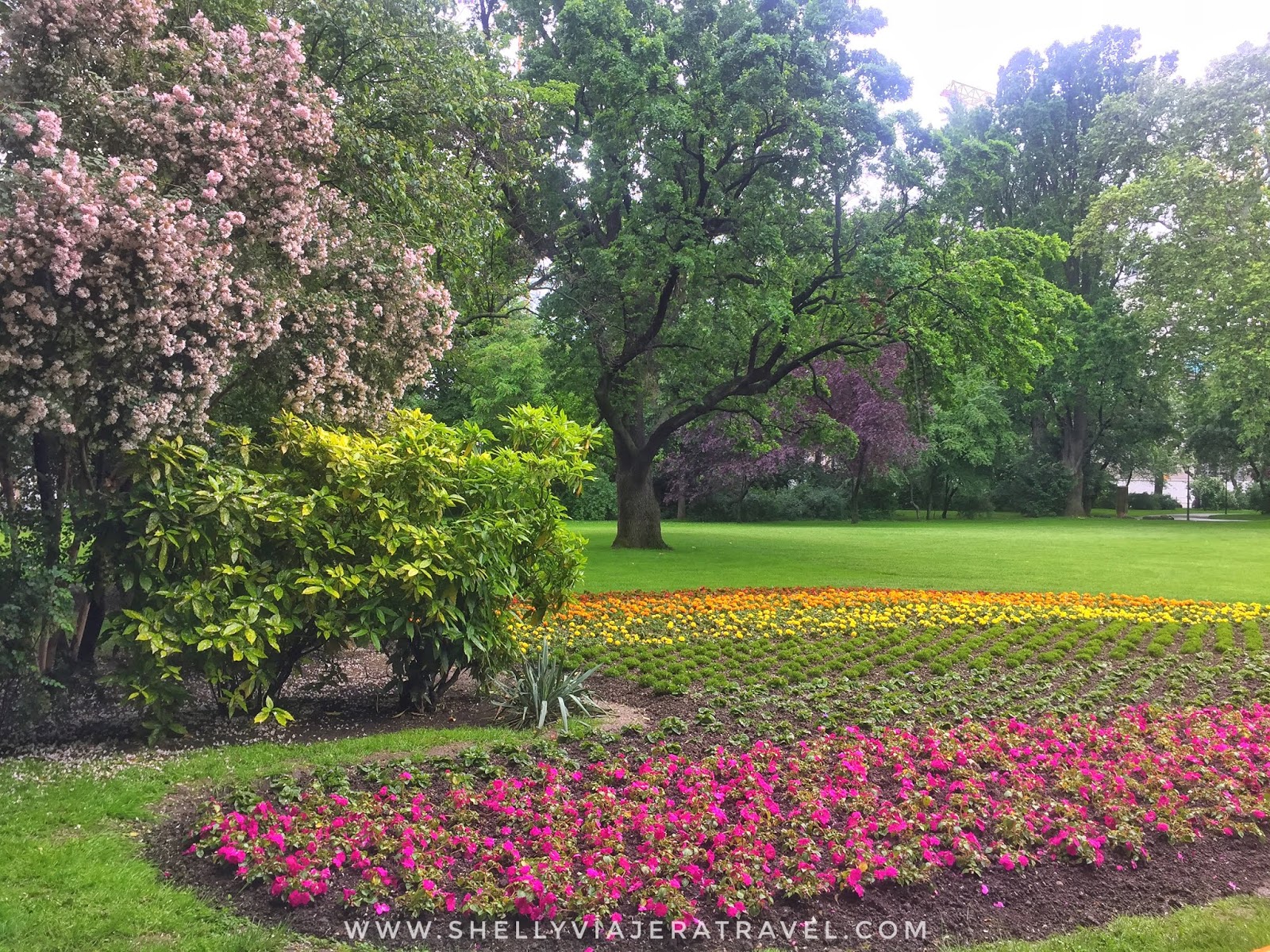 As for me, I’m honestly not a museum person, so I usually ended up just passing by the museum’s facade and stayed longer at the garden or outdoor part of the museum. 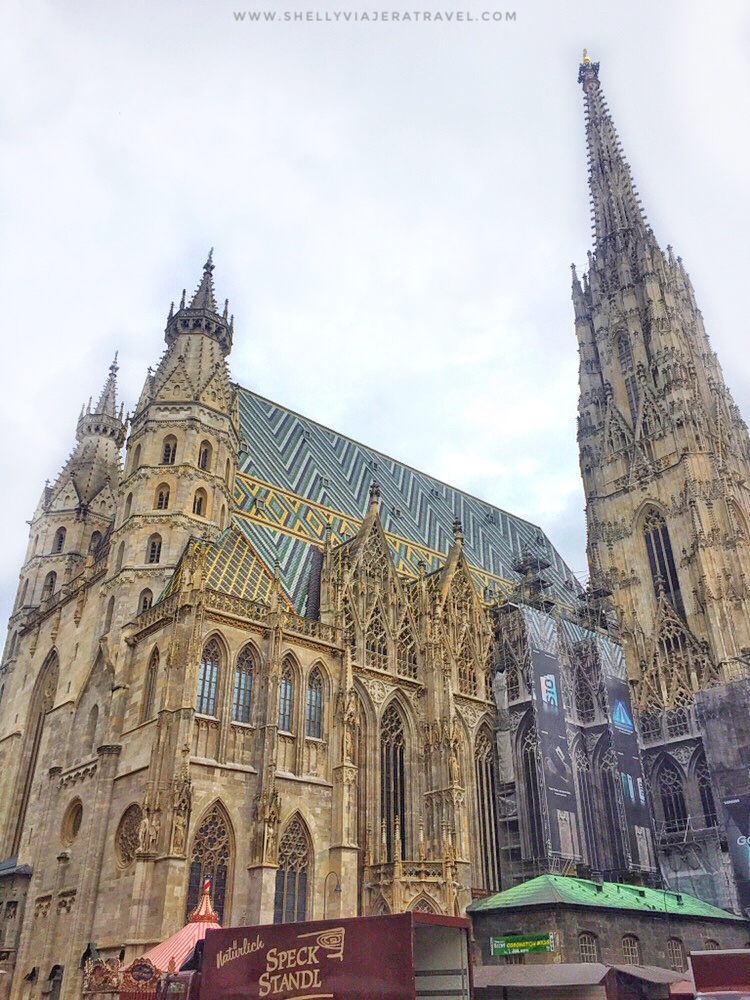 Sadly, the bad weather continued throughout my stay in Vienna. Despite this, I made sure that when the rain stops, I cover as many place as possible. What's good about Vienna is that it's a very walk-able city, which means it's convenient to travel on foot and safe to walk even at night.

Also read: When in France: Paris for First Time Travelers 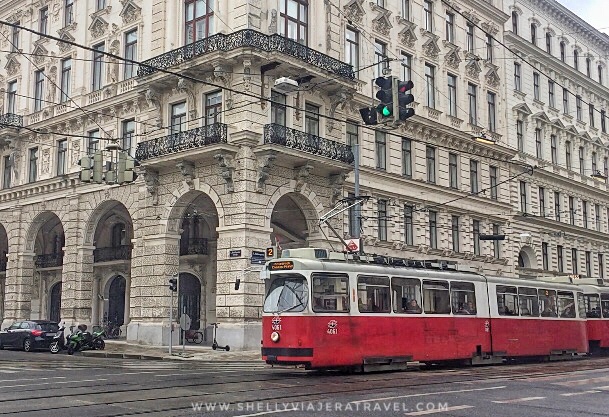 Aside from transportation, I find the rest of my travel expenses in Vienna heavy in the pocket too. Well, this is in comparison with how much I spent in other cities in Eastern / Central Europe, and Vienna is probably the most expensive. 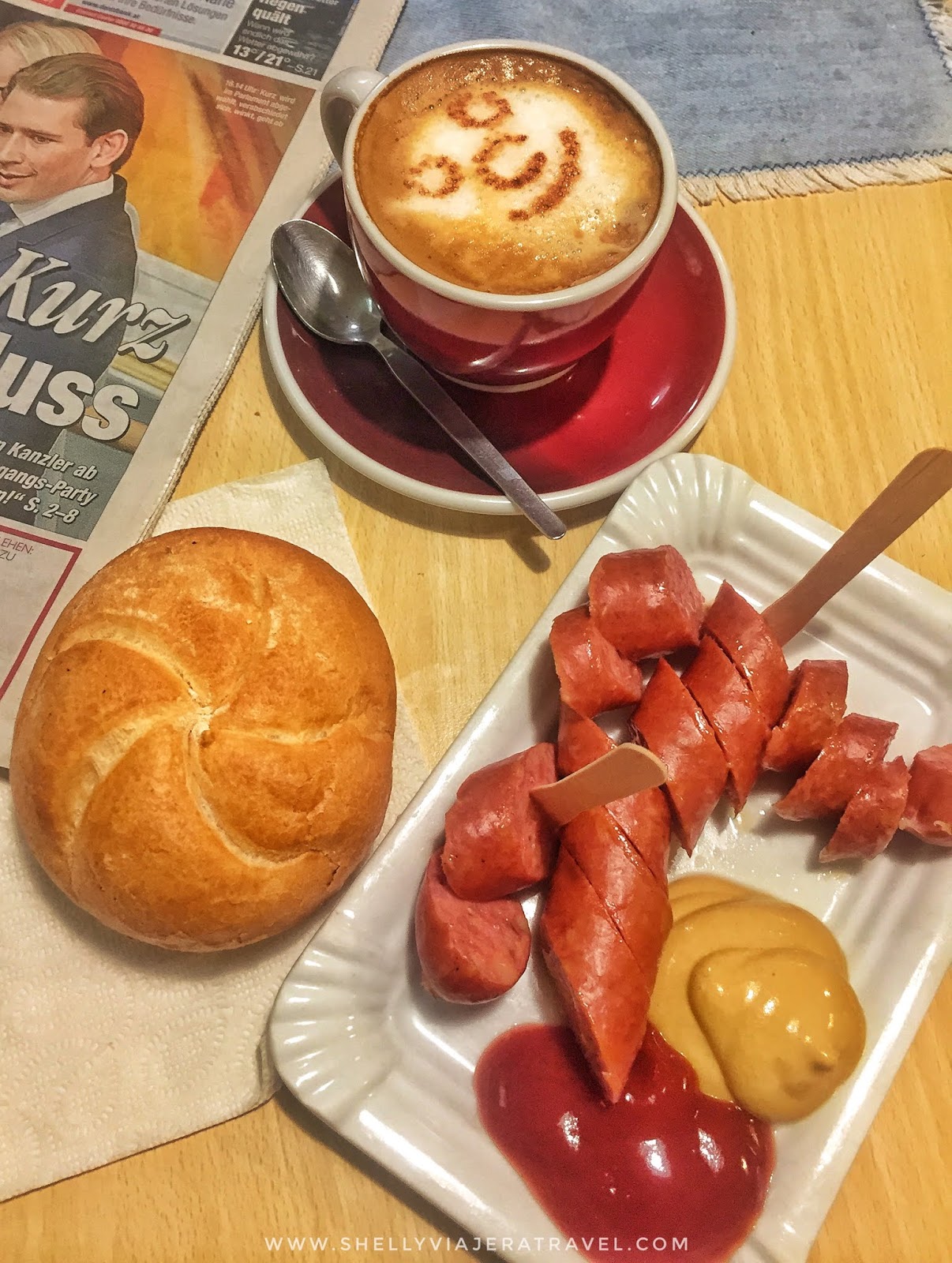 As a money-saving tip, I figured out that food are cheaper at stands within and around the metro or tram stations. Common Austrian food include wurst (means sausage in English) and schnitzel, which is a German word for breaded deep-fried meat, like veal or chicken, among the popular ones.
Austria takes pride of the great musician Wolfgang Amadeus Mozart as one of its most famous citizens. In Vienna, there are several Mozart-related attractions, including the Mozart Monument where his statue was built inside a park and the Mozarthaus, which was his apartment that now serves as a museum and venue for exhibitions. To enter Mozarthaus, there's an entrance fee of €11. 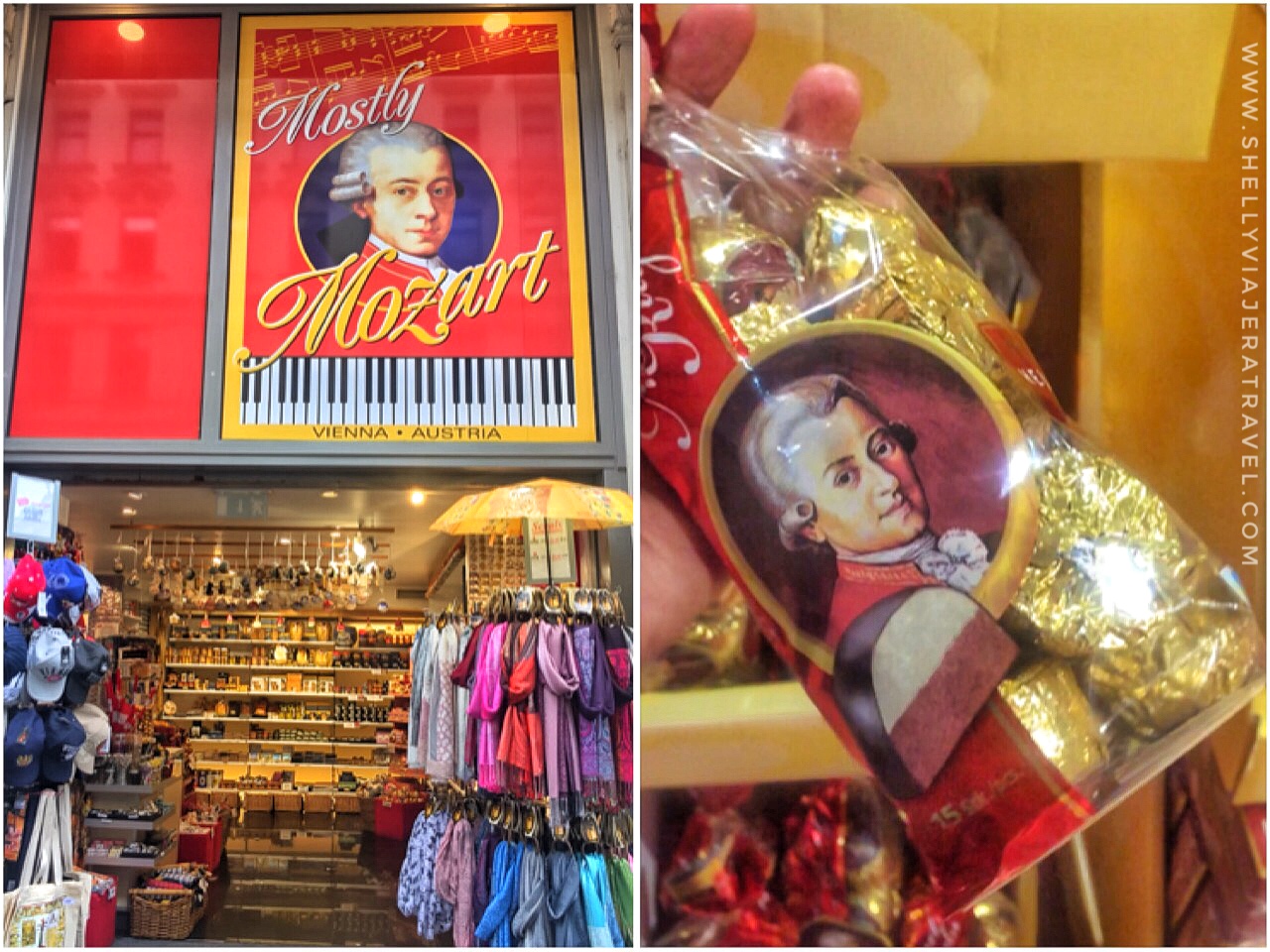 Aside from attractions, Mozart-inspired merchandise are sold like hot cakes there. This includes Mozart balls, a very popular souvenir item when in Vienna.

Do you like visiting museums? How long do you spend time in a museum?