When in Japan: Travel Cheap for 4 Days in Tokyo 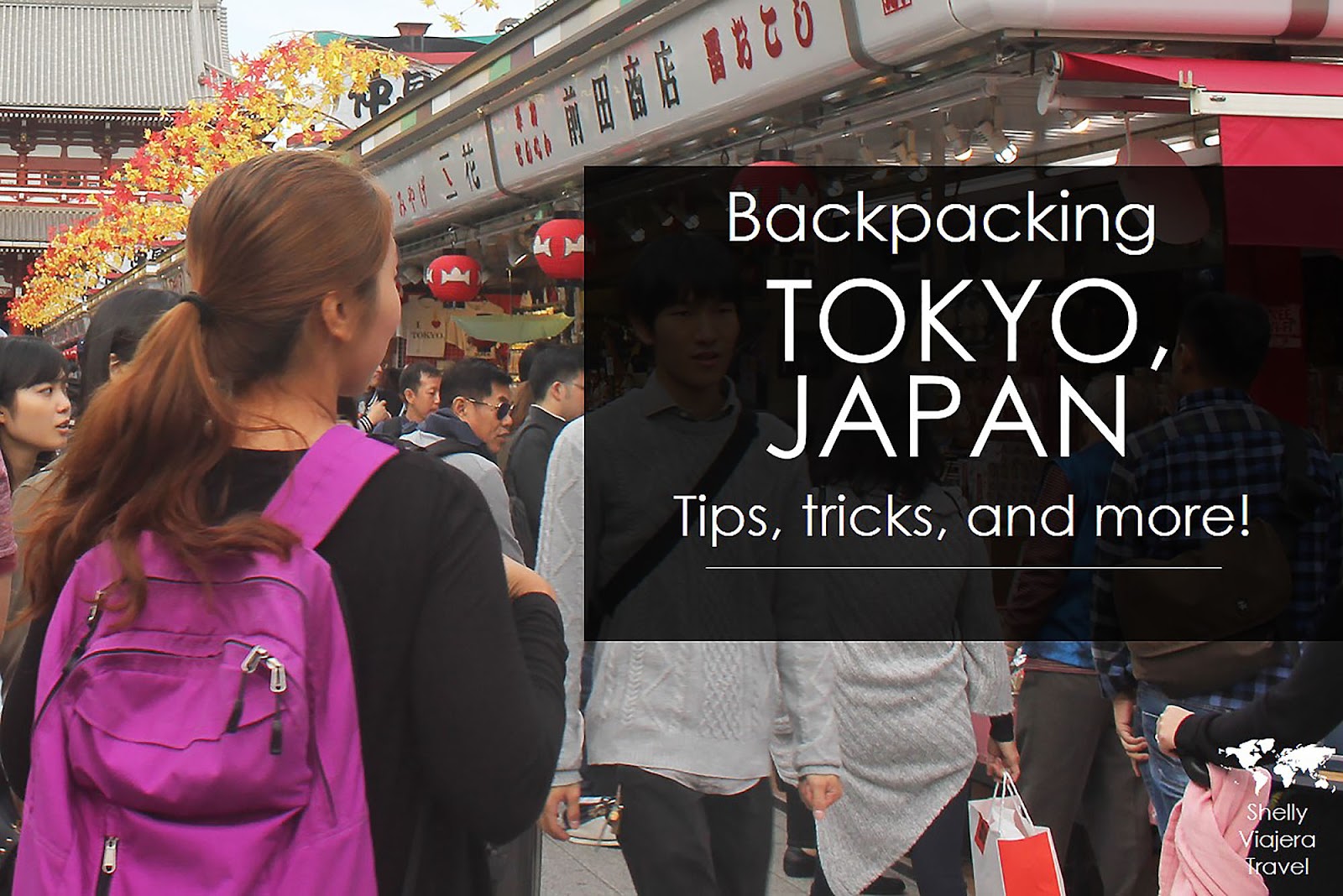 Tokyo is definitely one of the most expensive cities, not only in Japan, but all over the world. Nevertheless, budget travel is very possible. A good way to travel cheap in Tokyo is by visiting places per area with the use of subways and metros, which is perhaps the cheapest mode of transportation in the capital. Although the numerous lines and stations may get overwhelming at first, they're highly reliable as Japan's extensive railway system can get you to almost every place even when in a big city like Tokyo. 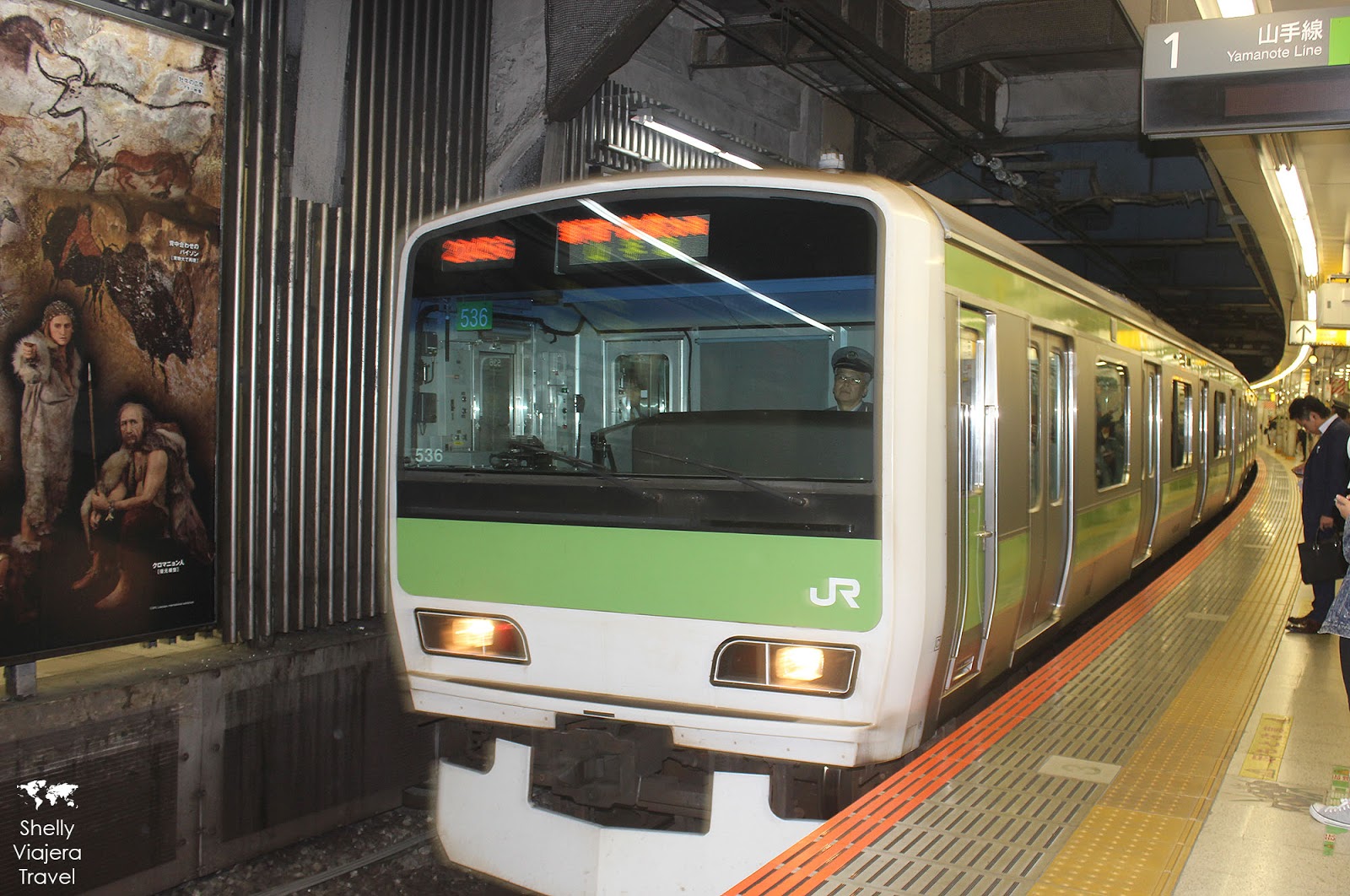 Here's a sample itinerary of a 4-day Tokyo tour. Majority of these places of interest included are accessible by subway or metro. A smart move is to buy any top-up card / electronic money used in Japan, such as Suica card. Aside from being hassle-free, the amount per ride using a card is cheaper than cash. It also gives discounts especially when transferring from one line to another. It only costs ¥220 (less than USD 1!) and only requires an initial deposit of ¥500 (refundable if card is returned). 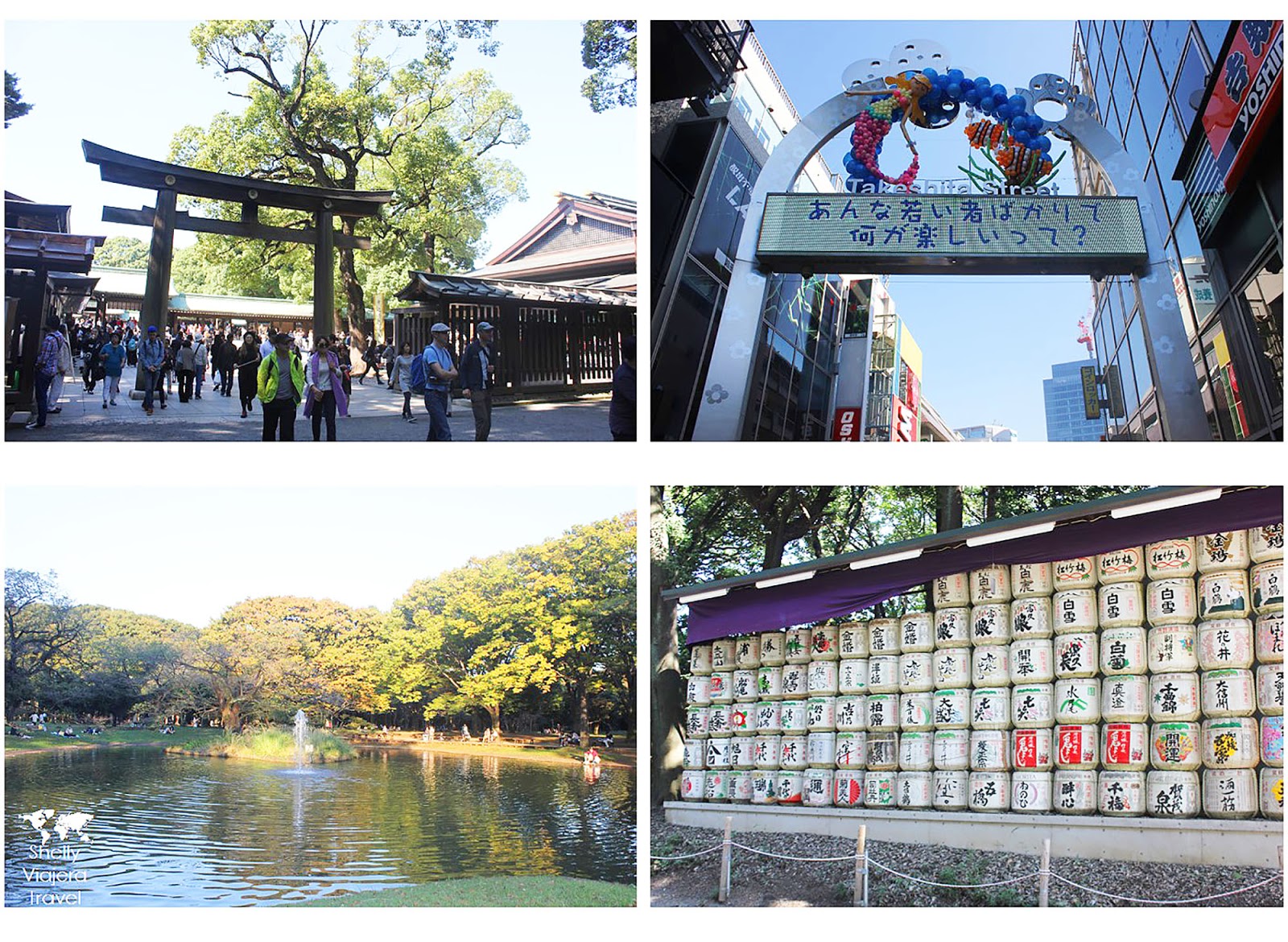 1. Harajuku station
The first part of this tour in West Tokyo covers the Harajuku area. Begin by alighting at Harajuku station served by the JR Yamanote line. From the station, it only takes 5-10 minutes on foot to each the first stop, the Meiji Shrine.

2. Meiji Shrine
The Meiji Shrine is a landmark known for its religious and cultural significance to the Japanese. A few of the notable areas in this shrine include the Torii Gate, Barrels of Sake, and the shrine itself that's also locally called as Meiji Jingu.

3. Yoyogi Park
Return to the Torii Gate entrance then head east to the Yoyogi Park, one of the big parks that contributes to the eco-friendliness of Tokyo. This park is well-known for its several sakura trees that are a hit attraction at spring time (late March to May).

4. Takeshita Street
Next, detour to the Harajuku station and head north to Takeshita Street, a youthful and vibrant street in Tokyo. On weekends, teenagers and young at hearts go here to do Cosplay, a Japanese subculture of wearing anime costumes. Also, this street is known for the Harajuku crepes as numerous crepe and dessert shops can be seen throughout the stretch. 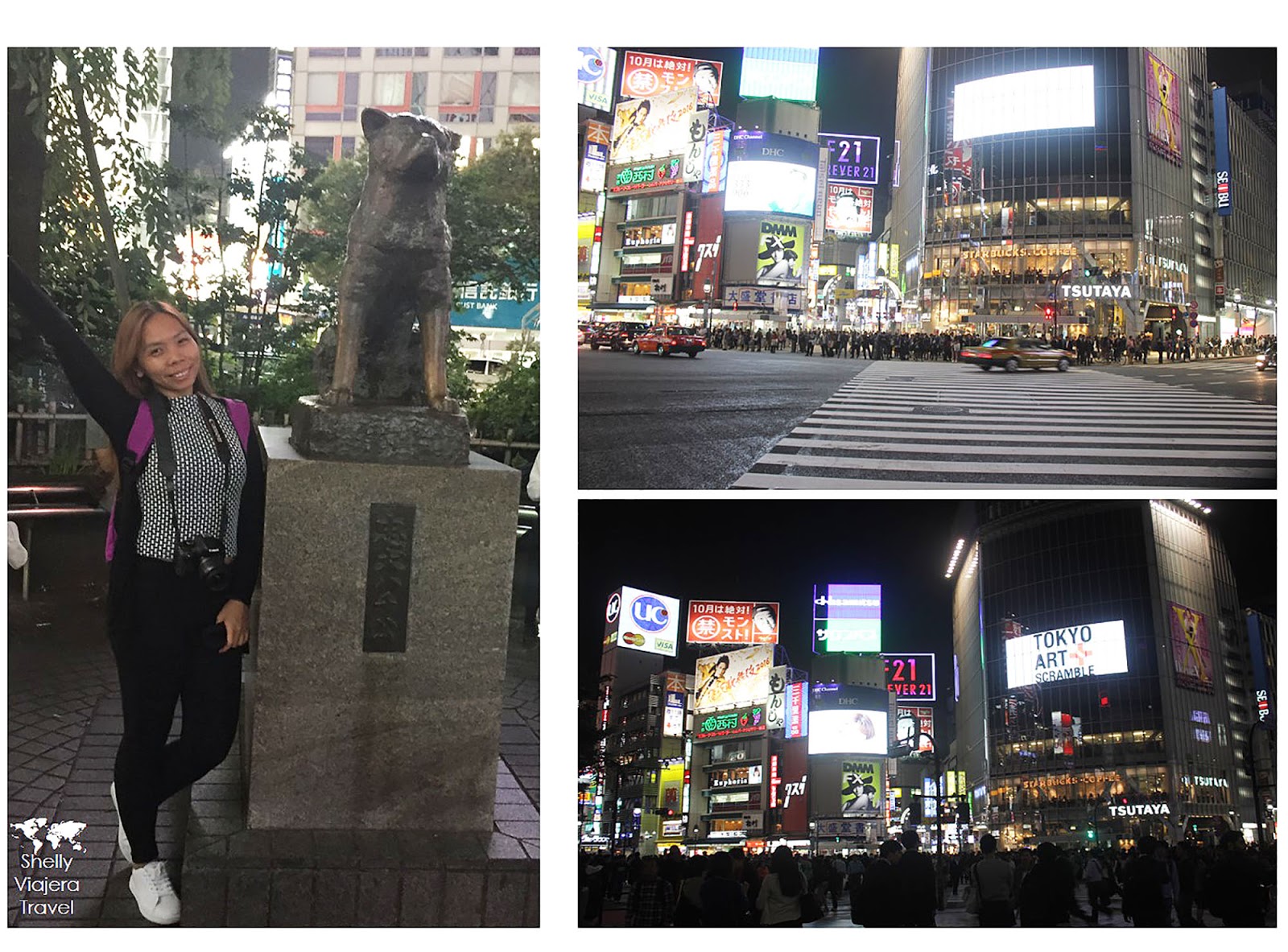 1. Shinjuku station
This route in west Tokyo covers the Shibuya area. Begin at Shinjuku station, which is one of the bigger and busier stations in Tokyo consisted of 12 different lines.

2. Hachiko Statue
Make sure to go to the JR Hachiko exit to head to the Hachiko Statue. The famous statue is a tribute to Hachiko, an Akita breed of dog who touched the hearts of many after it repeatedly went back at the Shibuya station and waited for his master's return who, unfortunately, passed away.

Also read: When in Japan: Shibuya

4. Izakaya
One of the local scenes a traveler can experience in Tokyo is by entering one of the izakayas, Tokyo's version of a pub. An izakaya is described as a small, exclusive, and cozy pub. In Shibuya, a stretch of izakayas can be found where most locals spend time drinking and unwinding with friends after the long day at work. 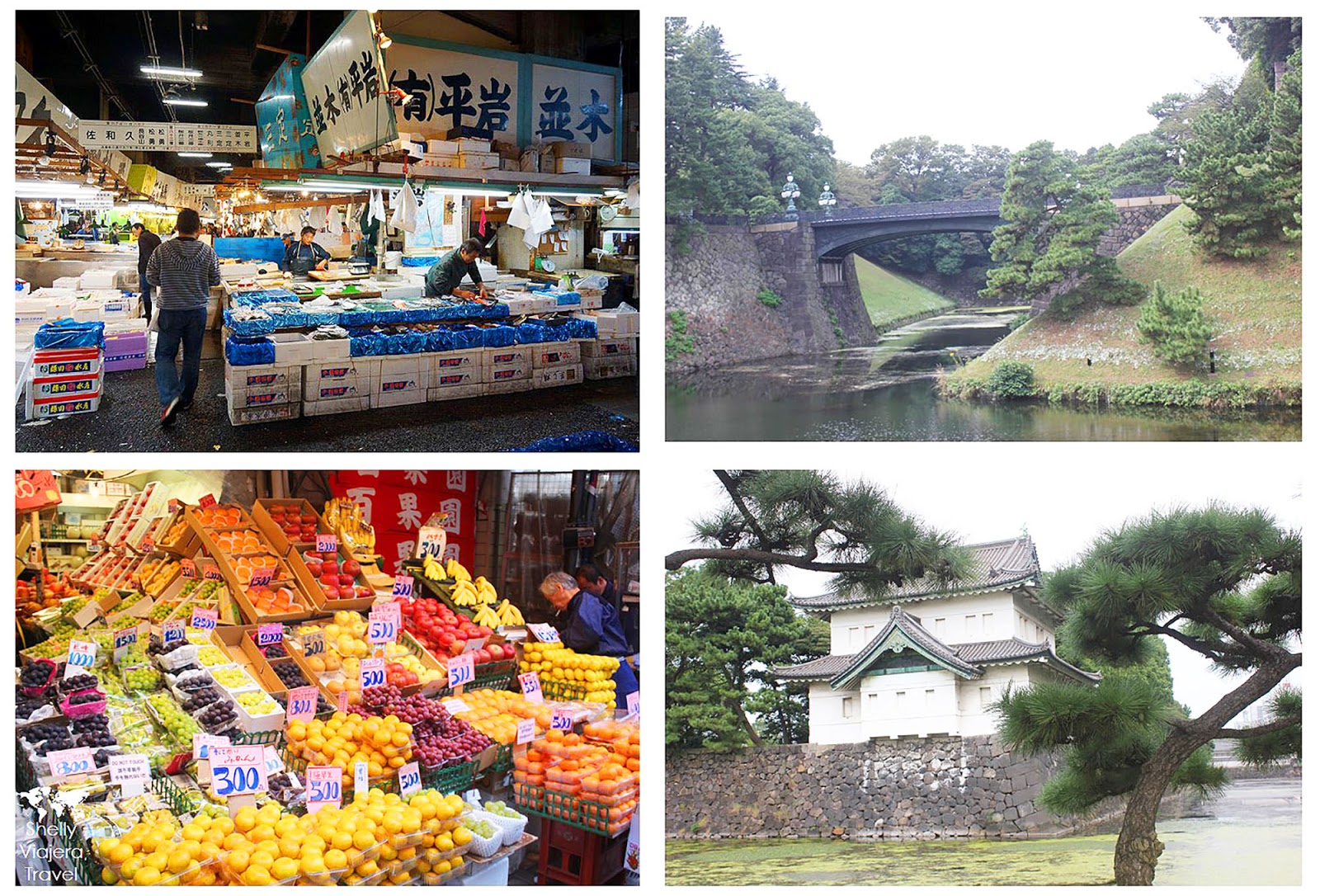 2. Tsukiji Market
It's best to come early in Tsukiji Market to see the locals bargaining wholesale seafood products, from tunas to salmons, that are important ingredients in Japanese cuisine. Either you're there to buy or simply there to observe, the experience is one of a kind. Also, several seafood restaurants are in the area but the prices tend to be more expensive than in other areas in Tokyo.

4. Tokyo station
From Ginza station (H8) of the Hibiya line, transfer to the Maronouchi line (M16) to reach the Tokyo station (M18).

5. Imperial Palace
The Tokyo Imperial Palace is the official residence of the emperor of Japan and his family. The palace itself may be closed to public but it's a complex with other attractions including the Nijubashi Bridge, Edo Castle Ruins, and Imperial Palace East Gardens. 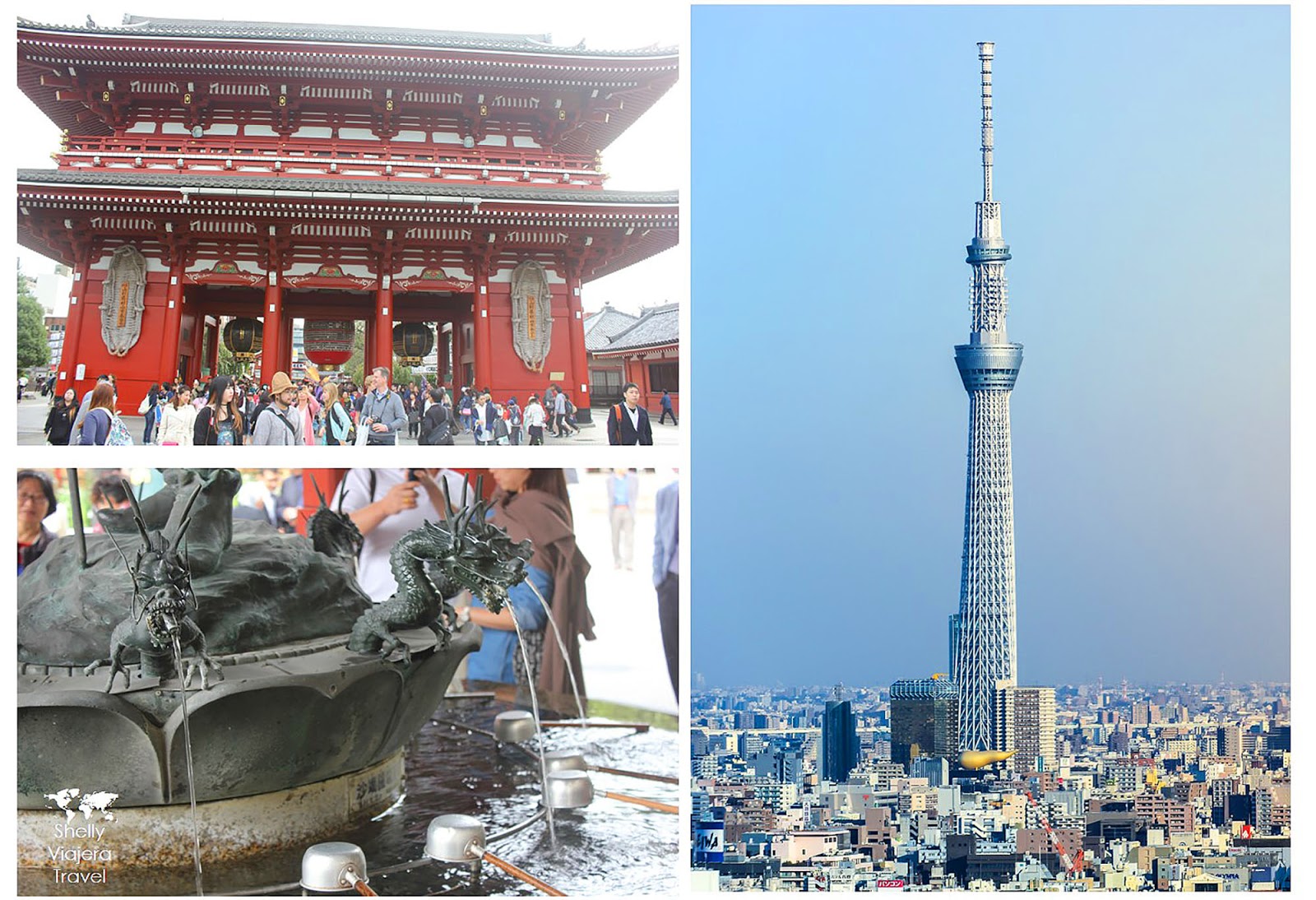 3. Sensoji Temple
The red-colored Sensoji Temple is Tokyo's oldest Buddhist temple. Right across it is the Asakusa Shrine, which is a Shinto shrine. Aside from being a religious ground, the surrounding outdoor markets are also considered an attraction.

5. Tokyo Skytree
If you're an anime fan, perhaps you've seen this tower already in its cartooned version. Once a tallest structure in the world in 2010, the Tokyo Skytree primarily functions as a TV and radio broadcast station. There's an observation deck at the top that a beautiful 360 view of Tokyo. At night, the tower is lit with multicolored lights, thus considered an attraction at nighttime too.

When in Japan: Travel Cheap for 4 Days in Tokyo