The temperature in Osaka has almost reached its summer peak, hovering at about 33 to 37 degrees. Seeking respite from the heat, some of us from the Physics Department took a night bus from Osaka JR Station to Kanagawa in the Hokuriku region and then joined other hikers from around Japan to climb Hakusan 白山, one of the three Holy mountains of Japan. The other two being Fujisan and Tateyama.
The night bus started off from the station at 10:30 pm and we reached Kanazawa train station in the early morning at about 5:30am. We each paid 5000 yen for the one way trip. There was still some time for us to get some breakfast and do some last minute shopping for supplies at the ever present 7-11 station store.
We did not expect was the number of people queueing up to get on the bus. It was not any special holiday of season although it was just about a week before the 'celebrated' Mountain day 山の日 public holiday, which happens to be the day I am writing this. One bus was not enough and to my surprise they added another bus in the last minute. We each paid 2200 yen for the two hour trip to the starting point of the hike, Bettoudeai 別当出合.

Our first stop for lunch was at the Jinnosuke Shelter Hut 甚ノ助避難小屋 . We ate our onigiris and various snacks while the other hikers took out their elaborate cooking equipment and boiled hot water for nice hot meals.
Relieved that most of the difficult part of the journey that day (climbing mountains and hills) was over, we mad our way through fields of wild flowers and harvesting bees and annoying insects to our room for the night. The room fits five and we paid in total about 12000yen.


I've actually skipped a lot of details here. Nobody really reads a long blogpost anyway. Let's talk about what we did very early the next day. We actually woke up at 2:00 am. Had a quick breakfast, packed everything and started our ascent to the mountain peak. We made it a few minutes before the sunrise. Here are the pictures.

We started the descent down back to the bus station at the starting point, 別当出合 to catch the first bus back to Kanazawa at 11:30. There are only three buses out from the mountain, 11:30, 13:30 and 15:30. We decided to walk down using another path, which is aptly named 観光新道 as there we saw the flower fields. 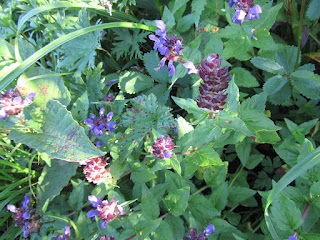 The trip down the mountain was really bad for the knees and ankles. Even a few days after the trip I was feeling the pain and wasn't really able to walk down stairs or slopes. 足がまだまがらない。
Here is the link to the accommodations available at Hakusan, http://www.kagahakusan.jp/file/shisetu/etc.html

Wanted man discovered living in Pilla…
Highlands, Buttermilk Opening and Sum…
Is Vechain Here to Stay? – VET Market…
How To Get From Lima To Cusco Peru {T…
Remembrance Day, as Seen Through the …