Taal Volcano may be small but it is considered as the smallest active volcano in the world. It is located in Taal lake which is the third-largest lake in the Philippines located in Batangas and home to the Vulcan point island. It is described as an island within a lake within an island, within a lake in an island, it may sound confusing but that's how complicated it's order. Contrary to popular belief, some may have thought Mt Binintiang Malaki and Mt Balantoc (the most prominent landmark as viewed from Tagaytay) as Taal Volcano which is completely wrong.

Throughout history, Taal volcano have 34 recorded explosions since 1572 including the recent (January 12, 2020). According to Philvocs, 1754 and 1911 may have been the most devastating eruption.
We visited Taal volcano via Tabaro trail almost 2 years ago since we prefer to see the crater lake up close. According to our local tour guide, Mt Tabaro's crater was formed during the 1965 phreatomagmatic eruption. The trail starts from a established pathway that passes numerous rock formations that were formed from lava gully, most were a black color that signifies rich in Iron mineral. The trail continues until reaching a sandy part filled with ashes which then leads to Mt. Tabaro, it was a backtrail and so we decided to head towards the crater lake of Taal. In order to reach the crater lake, one has to ascend a 340ft trail composed of sandy and ashes, then descend to 360ft to reach the crater lake.
I would describe the crater lake as so blissful and serene but at the same time, dangerous where it constantly smells sulfur due to its volcanic activity. Coming from San Nicolas, Batangas one would see the Alas-as Bird Sanctuary; home of migratory Egrets and the dry lava field. 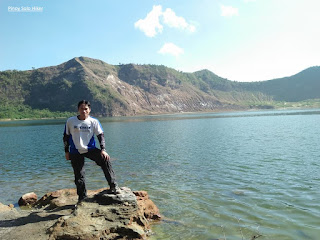 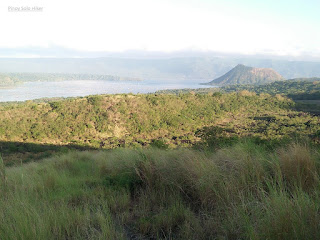 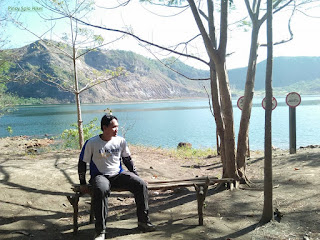 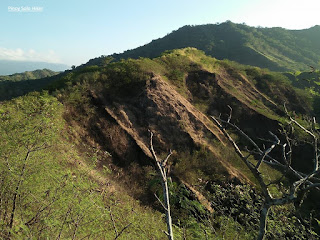 ***I joined an event organized by John Sarco