Buffalo Wing is basically a chicken wing section that is generally deep-fried, unbreaded, and coated in vinegar-based cayenne pepper, hot sauce and butter. It is traditionally served hot, along with celery sticks and/or carrot sticks with blue cheese for dipping which originated in Buffalo, New York.
Chicken has always been a favorite choice among Filipinos, and since it was already Lent season my office mates and I decided to try the newly opened Buffalo Wings N' Things in Pioneer, Mandaluyong. The place has a great ambiance, well lit and not too crowded, though the place is a little bit small.
I ordered Southern Chicken which is a meal combo composed a rice mixed with beans, the chicken is tender and it was boneless and it tastes great. The sauce is grand, it also comes with a seasoned corn and coleslaw as a side dish. I also had Chicken Wings which I think is a little bit expensive but the taste greatly compensate for it's price and you can also choose your preferred sauce.
They have several variance of spices and flavors to choose from based on their "hotness meter". I prefer the Garlic Parmesan or the New York’s Finest flavor which is not too spicy. Then there those that are much spicier: "The Rookie" and the extreme level which is the "Nuclear" and "Armageddon" at the top of the list. 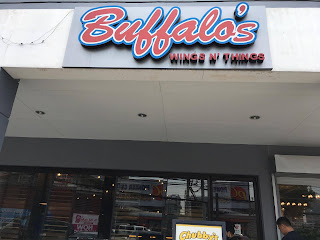 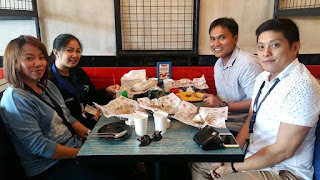 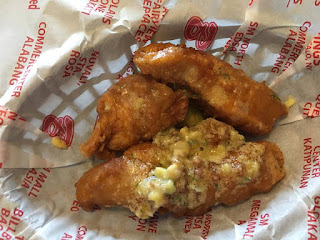 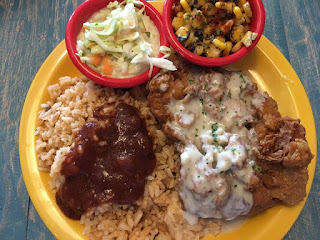 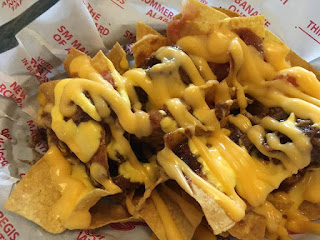