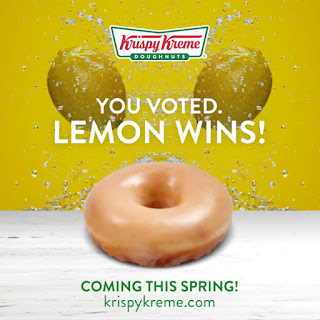 Cabbage Production Guide
Digital Marketing Tips and Tricks Fro…
Best Low Acid Coffees That Won’t Upse…
Krispy Kreme’s innovation team will craft and perfect the Lemon Glazed Doughnut flavor, which will be made available this spring for a full week (exact dates to be announced soon) at all Krispy Kreme shops throughout Central Florida.
The #VoteForGlaze campaign was the first time Krispy Kreme let America decide an all-new Glazed Doughnut flavor for the brand’s iconic Original Glazed® Doughnut. Fans selected from four flavors – blueberry, caramel, lemon and maple – January 16 through 22 at www.voteforglaze.com. Lemon was America’s top choice, garnering 36 percent of the vote. Caramel received 26 percent of the vote, blueberry received 20 percent followed by maple, which received 18 percent.
“Lemon won the vote, but we can’t glaze over the fact that the other three flavors all received a lot of support, even beyond the votes. Our fans’ passion for these flavors – and others – came through loud and clear on social media. So while the polls are closed, our minds are not,” said Jackie Woodward, Chief Marketing Officer of Krispy Kreme Doughnuts®.
Read more »