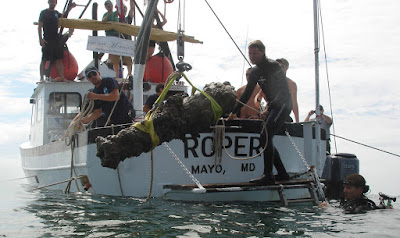 ST. AUGUSTINE, Fla. – On Friday, November 3rd, Florida Department of State Secretary Ken Detzner announced three Florida resources on the National Register of Historic Places.  Amongst the three was Storm Wreck, a wrecked British Loyalist ship from 1782 discovered by St. Augustine Lighthouse Archaeological Maritime Program (LAMP) archaeologists in 2009.  The site now joins only a handful of other inaccessible offshore wrecks given this designation of distinction due to the level of its historical significance.

A storm is coming
Bed Bugs Bites? – Find Out With This …
Holiday Cards – A Brief History
What Will Happen to Flash Games?
Colombo & Hurd Ranked No. 1 Immigrati…
In a press release from the State of Florida on Friday, Secretary Detzner says, “I am pleased to announce the designation of these three resources on the National Register of Historic Places.  The Michigan Avenue Bridge is one of the last bobtail swing span bridges in our state, and Oaklawn Cemetery, the first public cemetery in Tampa, has been a consistent presence in the city’s history. The Storm Wreck, a mile off the shore of St. Augustine, dates back to the American Revolution. These resources demonstrate the wide variety of historic sites throughout Florida.”
Read more »