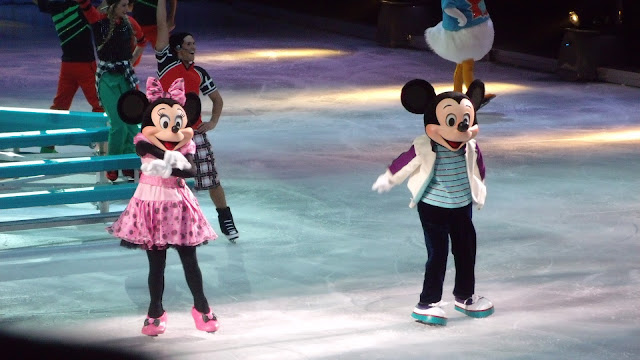 How do you make a Disney show irresistibly appealing to those of us who already live in Mickey Mouse's backyard? You put those characters on ice skates and make it a non-stop, best-of display of magic, music, and majesty! Disney On Ice is one of our favorite annual traditions, and we were honored to attend this year's performance as Feld Entertainment Blogger Ambassadors once again. Disney On Ice Presents Follow Your Heart debuted at Orlando's Amway Center on September 2, and the standard of performance was every bit as magical as we've come to expect. 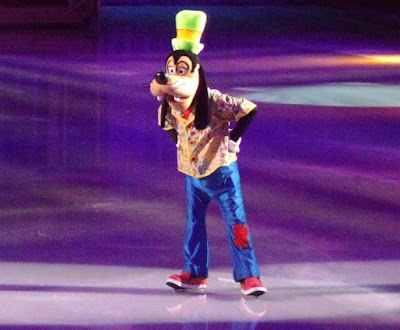 If you haven't attended a Disney On Ice performance, here's a little sampling of what you can expect. The characters and stories from generations of enchantment come to life in a way you cannot find anywhere else. The costumes and personalities are every bit as vivid and impressive as those you experience at the theme parks, but there's an added level of dazzle as the stories unfold gracefully on the ice. The show is typically launched with a group musical number before Mickey, Minnie, Donald, and Goofy greet the crowd and set the stage for a medley of fairy tales. 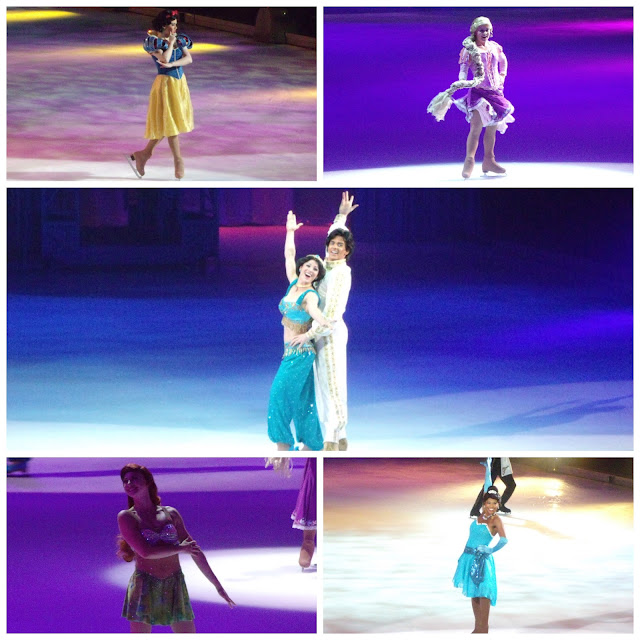 You can always count on seeing a plethora of princesses sparkling across the ice. "Follow Your Heart" is approximately two hours in length (including a 15-20 minute intermission), and there are plenty of stories to cover, so the time devoted to each character's performance is varied. The collage of princesses offers a spotlight moment for each featured character and her prince, allowing them the opportunity to glide, swoop, and spin across the ice to a signature tune from their movie, bringing them all together for a final magical moment at the conclusion of their individual displays. 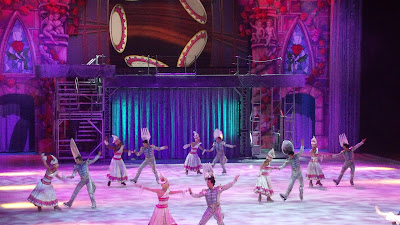 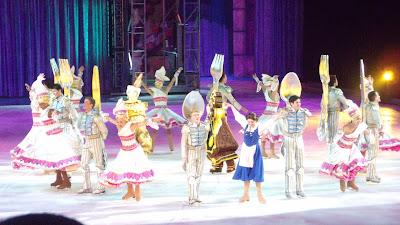 Each Disney On Ice themed show selects a few of those stories to elaborate on. "Follow Your Heart" did an absolutely fantastic job with Beauty and the Beast. I may be a tad bit biased by favoritism, but this segment was simply flawless. From the troupe of characters recreating the bustling "Be Our Guest" scene, to the heartwarming moments when the Beast's curse is broken, this timeless tale of love and humanity is retold with brilliance and engaging detail. 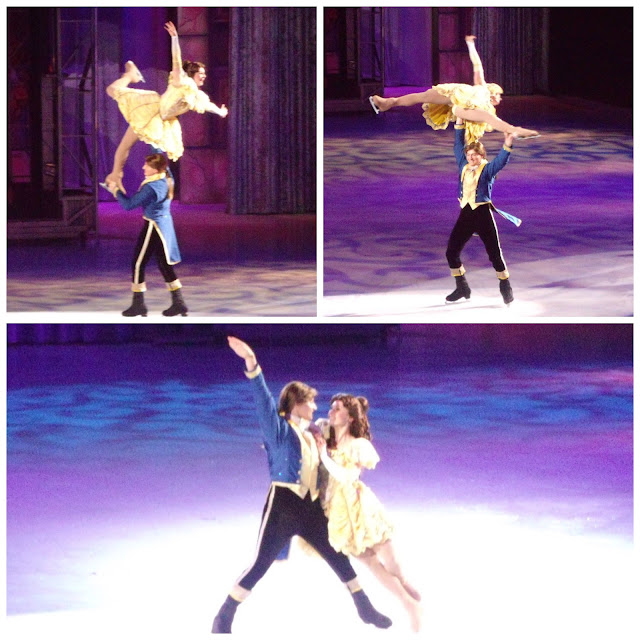 Another endearing classic that received fair ice-time was Snow White and the Seven Dwarfs. With a rousing "Heigh Ho", all seven dwarfs marched their way across the ice, before Snow White herself joined them for an abbreviated "Silly Song". 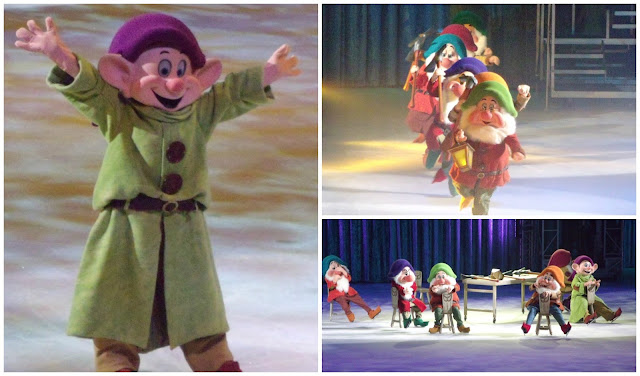 While there was a definite absence of villains in "Follow Your Heart", one fan favorite did make her evil presence known. 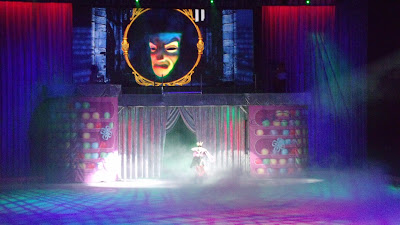 Another story that made quite an impression was Toy Story, with a flurry of toys joining Woody, Buzz, and Jessie on the ice. This may have been the most impressive spectacle of the entire show. Not only is it baffling to consider ice skating as a giant piggy bank or dinosaur, but the sheer number of performers on the ice at once, mastering the elaborate choreography with ease is simply mind-blowing! 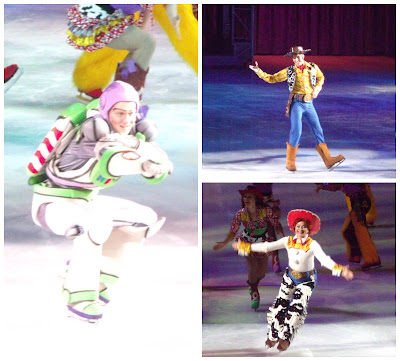 Although we have seen some of these segments represented in previous versions of Disney On Ice, "Follow Your Heart" did change up the presentation a bit. There were all new aspects included in the performance as well. "Follow Your Heart" introduced segments devoted to Finding Dory, which included an absolutely fantastic stage set designed to create an underwater environment... 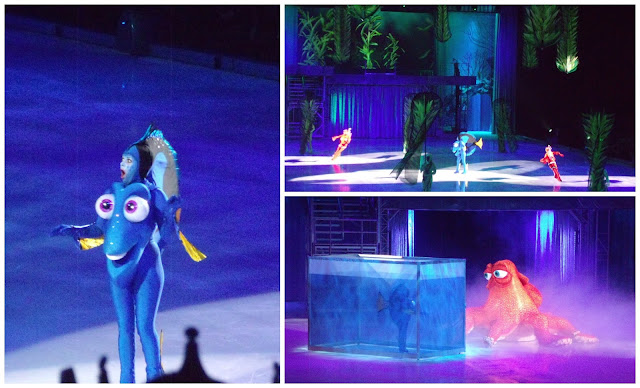 ... and scenes from Inside Out were interwoven throughout the entire show. 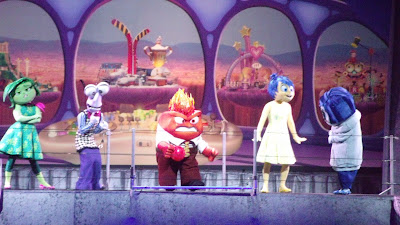 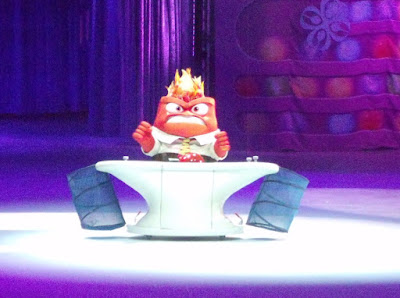 Speaking of new elements... the introduction of aerials and silks was utterly marvelous! Personally, I am always awed by this style of performance, but when done in an arena setting over ice, it becomes even more amazing. I was absolutely spellbound as Ariel and Rapunzel flawlessly dangled and flew with style, high above the ice. 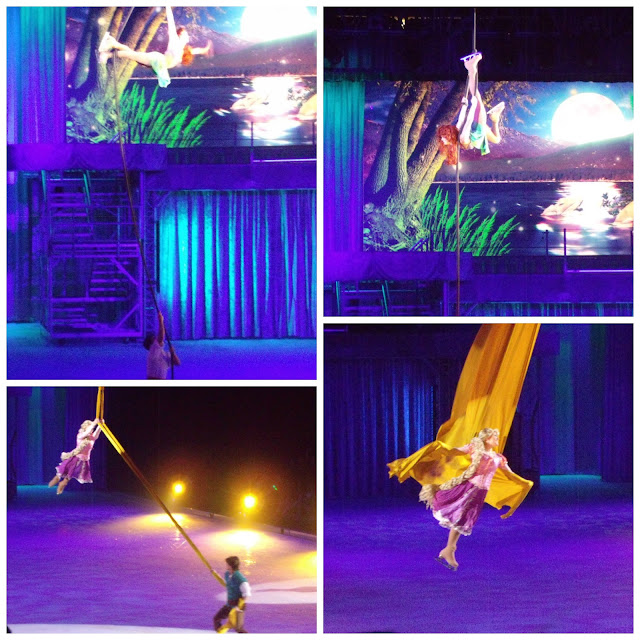 Following the intermission, the remainder of the show was devoted to Frozen. Much like 2015's "100 Years of Magic", I found this to be a bit bulky when compared to the time allotted for the previous segments, but I admit to my slanted perspective as I confess that I am not a fan of the story. Certainly, I'm in the minority with this opinion, as the entire arena seemed to be engrossed with every word uttered and sung. I did appreciate a new scene added to the Frozen retelling where Olaf came to life right before our eyes after being "built" by childlike versions of Elsa and Anna. 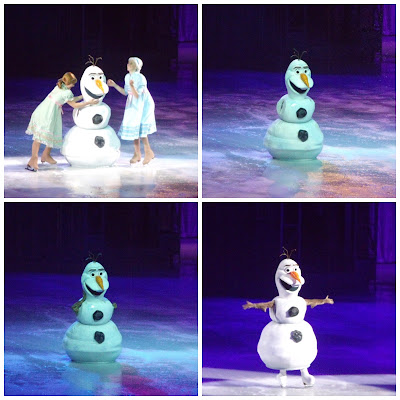 Even for those of us suffering from Frozen overload, it's hard to deny that the costumes and sets involved in this segment were spectacular - specifically the icy display that emerged during "Let it Go", as snow fell throughout the perimeter of the rink. 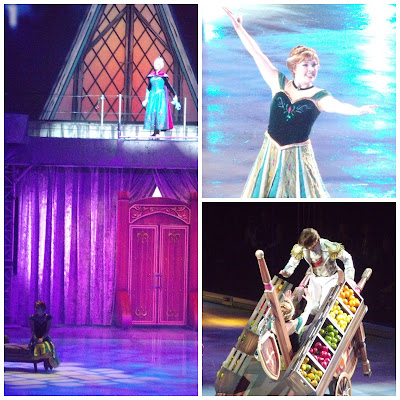 Disney On Ice is always certain to be a glorious demonstration of talent and merriment. Young and old alike can appreciate the stories, music, and ice skating displays. There truly is something for everyone. The performance is generally balanced, and never lacking in "wow" moments. If you're like me, suffering from klutz syndrome, you'll especially appreciate the effort that must go into such a show. Synchronizing this number of performers in such a smooth fashion cannot be easy, but they make it look effortless, beautiful, and yes - magical. At any given time, multiple versions of Disney On Ice are travelling the nation, and "Follow Your Heart" is at the beginning of its run. Check the official Disney On Ice site for dates and ticket purchase options.

Merry Christmas and Mahatma Gandhi
Landmine clearance almost complete on…
Why Friday The 13th Will Be Your Luck…
Swiss Looking for an Upgrade in Regul…
How To Stay Focused And Motivated In …
Find Us Online www.ComeSeeOrlando.com