FLIC EN Flac BACKGROUND INFORMATION
“Introduction
Flic En Flac's beautiful beach is its major attraction lying just inside a sheltered coral lagoon making it an ideal beach-based all-year round holiday destination. It also offers diving, local and deep sea game fishing, sea trips, excursions around the Island, a good range of public amenities as well as the local Spa shopping centre and a large range of accommodations to suit all budgets. It's location away from busy main roads makes it a relatively quiet location. It offers the best range of value-for-money self-catering accommodation on the island. The main area of new housing development is on higher land on the outskirts from Bambous, overlooking the town.
History
Flic en Flac derived its name from an Old Dutch phrase "Fried Landt Flaak" that literally means "Free and Flat Land."During the 1960s the village was known only for its cemetery where people from nearby villages came to bury their dead relatives. There was also some artisanal hunting of wild ducks and birds in the marches of the region.Unlike Grand Bay who knew a “wild” development in the north, the development in Flic en Flac was monitored by the authorities. Strict rules were applied to constructions and commercial outlets. For example, to avoid Flic en Flac becoming a slum, only 40% of a given plot of land should be used for construction.
During the '70s and '80s the economy of the country was oriented towards sugar and textile exportation. At this time the authorities were reluctant to develop the tourist sector. Licenses were not granted easily to International Hotels who wanted to open 5 star hotels in Mauritius. The authorities then were talking about “containing” the amount of tourist visiting the country. Charters were not allowed to land in Mauritius.
Facilities were given to foreign investors to develop manufacturing industries and give jobs to workers in Mauritius but wages rose rapidly and the investors moved to other cheap labour countries like Madagascar and Pakistan. The price of sugar on the world market also fell drastically. Hence the government review its policy and encouraged the expansion of the tourism sector. In this perspective, several five stars hotel were allowed to be built in the region of Flic en Flac. They have exclusive use of the beaches in front of the hotels. When Flic en Flac became popular, wealthy Mauritians settled abroad bought land in the area to build bungalows where they intended to stay during their holidays. During their absence they rented it to other tourists and rapidly Flic en Flac became known for its self catering accommodations.
Progressively all facilities became available in Flic en Flac. It has now its bank, pharmacy, supermarket etc.
Geography
Flic en Flac is found in the district of Black River on the western coast of the island of Mauritius. The area has the nicest beaches of the island protected by the surrounding coral reefs. The region is protected from the South east trade winds by a chain of mountains.It is significant to note that some wet marshes of the region have been covered with land-fills and buildings allowed to be constructed on them. This is a concern for some ecological organisations who warn of the risk of floods during rainy seasons.
Transport
Flic en Flac has also a good bus route to the other regions of the country. The roads are in good condition.”
Source: Wikepedia with citations / verifications needed in places.
An alternative view…
"The wonderfully named town of Flic en Flac marks the beginning of a superb stretch of beachy coastline that runs down on and off to the very southern Le Morne Peninusla. However, unless you’re staying in one of the many high-end hotels, you may feel a little cheated of the tropical paradise promised by the postcards. Development here is in overdrive with the result today being that Flic en Flac has lost its charming village feel and is threatening to become one long strip of hotels, expensive restaurants and souvenir shops. The beach, while gorgeous, can be litter-strewn in places and heaving at weekends when it plays host to throngs of locals from the central highlands who descend en masse for picnics by the sea.
That said, if you stay at any of the resorts outside the town, which includes all the high-end options, Flic en Flac offers some wonderful spots, great diving and a good selection of eating and drinking. Another advantage is that Flic en Flac is located a long drive away from the main coastal road, so you don’t have the constant stream of fast-flowing traffic that plagues other towns on the west coast. Flic en Flac is thought to be a corruption of the old Dutch name Fried Landt Flaak (meaning ‘Free and Flat Land’), and it’s easy to imagine how magical the place must have looked to explorers arriving in the 18th century.
Getting there and away
There is a bus from Port Louis to Flic en Flac and Wolmar every 20 minutes or so. A taxi from Port Louis to Flic en Flac will cost you Rs 400, and Rs 1000 to the airport.

Casela Nature Park is within walking distance of Flic En Flac: this 14-hectare park is on the main road 1km east of the turn to Flic en Flac. It is beautifully landscaped and has sweeping views over the coastal plain. The park houses some 1500 birds, representing species from around the world (some in rather small cages) including rare pink pigeons. There are also tigers, zebras, monkeys and deer living in a semi-reserve and giant tortoises, one of which is 180 years old. Children are well catered for with a petting zoo, playground and mini golf. Casela also offers 'safaris' by jeep, mountain bike or on foot around the nearby 45-sq-km Yemen Reserve, where deer, wild pigs, fruit bats and monkeys can be seen in their natural habitat; prices vary according to the different packages. Quad biking and rock climbing are also on offer. The park has a pleasant lunch-time restaurant serving drinks, snacks and more substantial meals to visitors offering fantastic views of the south western coast. Phone: +230 452 0693 Opening hours: 9am to 5pm daily. On A3 south of Bambous."
Source: Lonely Planet Guide
Nearby facilities for hire / activities include:
Kayaks, sailing boats, diving gear. Deep-sea fishing, surfing, kite-surfing, catamaran excursion to see dolphins, windsurfing, horse-riding/hiking/mountain-biking (Les Ecuries de la Vieilles Cheminée at Chamarel), Quad biking excursions and Via Ferratta with Casela/Yemen Nature Escapade. Sightseeing at Parc National Black River Gorges, visits to Casela Leisure Park - 1500 different birds, elands, zebras and wallabies, Park Adventure (sport and entertainment), Riverland (tennis, restaurant and swimming pool). Golf enthusiasts will enjoy Tamarina Golf Estate(10 minutes by car), 18-hole course Le Paradis Hotel, Le Morne ( 25 minutes by car. ) There is also a choice of restaurants including the famous Domaine Anna (10 minutes by car), set in a beautiful tropical garden accessed through a sugar cane plantation, offering exceptional Chinese cuisine.
Flic en Flac – Beach
Situated on the West Coast, the beach is fringed with filaos/ casuarina trees provides a fine lagoon for swimming and watersports. “
Source: Mauiritus Delight.com

FLIC EN FLAC is a great value, cost-effective all-year round travel destination in Mauritius with a wide range of furnished seaside holiday apartments, flats and villas to rent, best discounted hotel and budget deals accommodation with nothing better than a stroll along the stunning tropical beach, one of the very best on the island:

Within walking distance is Casela Nature and Leisure Park, an un-missable family day out including activities such as mountain / quad biking, rock climbing, nature walks spotting wild boar, giant fruit bats, Java deer, safari photo shoots, Aviaries with over 1.500 birds and a restful restaurant with fantastic views of the south western coast. Phone: +230 452 0693 Opening hours: 9am to 5pm daily. On A3 south of Bambous.

GRANDE BAIE (BAY) is situated within an area of sheltered bays and beaches where water sports and fishing complement the shops, bars, restaurants situated near the waterside. It is the earliest and traditional centre of tourism in Mauritius. It was once a small fishing village and is now a lively and largest resort - a popular tourist destination situated on a picturesque horseshoe bay in the north of the island. A shopping and leisure paradise and the area where Mauritians head for when they want a fun-filled night out!

The town is also the main departure point for trips by boat to the Northern Mauritian Islands of Coin de Mire, Ile Plate and Ilot Gabriel. Local buses run between Port Louis (Capital of Mauritius) and Grand Bay every half hour during the day. Ile Au Cerf, a beautiful island located off the east coast of Mauritius, is also easily reached from Grand Bay.
Inland and nearby is the beautiful

Sir Seewoosagur Ramgoolam Botanical Gardens at Pamplemousses where shaded walkways, streams and ponds border a fine collection of indigenous flora. The garden’s origins go back to 1735 when it was used as a market garden to provide fresh supplies to ships calling at Port Louis. The gardens are one of the most visited attractions in Mauritius. Opened as a private garden by the French governor of Mauritius nearly 300 years ago, they served as a major horticultural research centre for the French and British during the colonial period. Today they are home to dozens of varieties of palm trees, as well as medicinal plants, fish ponds, and an amazing collection of
Queen Victoria water lilies.

Shopping
A 15minute drive from Grand Bay is Port Louis the capital city of Mauritius where, in and around the central market is a souvenir and bargain-hunter’s dream where you can bargain for saris, spices, sandals, beachwear and intricately woven wall coverings from India as well as buy fresh fruit and vegetables from one of the many stalls for a few rupees. 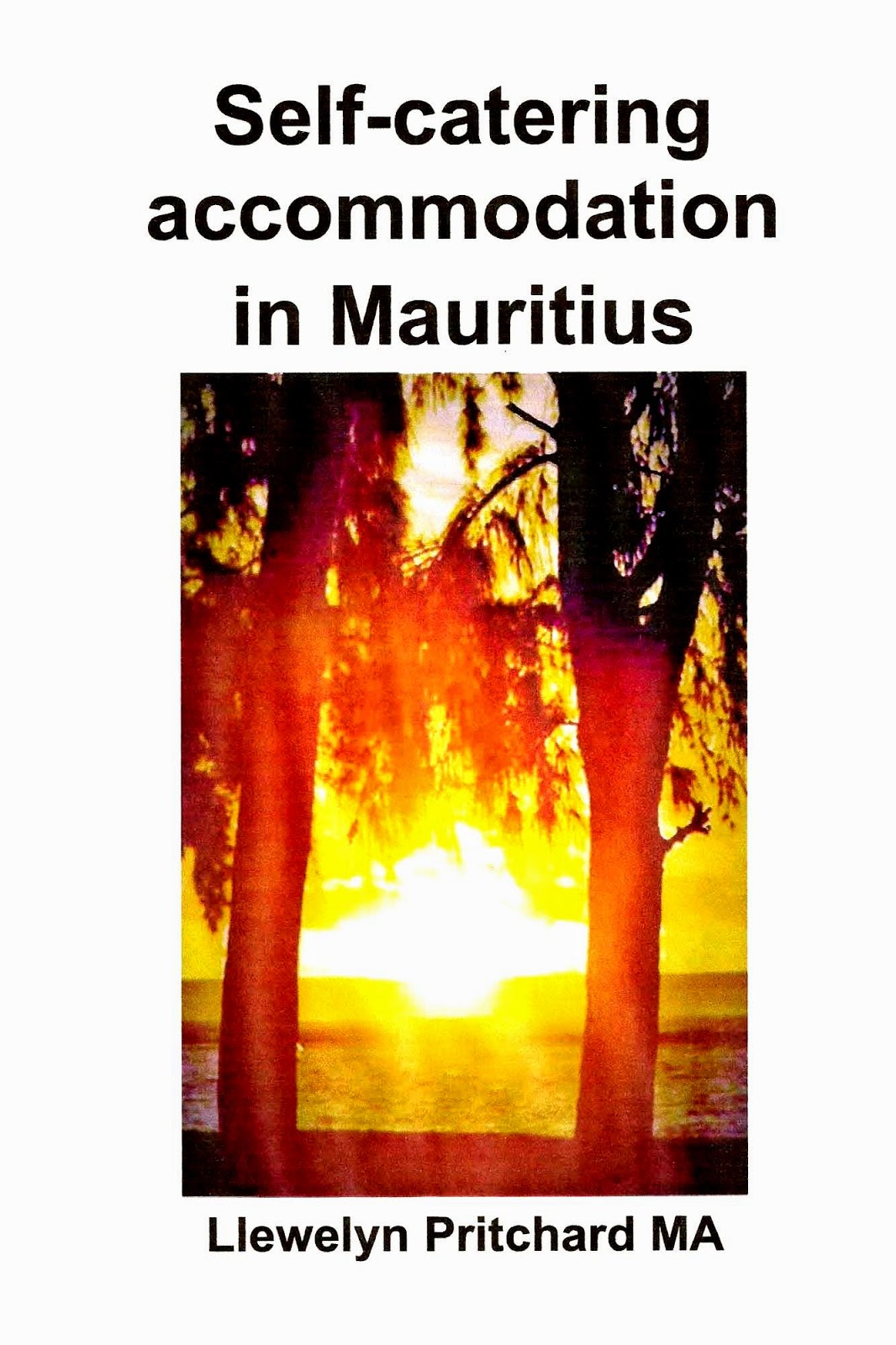 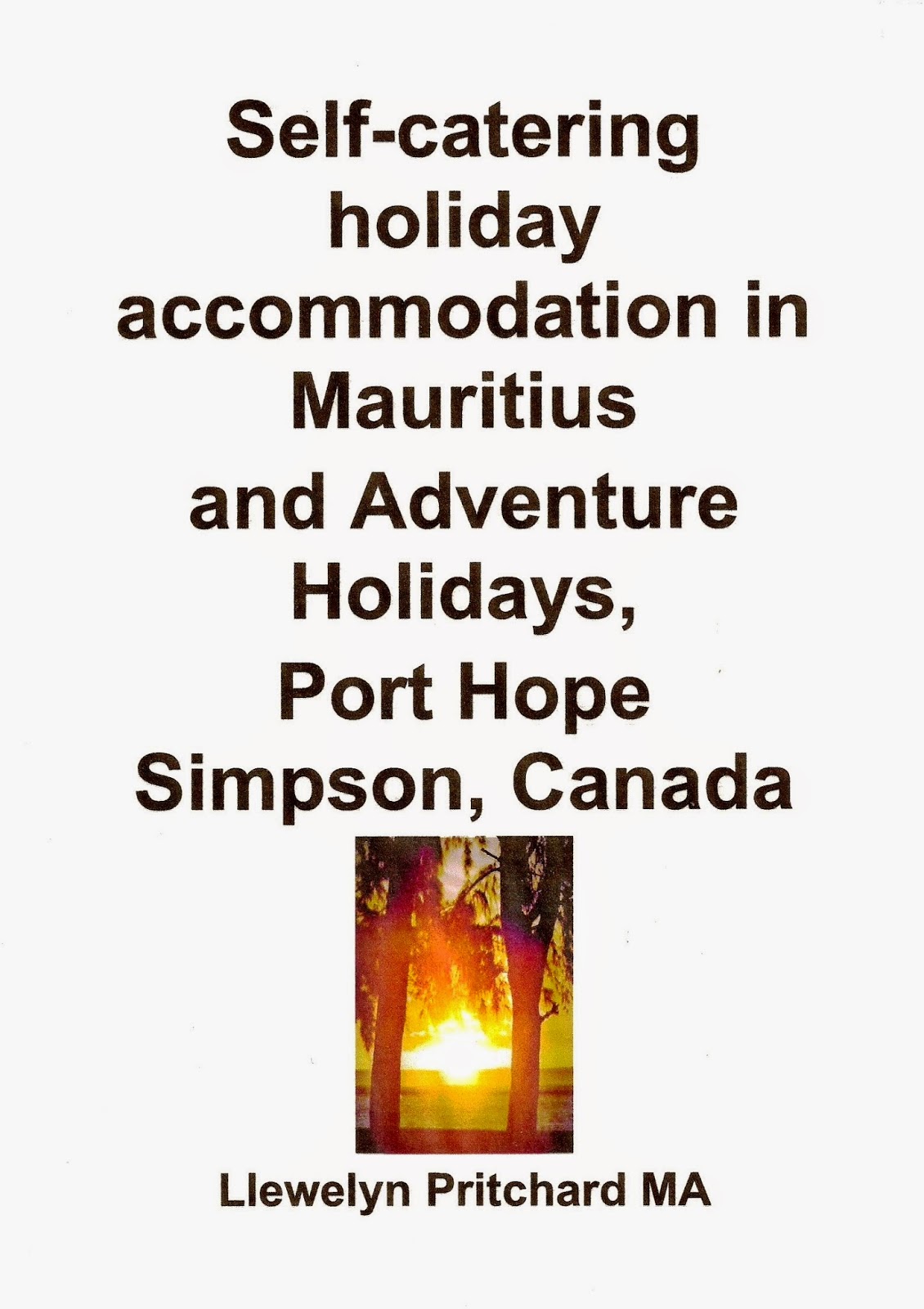 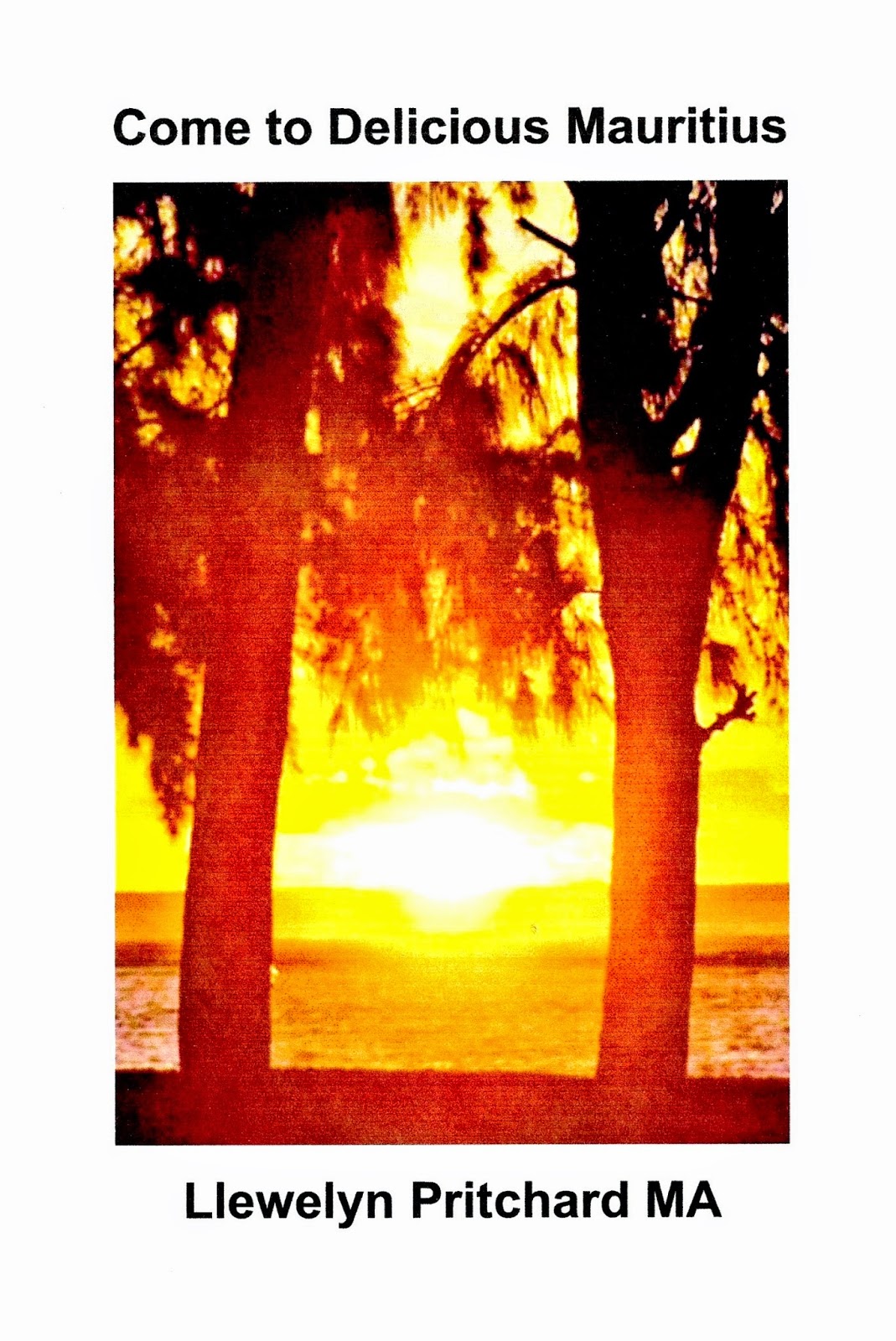 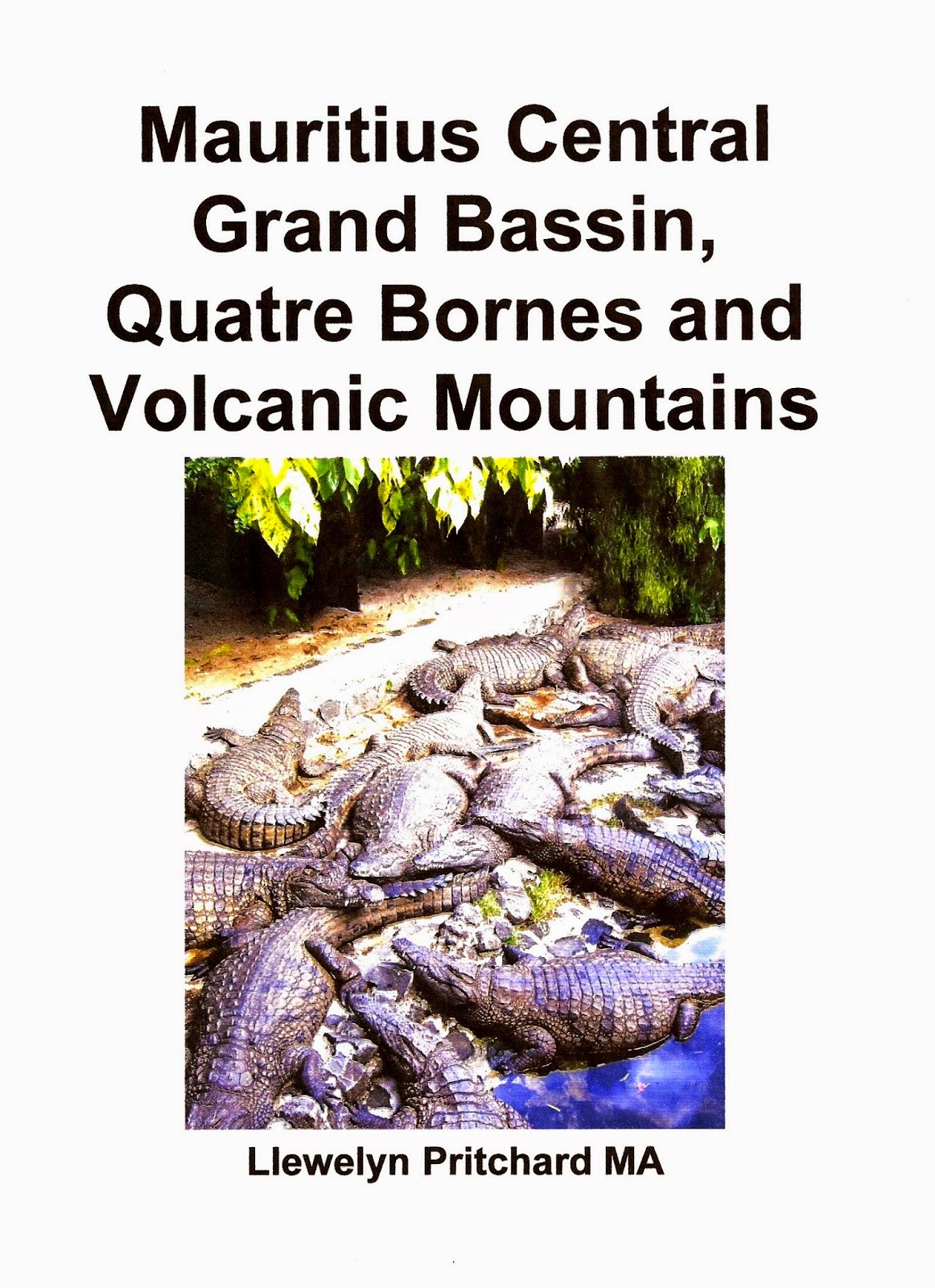 https://www.createspace.com/3744466 Mauritius Central Grand Bassin, Quatre Bornes and Volcanic Mountains. Mauritius Central. Mauritius is a tropical Island Situated in the Indian Ocean. With mountains of volcanic origin and sandy beaches surrounded by coral reefs this Souvenir Collection of Colour Photographs with captions portrays an interesting range of attractions and activities accessible from the centre of the island, includes Map of Mauritius. Llewelyn Pritchard M.A. ISBN-13: 978-1468056488 ISBN-10: 1468056484 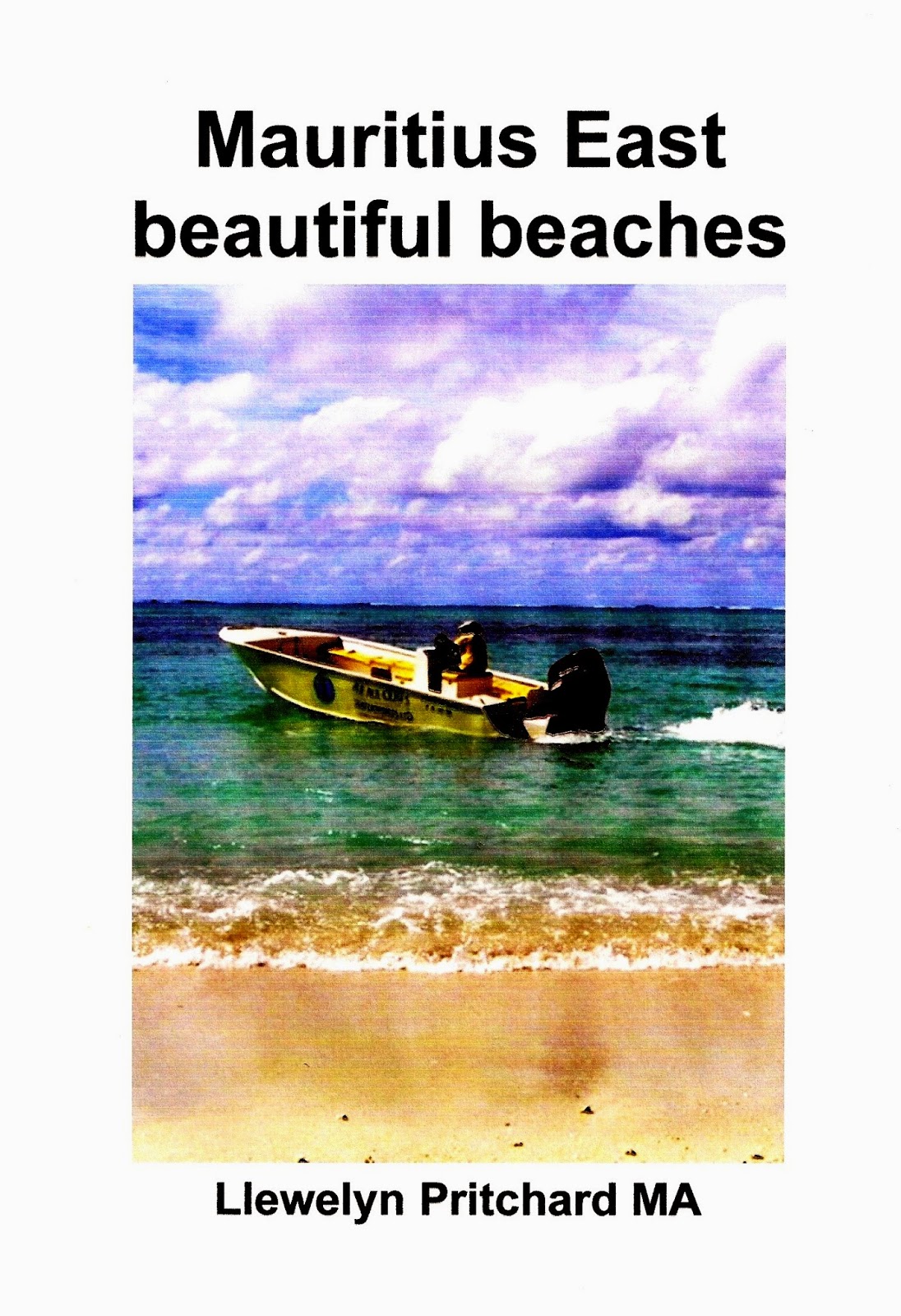 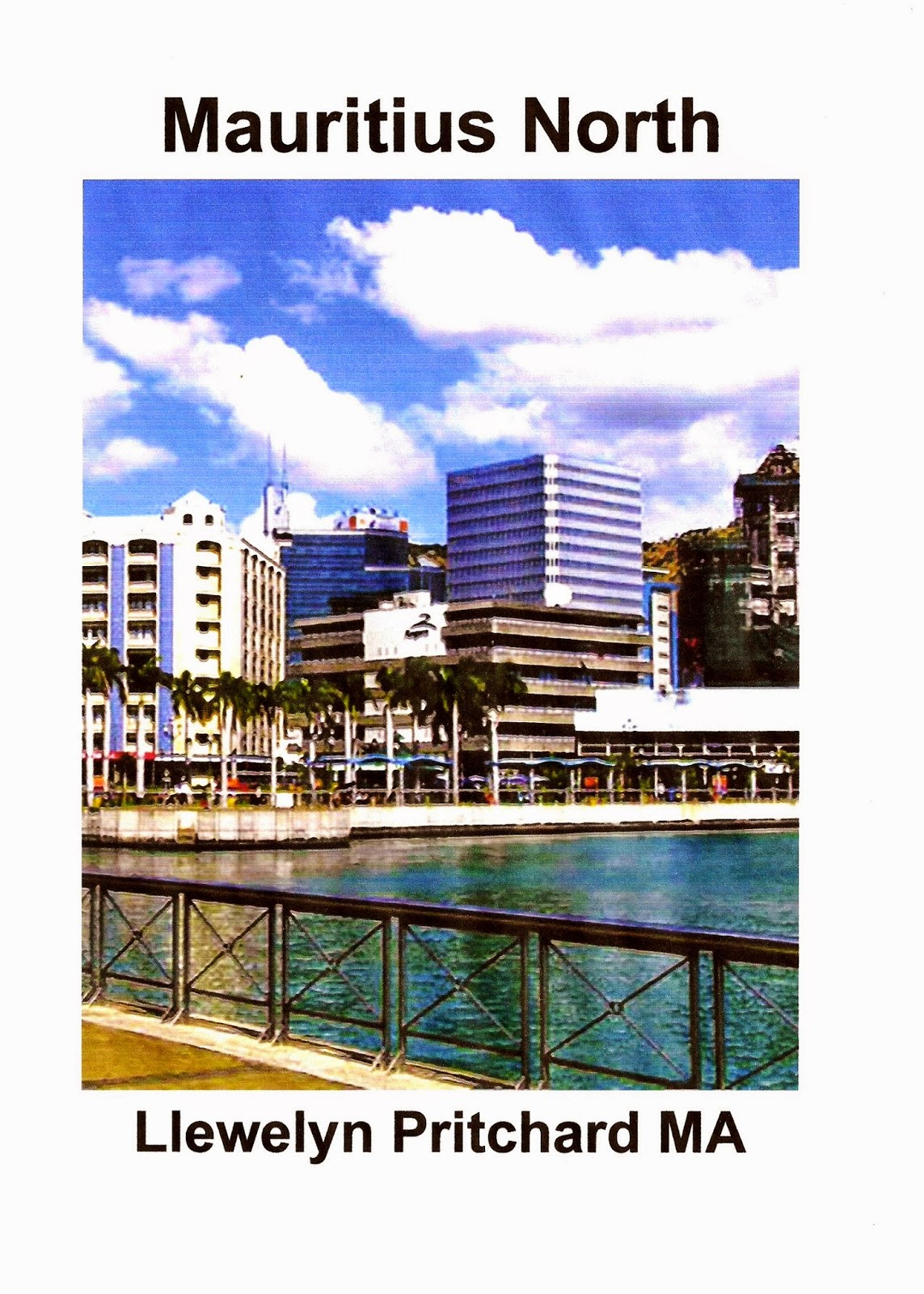 https://www.createspace.com/3744393 Mauritius North Port Louis, Pamplemousses and Riviere du Rempart. Mauritius is a tropical island situated in the Indian Ocean. With mountains of volcanic origin and sandy beaches surrounded by coral reefs this Souvenir Collection of Colour Photographs with captions portrays an interesting range of attractions and activities accessible from the north coast of the island; includes Map of Mauritius. Llewelyn Pritchard MA. ISBN-13: 978-1468055948 ISBN-10: 1468055941 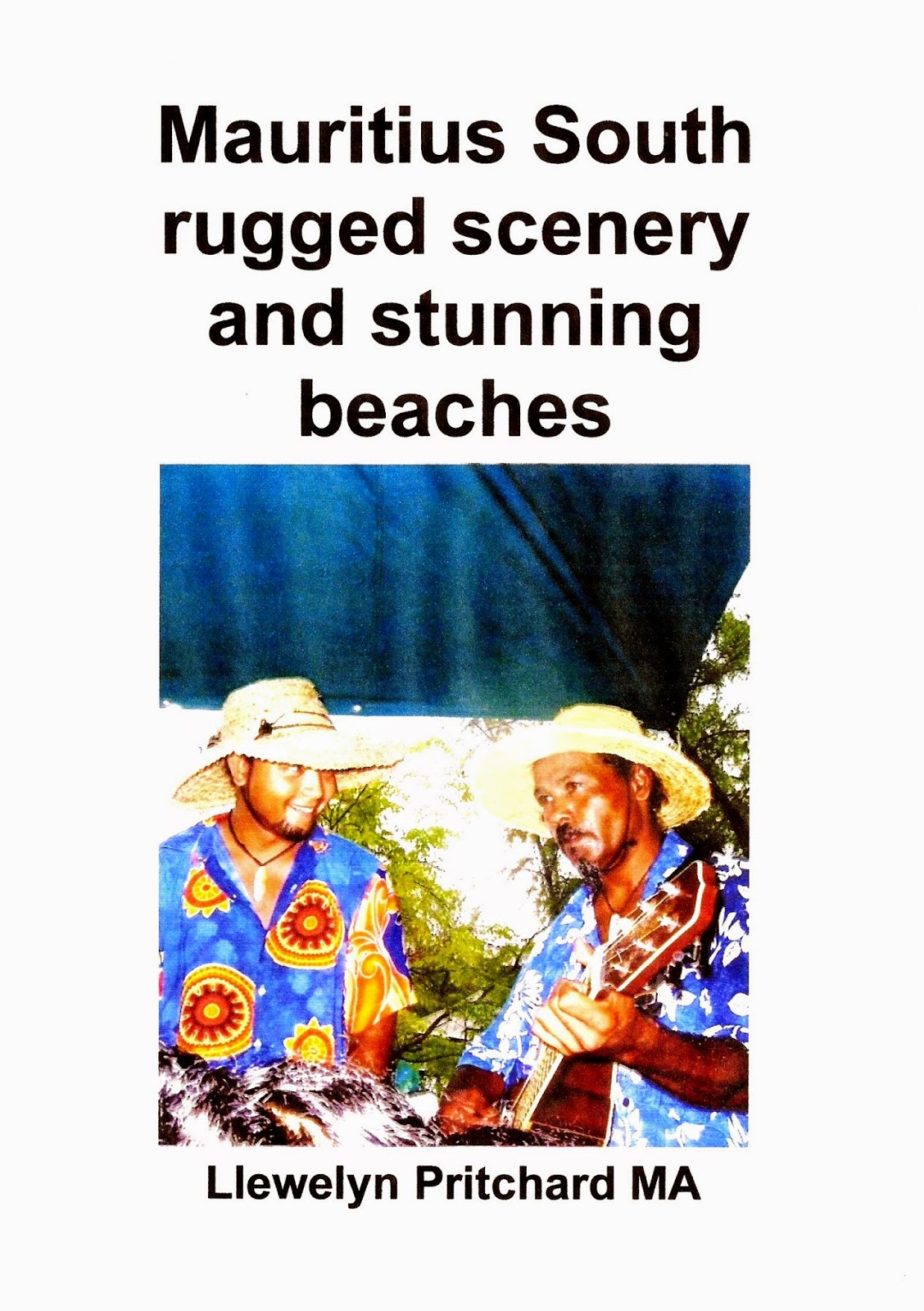 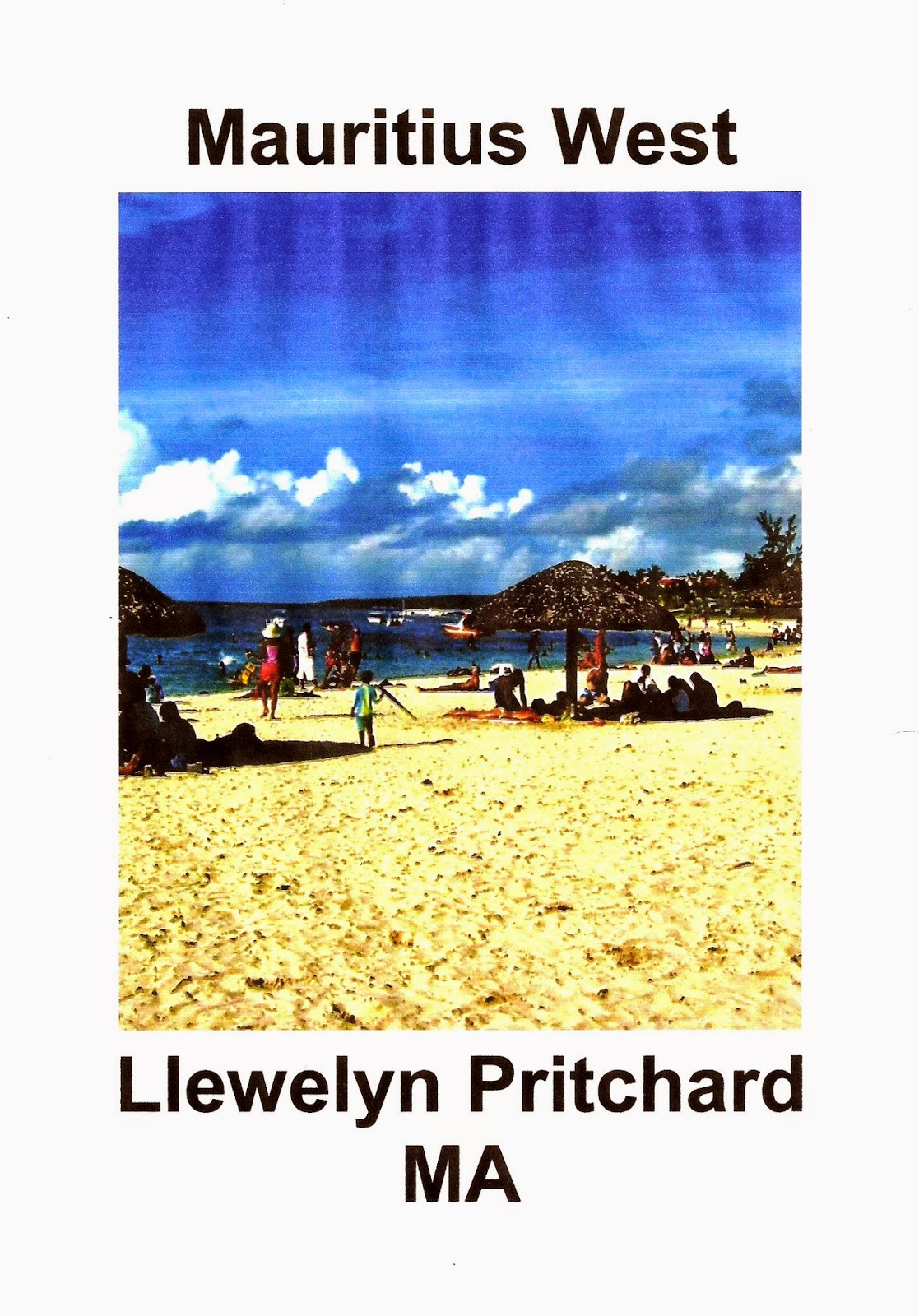 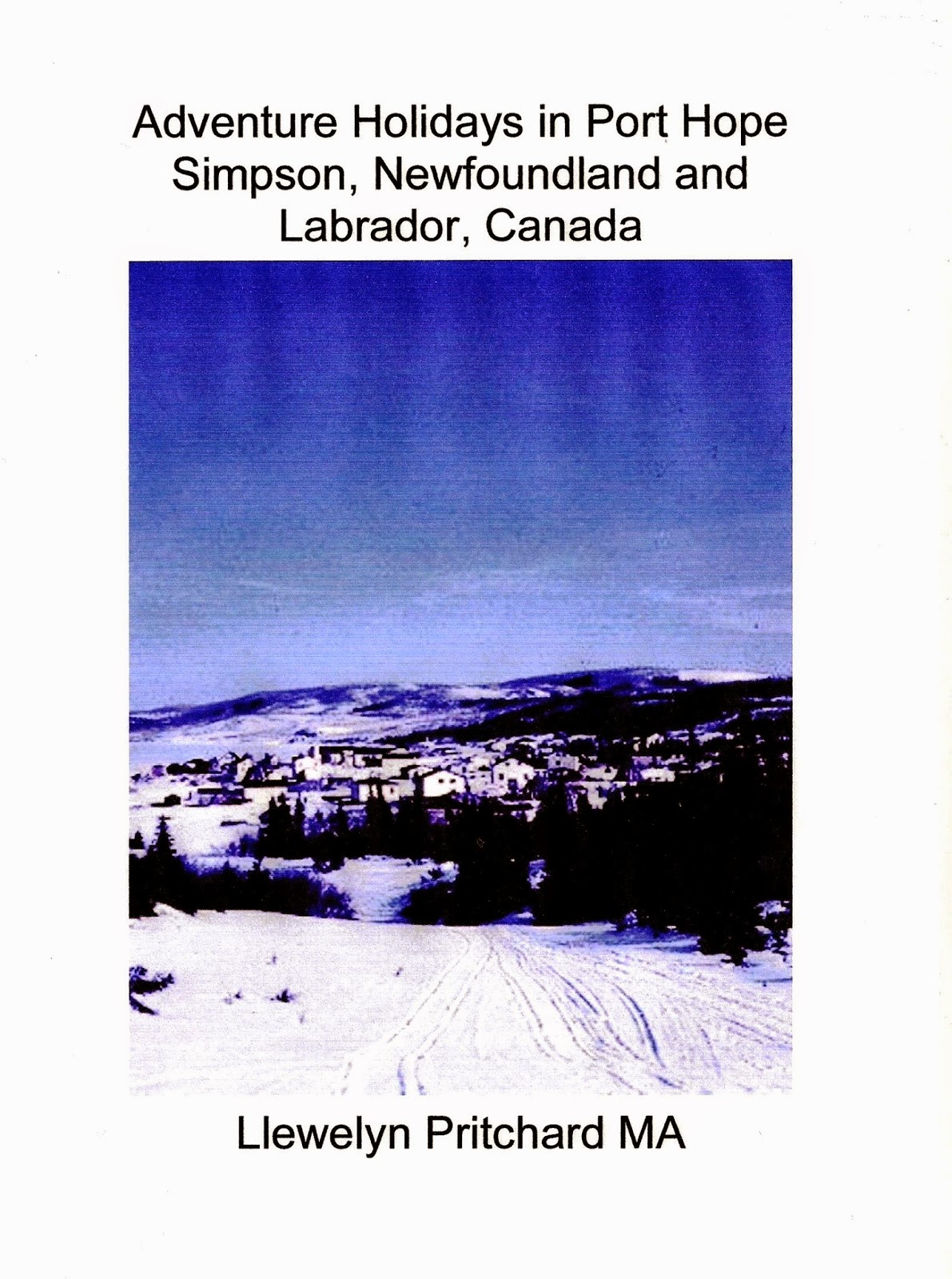 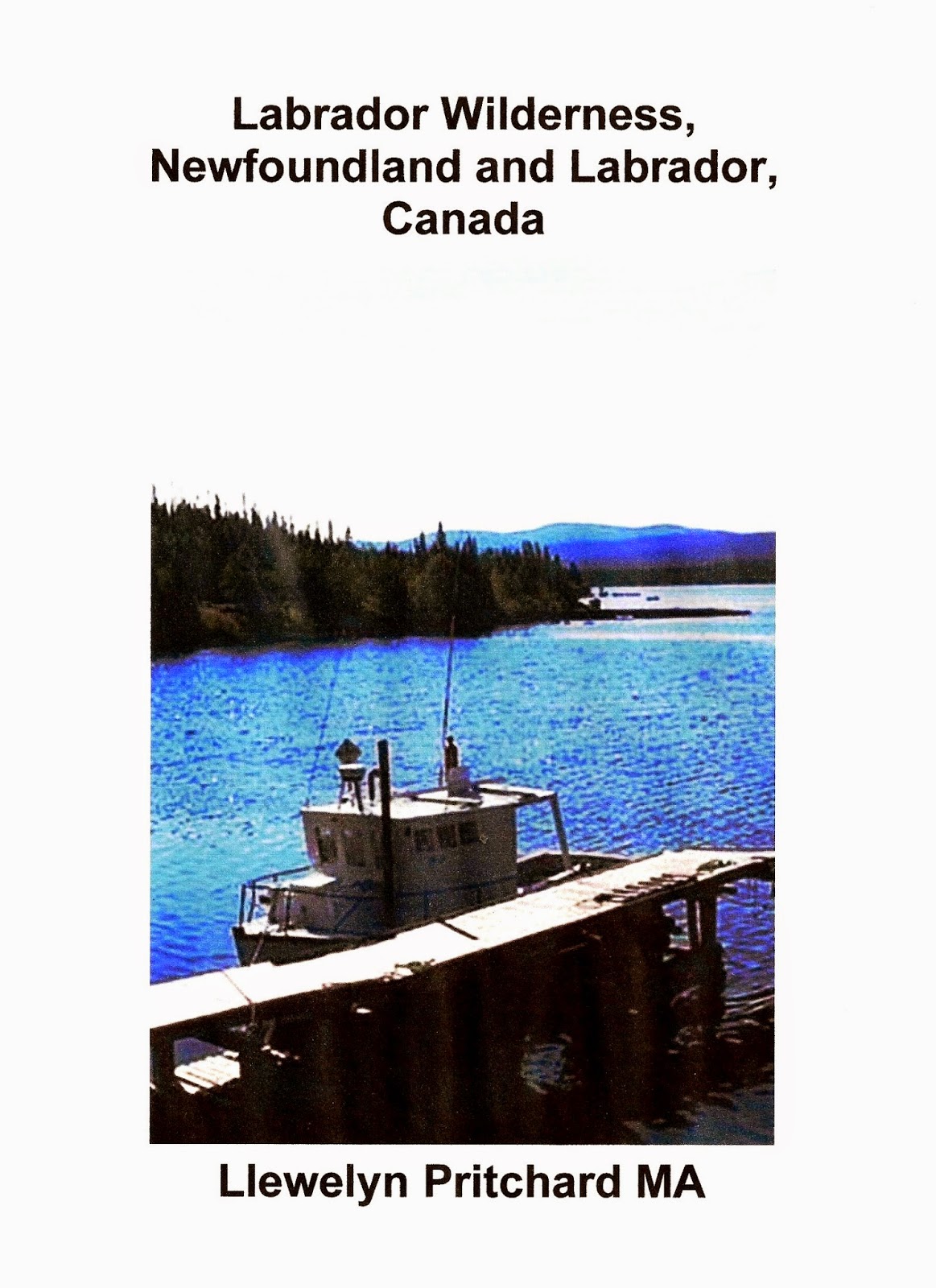 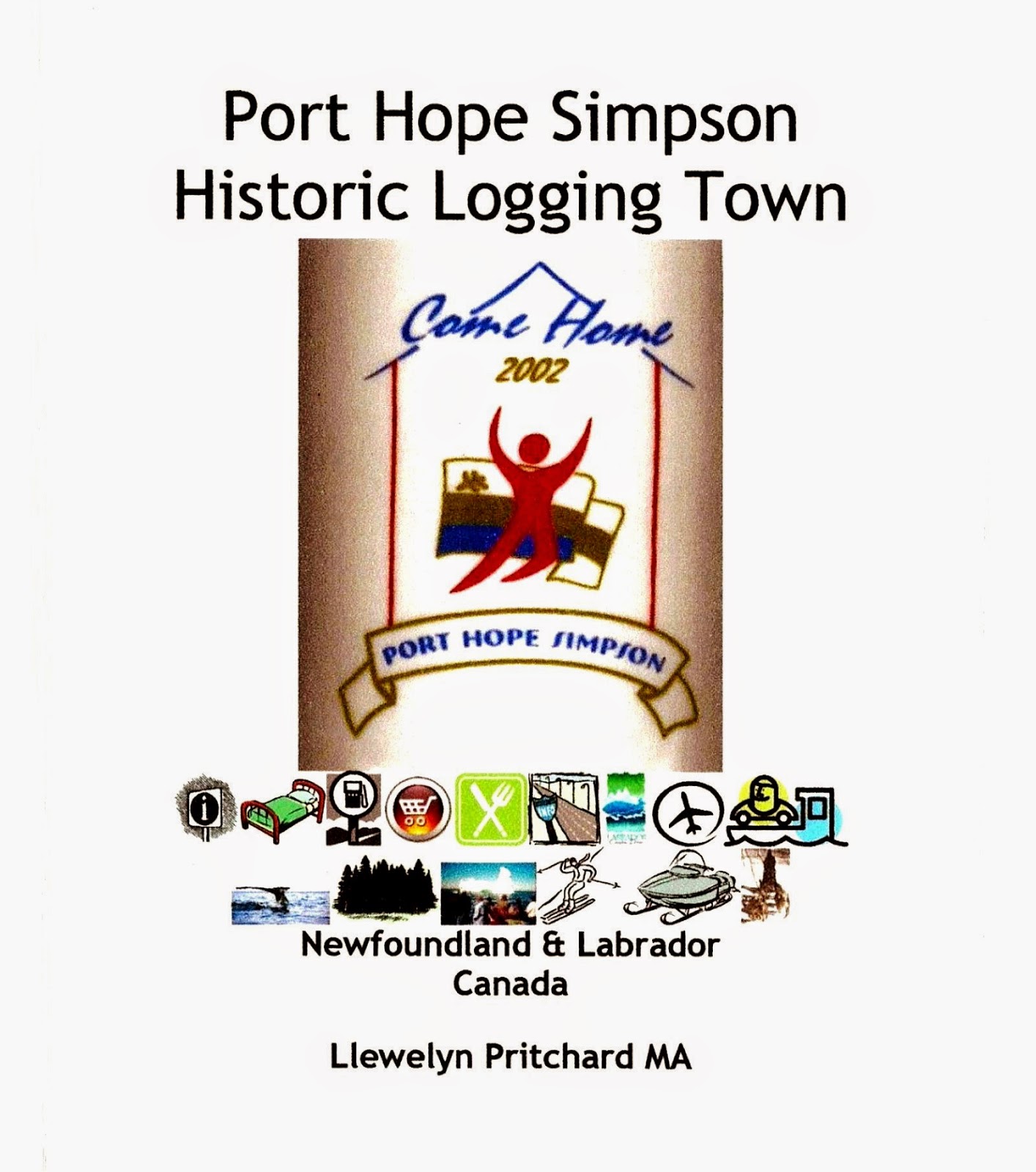 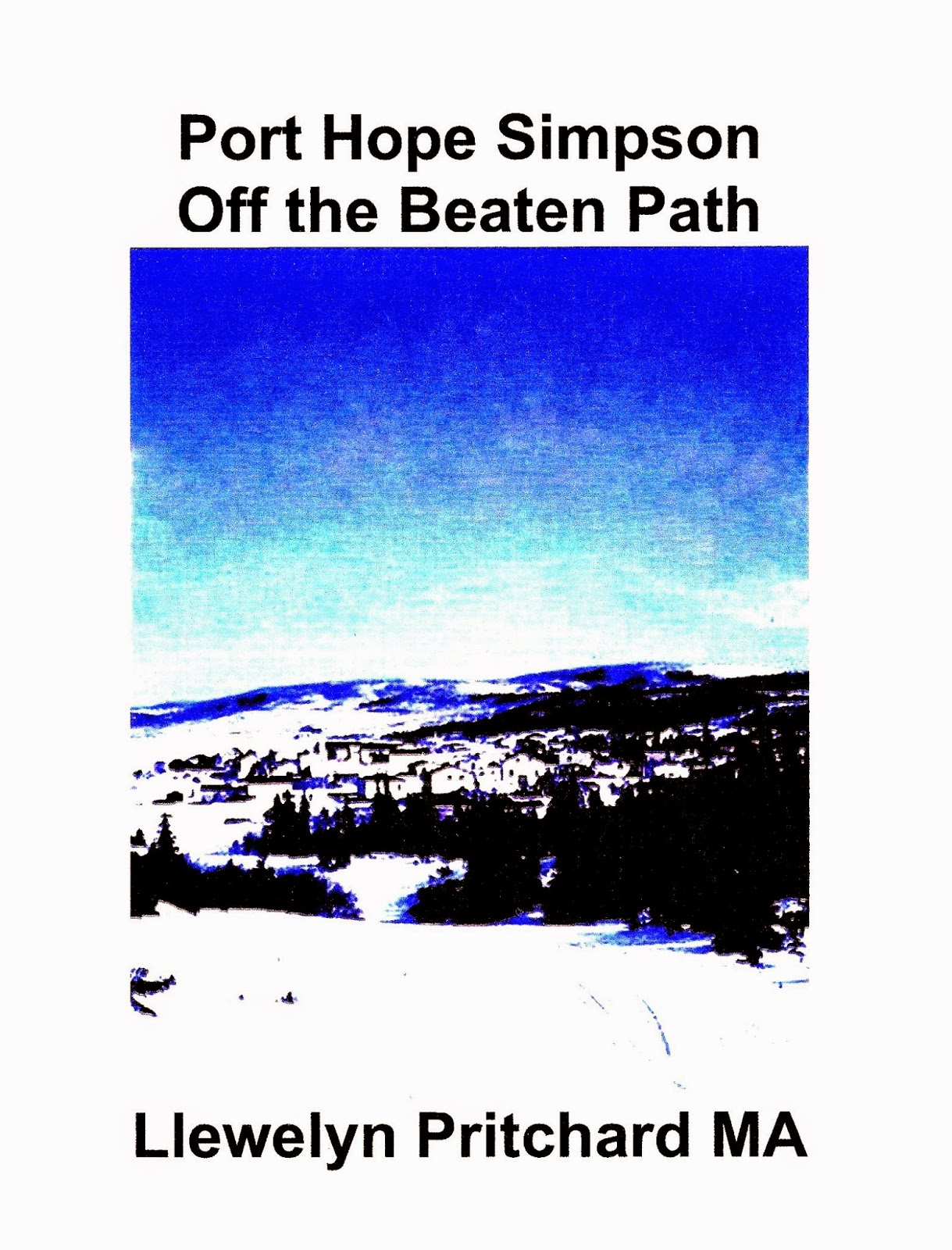 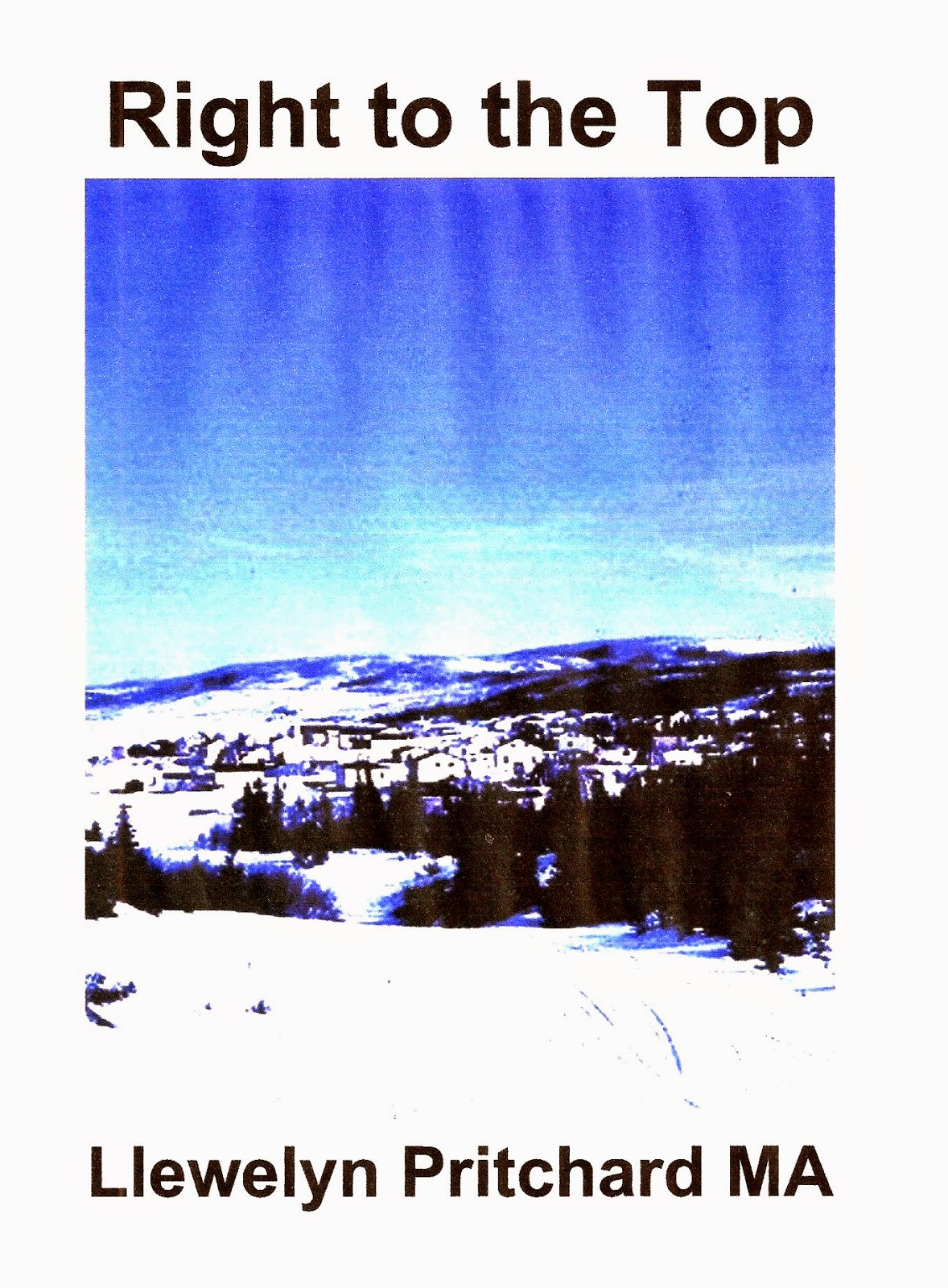 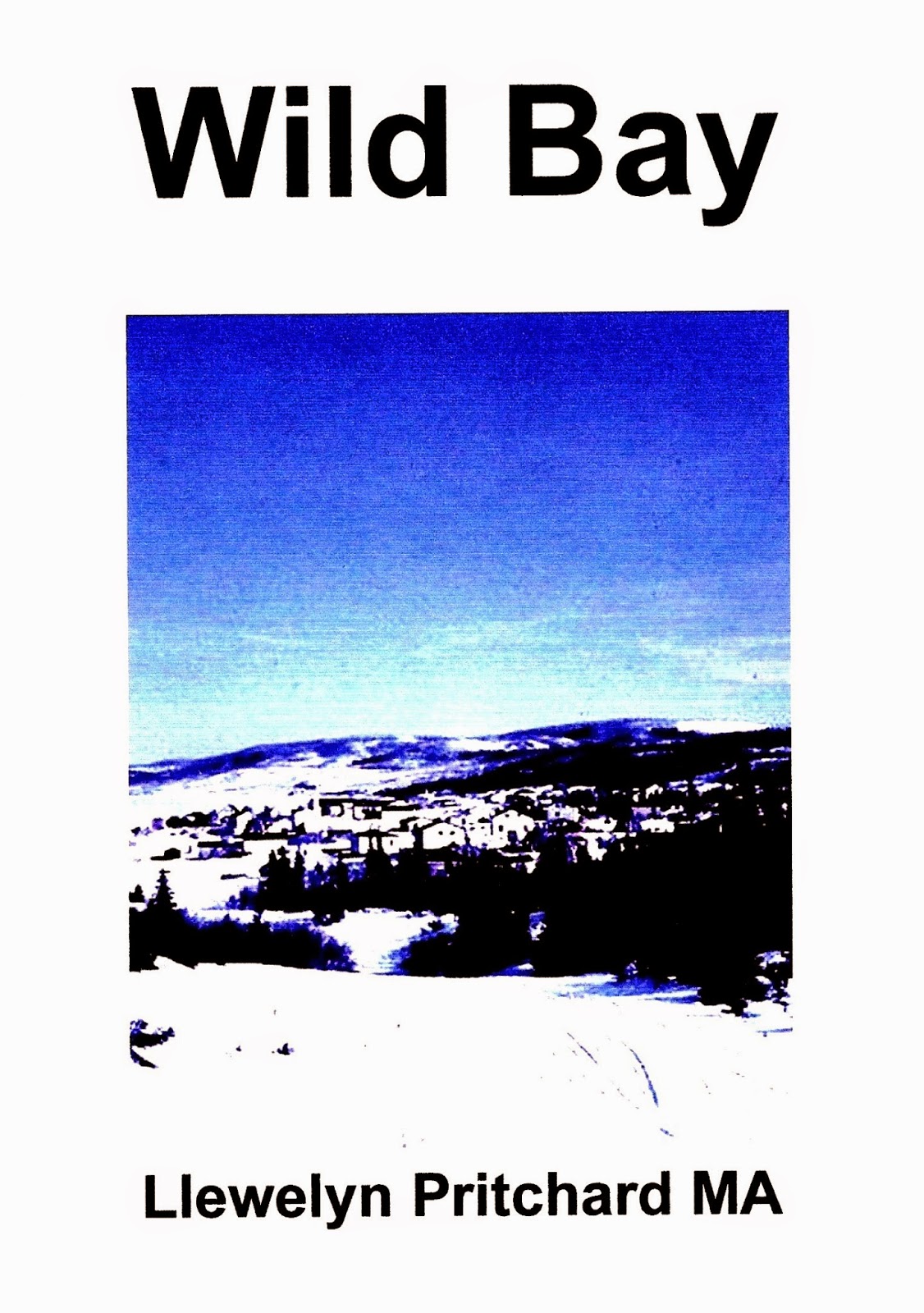 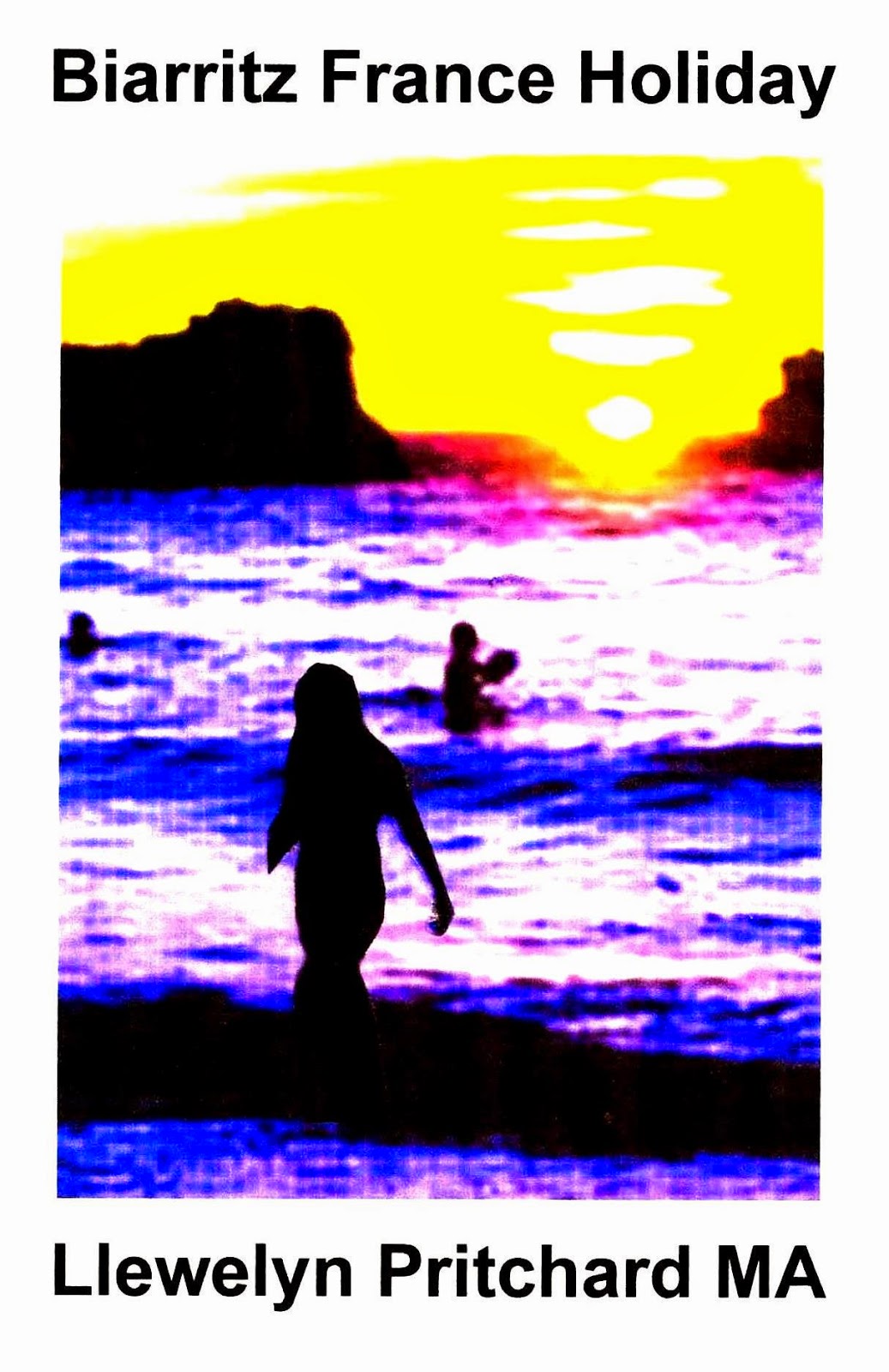 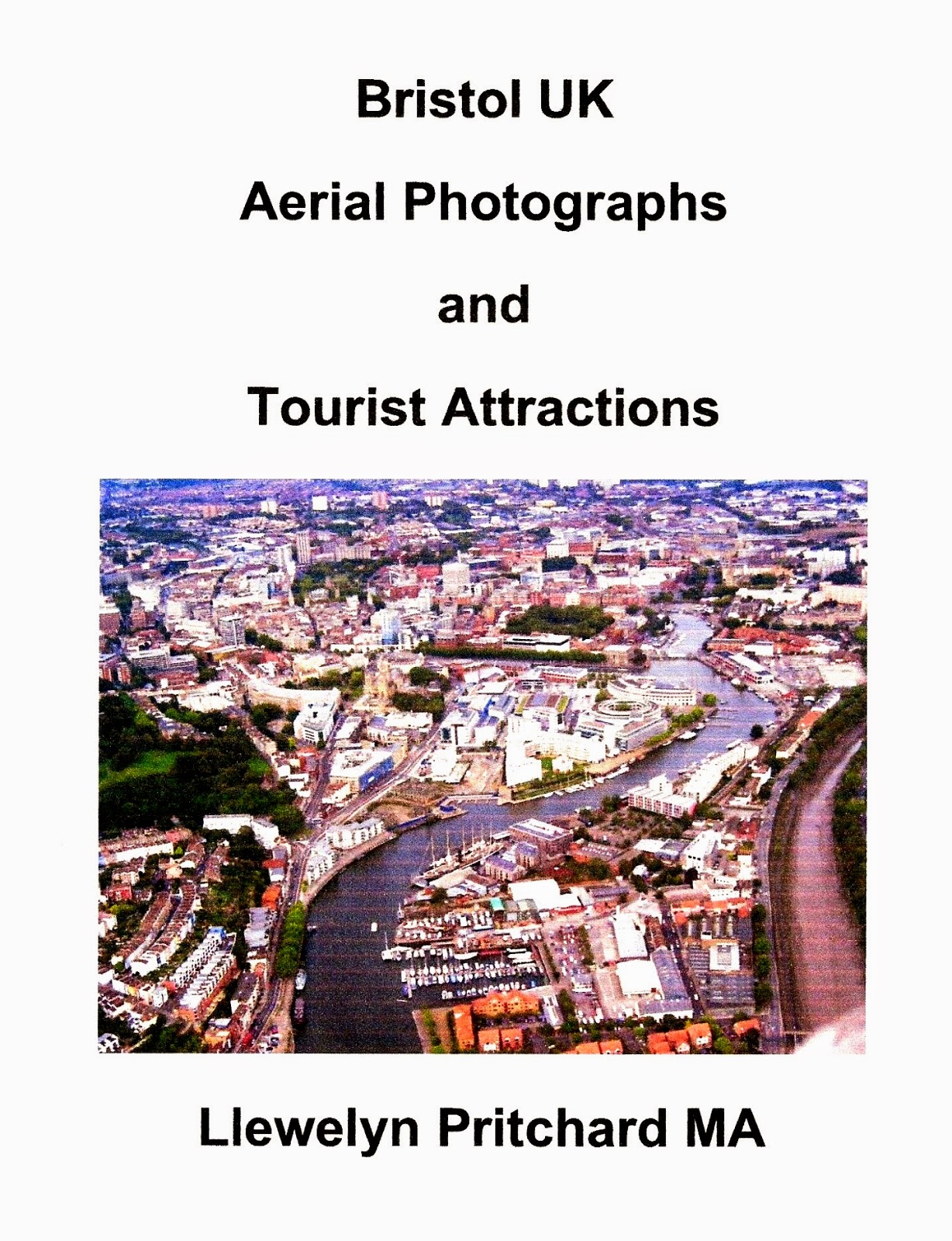 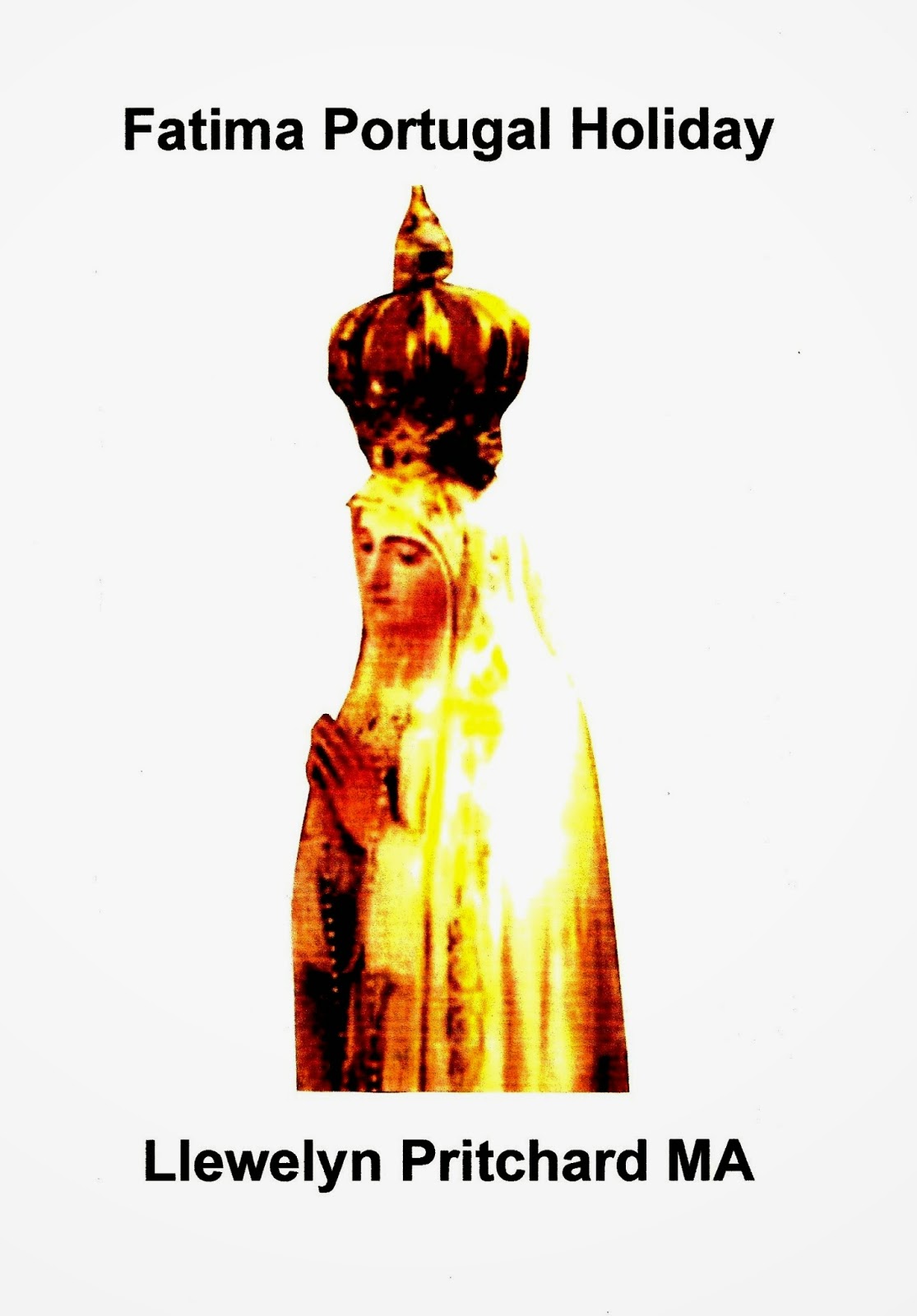 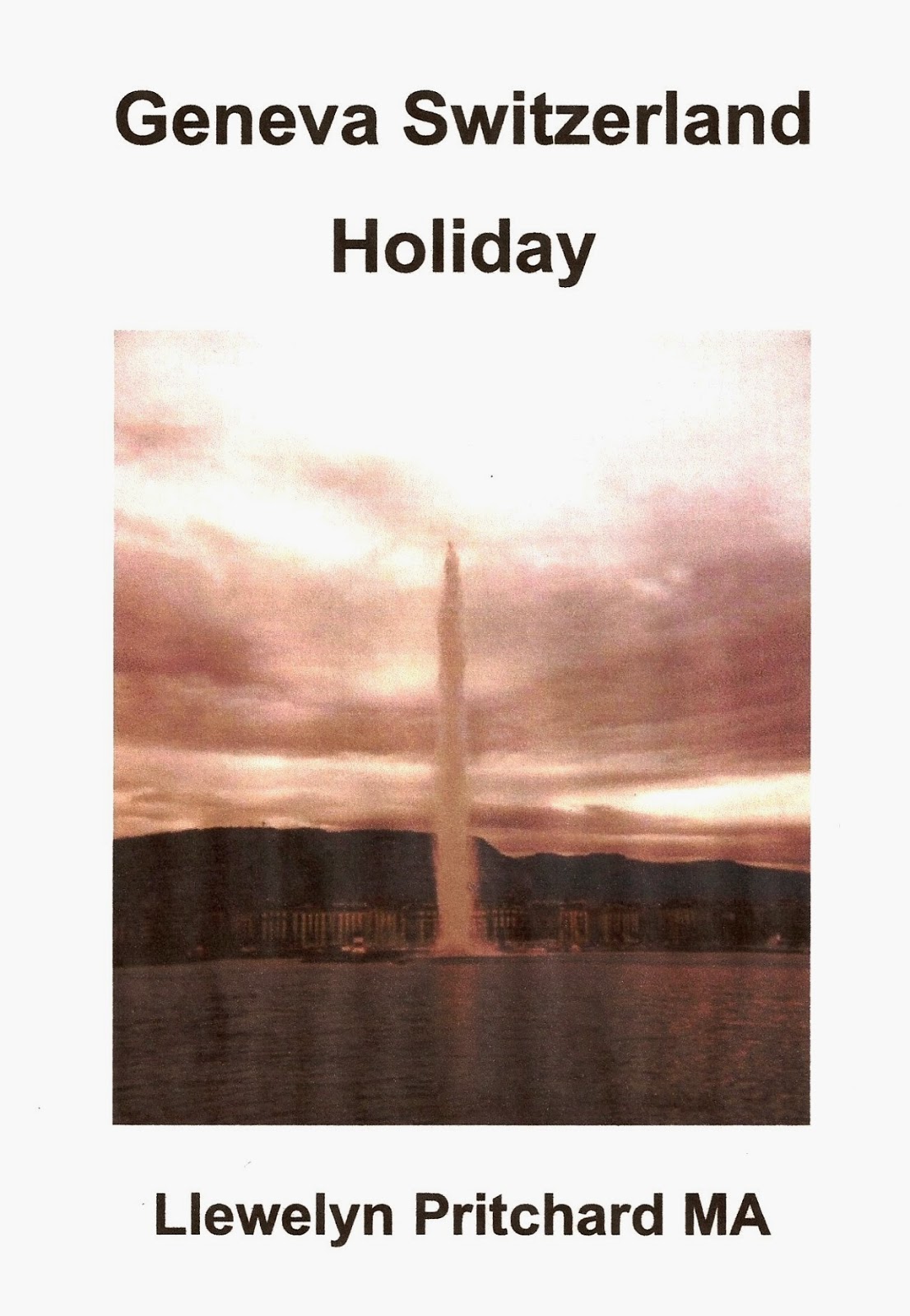