Target Travel faces being closed down and its directors could be banned from being involved in managing transport undertakings for up to three years after the outcome of a public inquiry into the Firm.

Exhibit D: Lipstick and rifles--Ukra…
“Focus on the possibilities for succe…
تعريف الأزمة المالية العالمية
Being a (Goth) Black Sheep … and Brin…
Hey You, Finish 2019 Strong

In a written decision running to 13 pages made available to the media today Traffic Commissioner Kevin Rooney found that the firm had failed to properly maintain some of its vehicles, had treated disabled people with contempt and had inappropriately used a pot of money to buy new buses including putting down a sizeable deposit for a new Argyle team coach at the expense of properly maintaining other vehicles in its fleet.

The Commissioner concluded that the firm was no longer of sufficient Financial Standing to continue in operation and ruled that the firm and its two directors were no longer of good repute. The Commissioner has revoked the firm’s operating licence from 16th February 2020, although he has indicated that if local authorities who have school contracts with the firm need more time to find alternative suppliers an ongoing Target Travel service with restrictions might be allowed until 30th March 2020.

Concurrent disciplinary cases against a past and current transport manager at the firm were dismissed with it being ruled that their good reputations remain intact and that one of them had not been properly supported by the firm when he was in the role.

The public enquiry was called after complaints raised by Devon County Council that Target Travel were frequently using buses on public transport routes which did not comply with the stipulations of the Disability Discrimination Act. Old buses with stepped access were being used making them inaccessible for disabled people.

The Council also reported the firm for using a vehicle on a school run which was not displaying an Operator’s Licence.

The public enquiry also heard that one of Target Travel’s vehicles was discovered to have multiple defects when inspected after a collision on the B3257 on 15th July 2019. Although the defects had not caused the collision and the driver did not appear to be culpable for the collision, it was nonetheless a cause for concern that so many defects, some of them potentially serious, were found.

The vehicle examiner found a number of pre-existing faults that had been present before the collision. These were-

The Commissioner ruled it was “inexcusable” to use a vehicle with defective tyres. He also ruled that Target Travel showed “a clear contempt for those passengers who have mobility issues” by running some vehicles on Devon routes which did not have proper boarding access for disabled people.

The Commissioner also criticised the decision to use funds, which should have been kept back to show good financial standing, for the purchase of eight new vehicles including a large deposit on a new Argyle team coach.

The Traffic Commissioner ruled that Target Travel’s Managing Director Robert Risk “chose to use the money identified as financial standing to buy no fewer than eight vehicles including putting a large deposit on an expensive football team coach. That shows a recklessness which appears to have contributed to inaccessible vehicles being used on registered bus services and to vehicles being operated with bald tyres. With full knowledge of the financial standing requirement, Mr Risk chose to be non-compliant almost immediately and has been non-compliant ever since.”

The Commissioner concluded “I ask myself whether or not this is an operator I can trust to be compliant in the future. The behaviour in relation to financial standing is enough on its own to answer that in the negative and such a conclusion is supported by the attitude to DDA compliance. In considering whether it is so bad that it ought to be put out of business, I cannot ignore the condition of the bus in service, MX09AOE. Whilst the defects did not contribute to the crash, they were dangerous and could well have done so in different circumstances. The operator and both its constituent directors have forfeit their good repute. This is a case where it appears to me that the company and its constituent directors require a period of reflection away from the industry. 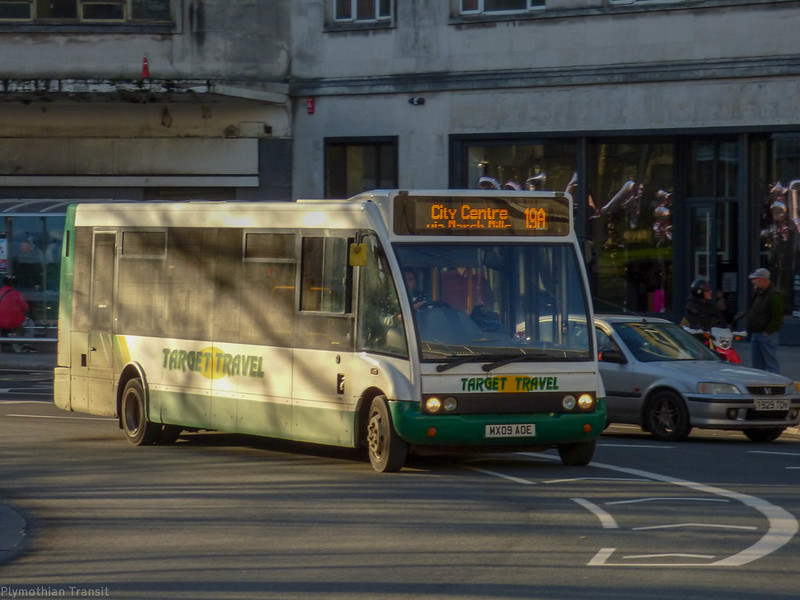 “I say that because of the matters I have identified above. The Senior Traffic Commissioners Statutory Document would suggest that a period of 1 – 3 years is appropriate. I did not hear submissions on the effect of disqualification on the operator and I invite them now. I will defer my decision on disqualification until 17 January 2020 to allow submissions to be made.”