Paradise so idyllic that only a few tourists know about it. That's what Tutulakan River is. Roughly three hours of commute from Metro Manila, General Nakar's attractive secret is neither frequented by those in Quezon Province or by neighbors from Laguna and Rizal. Veiled by a swath of the Sierra Madre in the village of Pagsangahan, it's so secluded that even the daily throng of camped out tourists in Tinipak River don't know that it's just a 30-minute hike away. It's an emerging attraction in the sleepy hamlet of Cablao where the locals are friendly and peaceful.

As part of TuristaTrails.com's outreach project and in support of a movement to save the Sierra Madre from the threat of destruction known as the Kaliwa Dam Project, I set out with two environmental advocates to this Quezon Province destination. With a vat of cooked binagkat, we had neighbors get the word out to kids in the community that there was a tasty merienda and sets of of bath essentials (collected from various hotels and resorts) to be given away. The real agenda, however, is to empower the local guides by letting them know that in their backyard lies a gem of a getaway for weary city dwellers and they can be its effective custodians.


Off-Grid Not For Long

Tutulakan is actually part of the mighty Agos River that runs through General Nakar, a town that once was a bastion of the New People's Army (NPA). The latter's insurgency in the '70s, '80s, and '90s had the area get caught in frequent misfires with the military, pushing away any form of development like roads, bridges, and livelihood.

As a result of the entry fee being agreed upon by Rizal's Daraitan-based tour guides and the General Nakar Cablao Outdoor Guides Association (GENACOGA), a cemented pathway next to Tinipak River has been built by residents of Cablao to make their daily grind easy since the neighboring village of Daraitan is a convenient passage way for them to various commercial districts in Rizal and Laguna. The new development is also making the previously rock-studded pathway an easier hike for less agile tourists of Tinipak Spring and Rock Formation.


How To Reach It

Reaching Tutulakan River from Rizal is done through the same route to reach Daraitan. Once you're in Tinipak Spring, simply follow the hike trail that Cablao residents also tackle on a daily basis. A good 5 to 10 minutes of the hike will lead you off the trail for 20 more minutes to another one that descends to a woodland terrain all the way to the Kibagbagan River. This winding river that flows directly from Tinipak River is shallow and boulder-filled in scattered places, but once you notice the rocks piling up, you'll also see the massive rock wall that serves as a cathedral-like entrance to Tutulakan River.

The river's exact depth is currently unknown but GENACOGA guides peg its deepest portion at roughly 26 feet which makes it calm at the surface. Since the water is pristine, the emerald blanket easily makes the tourist bamboo raft pop out regardless if it's sunny or raining. 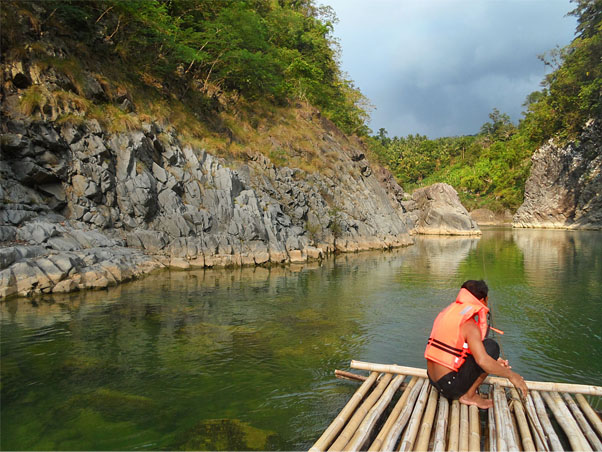 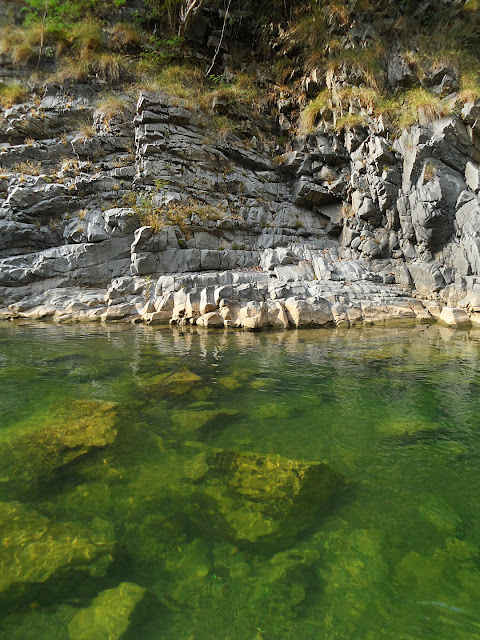 The more adventurous visitors find the area spectacular for cliff-diving. I, however, had to challenge myself in another way to experience its beauty. Since I don't know how to swim, I tested one of the pair of life jackets donated by a sponsor that supports the Save The Sierra Madre Movement. I got on top of the raft and took my time gazing at the pleasant surrounding. As the guides hustled their way through the short span of river in the effort to move the raft from one spot to another, I jumped off onto the deceptively calm water and held on to the side of the moving balsa.

At one spot of the short cruise, we stopped and I had the chance to just relax while floating in reckless abandon of deadlines, bills, and heartaches. With my back slightly submerged underwater and my face against the afternoon sunshine, I realised that having such a blissful moment was possible without having to fly to distant regions in the Philippines. 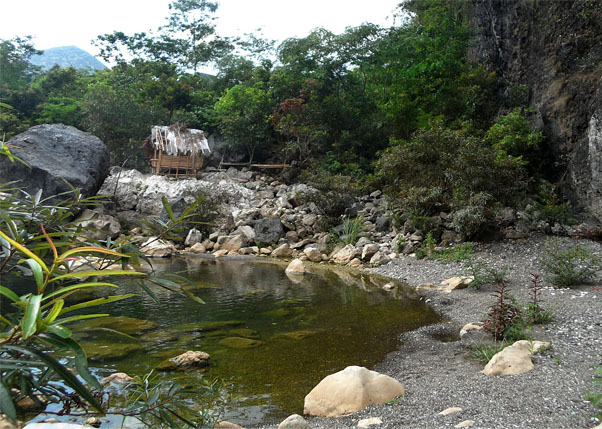 Visitors of Tutulakan River can opt to stay at Kuta Bungliw Eco Camp or arrange homestays with residents of Cablao which has rustic homes that rely on solar energy for power.

Since the area is located in General Nakar, guides from GENACOGA are the only ones advised to take tourists for a visit of the attraction. They are also the ones who will accompany travelers who will choose to camp out at the site for convenience. As of this writing, a restroom at the site is being planned for campers and day tour visitors.

The Threat of The Kaliwa Dam Project

The future of Tutulakan River is an enigma for now. It's shrouded in mystery as to whether it will still be there or not when the questionable Kaliwa Dam Project is not discontinued by the incoming Philippine administration. Advocates of the Save The Sierra Madre Network contend that it will be submerged in dam water as with all the areas past it from General Nakar, including Daratian and other rural towns in Rizal and Laguna if the Aquino-signed project is pursued. Sand from the mountains may also eventually affect the quality of beach sand in the coastlines of Quezon Province should the project be in favor of energy generation.

One's adventure in this remote mountainside attraction has value to the future of a generation of Filipinos. Your visit can spell a bright one for the community and create a spark of goodwill across the CALABARZON region. You just have to be there and see it for yourself.

• Option A - Ride a Tanay-bound van or jeepney. From Tanay, continue the trip aboard a Sampaloc-bound jeepney. Hire a tricycle ride from Sampaloc to Barangay Daraitan.

• Option B - Ride a Cogeo-bound van or jeepney. From Cogeo, continue the trip aboard a Sampaloc-bound jeepney. Hire a tricycle ride from Sampaloc to Barangay Daraitan. 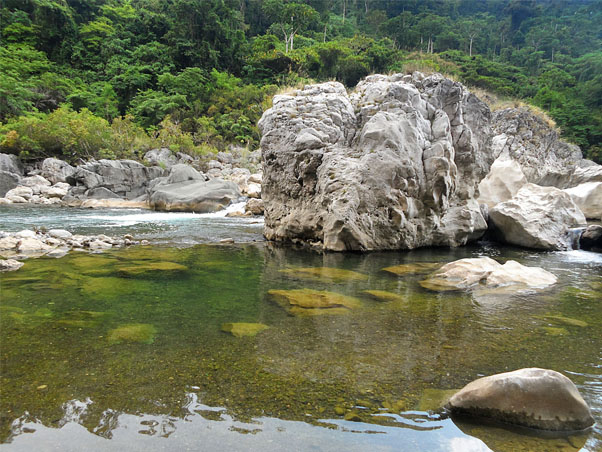 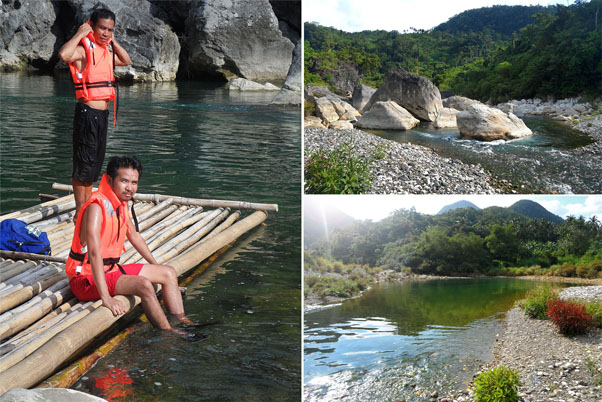 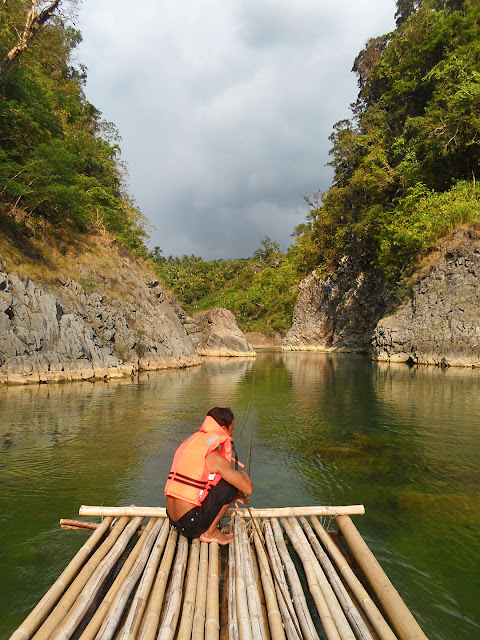 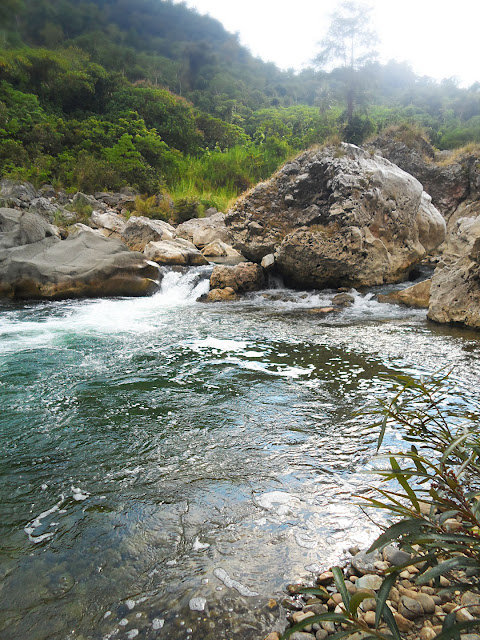 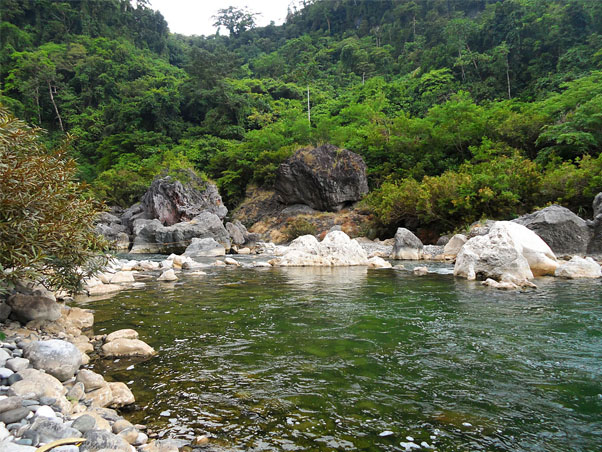 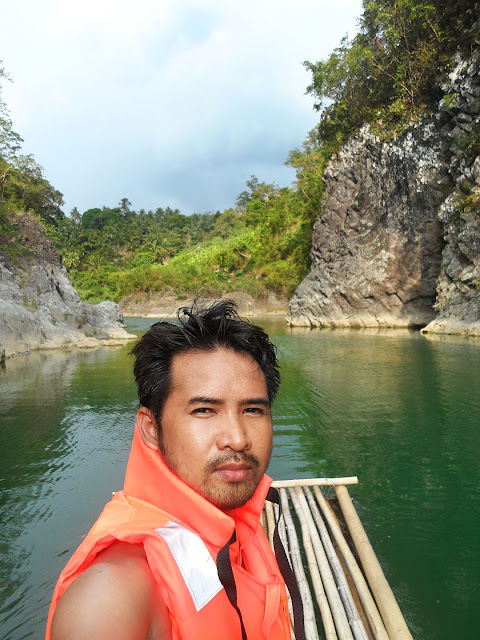