5 Reasons Why Five Fingers Is A Must-Visit In Mariveles, Bataan 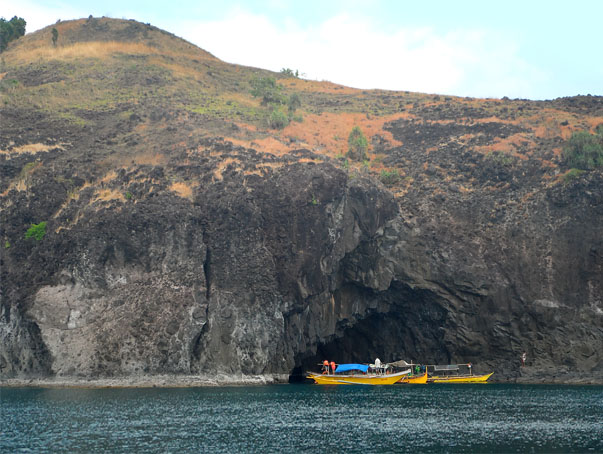 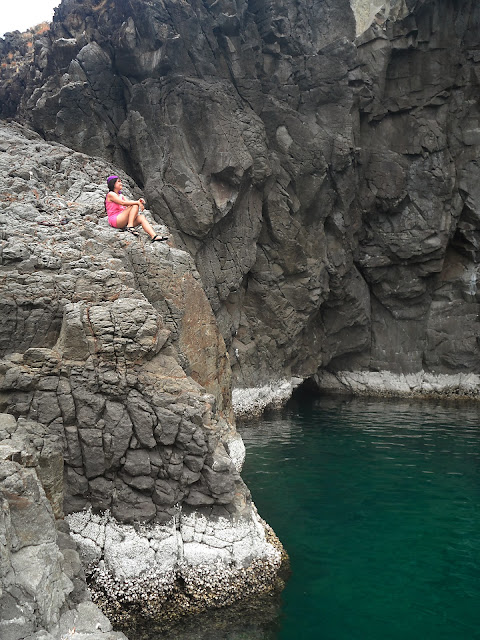 Mariveles sits at the southern tip of Bataan where the coastline of the province is deepest and most rocky. It's where the mouth of the Manila Bay makes it vulnerable to being a catch basin for all kinds of refuse and modern living's unwanted by-products. This is why trash from Manila and Cavite could often be found washed ashore in the rugged coves of the town where it's hardest to perform a regular coastal cleanup. Ironically, the same set of rugged coves is also the peninsula's new emerging tourist destination that's called Five Fingers.

Why Is It Called Five Fingers?

Five Fingers is a clever destination name that's been dubbed by the founder of the Facebook community page Bataan Weather Page, Rustan Jalos Padua, who has recently also formed a tour operation called the Mariveles Five Fingers Tour by BWP. It's with the latter that me and friends managed to secure a day tour schedule of this new attraction this March. The destination consists of a cluster of coves that appear to look like five distinct fingers when viewed from the air, hence the name.

Our Commute and Hotel of Choice

After arriving at the Port of Orion aboard the new ferry that's being operated by the 1Bataan Intergrated Transport System (ITS), I checked in with friends at The Oriental Bataan where we booked an overnight stay in anticipation of our day tour of Five Fingers.

The day tour entails hopping from one cove to another to really get a whiff of this new amazing but fragile attraction. After successfully introducing it to the public last year, Rustan added a few more stopovers like hiking on Cochino's Point and tackling the bizarre rock formations of Latain Point. This was the result of his frequent immersion in the area, especially since his guides are all accredited by the Department of Tourism and they're based in Mariveles.

The Kind of Travel That Hurts An Attraction

The attraction is no different from other emerging destinations that grapple with the realities of tourist arrival influx. With more and more people loosely experimenting with do-it-yourself (DIY) travels, opportunistic tour groups also appear in the picture to lure them into shady and risky deals. Each is a willing participant in this damaging cycle anyway. The disappointing results are not just to the traveler's disadvantage, but it's also hurting this part of Mariveles' once pristine rocky shoreline with unnecessary litter.

If there's a good reason why I decided to see it, it must be to discover a new side of Bataan that I haven't seen. I've hiked a highly-vegetated trail of the Bataan National Park and scoped various towns for culinary finds and historical landmarks. Cove-hopping was definitely something new for me to try in the province.

Based on my own experience, here are five reasons why Five Fingers is a must-visit in Bataan:

1. It's Accessible From Metro Manila Via The New Ferry.

Mariveles used to be accessible from Metro Manila for strictly less than four hours, and it still is, aboard a bus commute which any traveler can opt to ride. However, with the recent opening of the ferry route from Mall of Asia (MOA) Complex to the Port of Orion, the whole trip is reduced to just one hour and 40 minutes. The ferry ride itself is a full hour and a complimentary shuttle ride from the Port of Orion can bring passengers to Mariveles for roughly 40 minutes.

Once aboard your tour boat, expect the waves to be a little bumpy from the port to Bokanita Pass where the attraction actually starts. It's just for a few minutes then you'll see Los Cochinos Islands and eventually you will dock at the first stopover.

Lest you think that the coves of Five Fingers all look alike, think again.

The first stopover at Cochino's Point will have you hiking a steadily steep ascent for roughly 15 minutes. The difficulty level at what is considered as the "thumb" of the attraction is not for everyone, so you may not join this part and stay on the boat if your body is not in the best of condition to do vertical hiking. However, the rewarding view up Cochino's Peak is priceless. At the peak, the breeze is relentless. The views are expansive and you can actually see the "index finger" and "middle finger" parts of the attraction from up there, including the private resort of former President Ferdinand Marcos, Sr. who made Mariveles home to the country's first free trade zone.

At the base of Cochino's Point, travelers can get wet and snorkel their way through the natural tunnel to reach the other end.

There's really no cove that look the same in this whole attraction. Even the exotic-looking Apatot Cove is a refreshing breather from all the rock-studded scenery because it's actually a white sand beach where travelers can spend their idle minutes swimming or sunbathing.

Let's assume that you skipped the hiking part and missed the wonderful views up Cochino's Peak. Worry not because the rest of the cove-hopping will give you the chance to experience adventures that involve cliff-diving and more snorkeling.

The Natsu Dive Cliff is considered as Five Fingers' "index finger" part and it's where travelers are encouraged to do practice dives between 5 and 10 feet options. Should you decide to be more fearless, you can also rock climb to the top of this point and cliff-dive at a height of roughly 60 feet. No wonder this part of the attraction means "summer" in Japanese! It's where you let yourself go like the season.

A nearby attraction called Natsu Lagoon is recommended for snorkeling or rock wall-climbing.


4. The Rock Formations Are Impressive.

The presence of distinct rock formations in this part of Bataan is quite remarkable. The long rocky shoreline alone with its cascading hills and mountains, lagoons and strange-looking islets is entertaining enough to see from the boat.

One part of the attraction that deserves your stopover is Nagmandala Bay where a series of rocks jut out of the shore to form a natural stairway. Travelers can also attempt to cliff-dive here.

Another impressive rock formation that you shouldn't miss is the Nagbintana Arc where a gaping hole similar to a window is formed at its base, hence the name in Tagalog. Here, you can also snorkel and even tackle another bizarre rock formation called Latain Point that's next to it.


5. It Deserves To Be Preserved.

Since the attraction has been in the radar of local tourists for more than a year now, there's really no way to stop any attempt to bring a tour group there except if it was shut down or held by the neck like Boracay. This is, of course, if the only concern is the preservation of the place. However, the recent surge of tourist arrivals in the town for Five Fingers has not only helped promote the whole province to the world as an adventure destination. It's also been helping locals earn in additional ways beyond fishing. 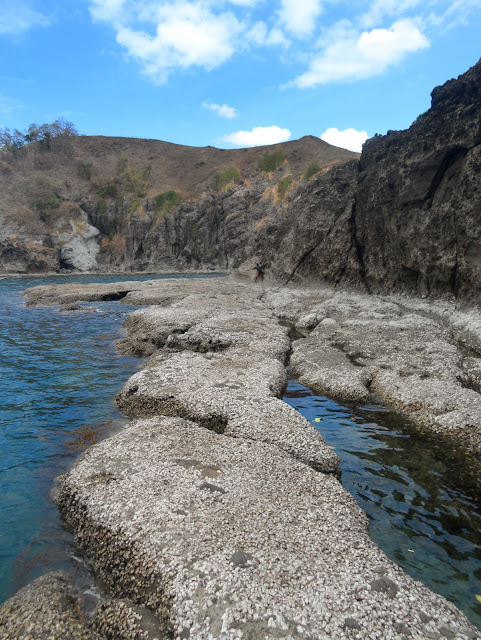 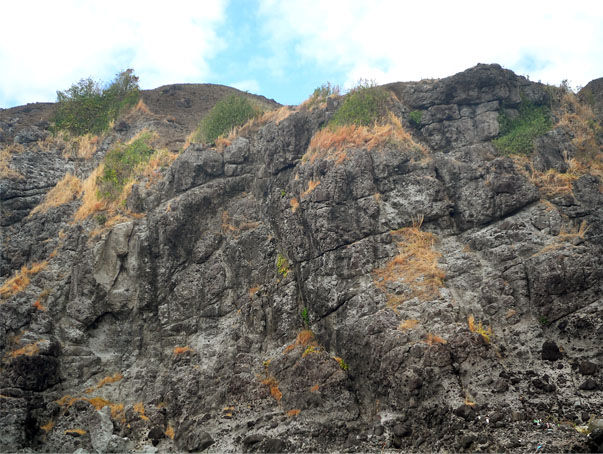 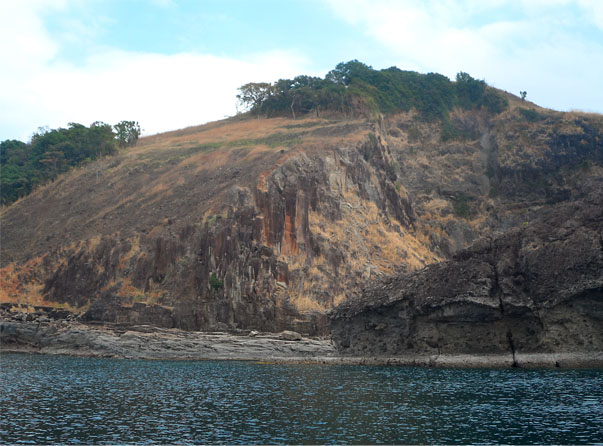 For that matter, the smartest thing to do now while it's still at its infancy is to control it from the wrist up. Aside from supporting regular coastal cleanup drives by groups that include the Bataan Weather Page, the local government of Mariveles is currently assessing tour fees to regulate what's being received and how it's distributed, including what goes to the preservation of the environment. The strategy also entails the regulation of legitimate tour operators, so that tourists will not support those that take advantage of the attraction and their guests in the process.


It's easy to understand why Five Fingers is easily making a lot of local and foreign tourists forego their originally planned far-flung destination getaway for it. Aside from being an amazing place, it's quite accessible from Metro Manila where most travelers are on layover or where they're mostly based. The challenge now is how to strike a balance between keeping the momentum and preserving the attraction for the future.

5 Reasons Why Five Fingers Is A Must-Visit In Mariveles, Bataan