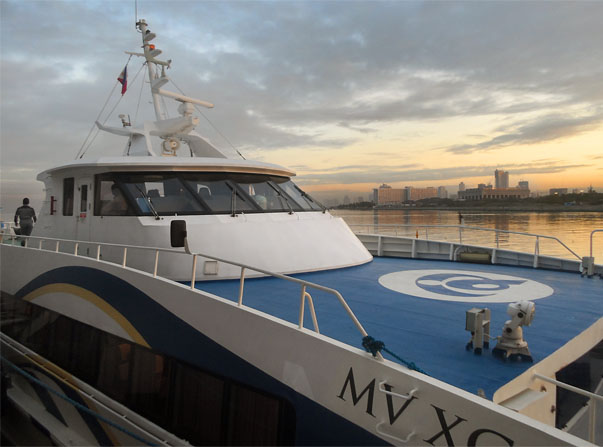 I've visited Bataan more than once and taking the bus worked for me as a solo traveler as much as riding a private car with friends. Those were the years when the ferry from Metro Manila to this nearby province was not revived yet. As such, the trips were all no less than three hours at best to think that both places are not really far from each other.

Once Upon A Time In Orion

The situation's worse when the destination is either Morong or Mariveles. Both of which lie on the other side of the peninsula and are harder to get to from Metro Manila. The only gap to overcome is the Manila Bay which is why there used to be a Roxas Boulevard-Port of Orion ferry ride in operation decades ago. Due to travelers' dismay over the then overpriced fare, the whole service got canceled. 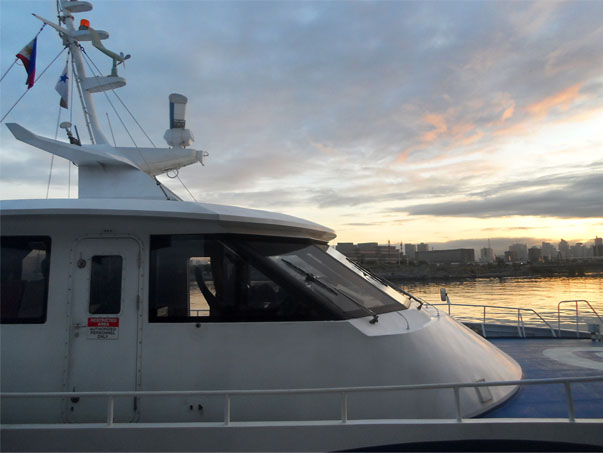 The Revival of The Ferry Route

This 2018, though, I had the chance again to travel with friends to Bataan and it coincided with the revived operation of the ferry. Although it started receiving travelers last December 11, 2017, it was only early this year when it's gotten regular passengers.

The air-conditioned MV XGC Express ferry is currently serving the Esplanade Seaside Terminal (SM Mall of Asia)-Port of Orion route and vice-versa. A one-way trip takes about an hour and it can accommodate between 104 and 108 passengers, including its VIP area.


Promo Fare and Long-Term Rates
The 1Bataan Integrated Transport System (ITS) that operates the fast ferry will start accepting online bookings by March 15 of this year via its website. Online booking won't be available prior to that date.

As of this writing, the promo fare for walk-in passengers is set at Php450 and it's available until March 14. Starting March 15, it's going to be Php799. Via online booking, the fare will be more affordable at Php450 as the automated service costs less to maintain. Senior citizen and PWD discounts are applicable and children below 2 years old are free of charge.

Pregnant women and pets are not allowed to board the ferry for safety reasons. Smoking, including using e-cigarettes, is strictly prohibited. Luggage that's more than 7kg. is also not allowed. 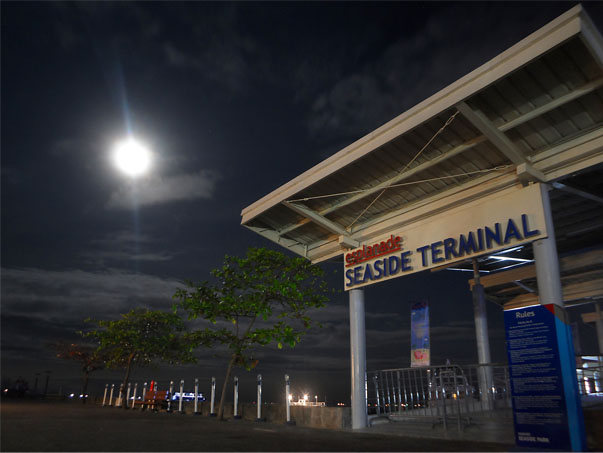 Ferry Terminals
The Metro Manila terminal can be found in Pasay City via the Esplanade Seaside Terminal. It's a stroll away from Tryp By Wyndham and the SM By The Bay. It opens as early as 6:00am. Passengers who come in earlier than that can take their seats at the terminal's outdoor benches where the Manila Bay view can be spectacular every sunrise.
At the Port of Capinpin in Orion, the Bataan terminal is a lot bigger and more spacious. Passengers who need to commute from any point in the peninsula can expect a ride at a tricycle terminal that's found along the Bataan Provincial Highway.
Passengers are required to check-in an hour and 30 minutes prior to departure time. The gate closes 30 minutes before the Ferry leaves the port. 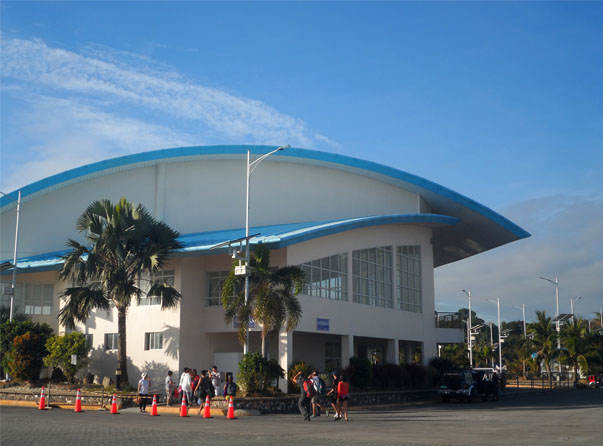 What To Expect On Board

All passengers have access to cup holders and emergency life vests. The bathrooms can be found at the back of the boat and are accessible to all. The seats are all numbered, so there's no point in scrambling for space. There are ushers to guide you just in case. A short video about on-board safety is played for everyone to view before the ferry leaves the terminal.
Booked At The VIP

Before boarding the ferry, I had to present a valid ID at the check-in counter for passenger verification and to secure my boarding pass. I also had to submit my luggage for a brief inspection and place a sticker on my shirt showing my assigned seat number for ushers to see.
I was booked with friends at the VIP area where a communal seating-style space awaited us. It's located at the front of the passenger area and divided into two behind a big flat screen TV divider that the rest of the standard seating passengers can see. The semi-private space allowed us to be seated more comfortably and engage in better conversations during the trip.

Our trip was a breeze. It's something that I can recommend to passengers who have a fear of traveling at sea or even those with kids.
Free Shuttle and Drop-off Points
Once we got off the ferry in Orion, we conveniently boarded one of the complimentary shuttles that were parked at the Port of Capinpin. 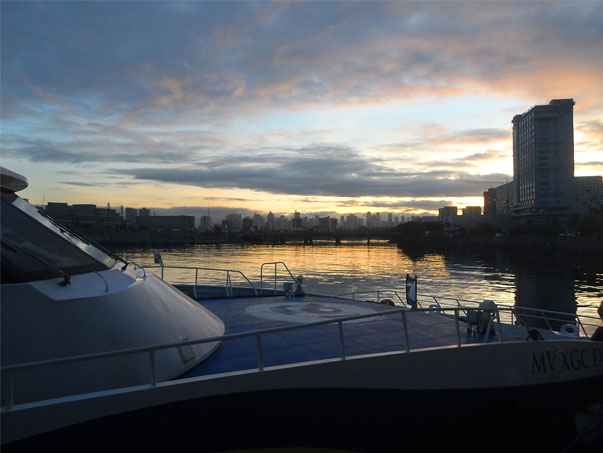 All in all, my ferry experience in Bataan gave me an enhanced visit of the place. The trip made me feel more relaxed and it managed to give me and my friends more time to include making a side trip to Mariveles' emerging Five Fingers attraction after our check-in at The Oriental Bataan in the same town.